by Rosabel Crean , in Beirut 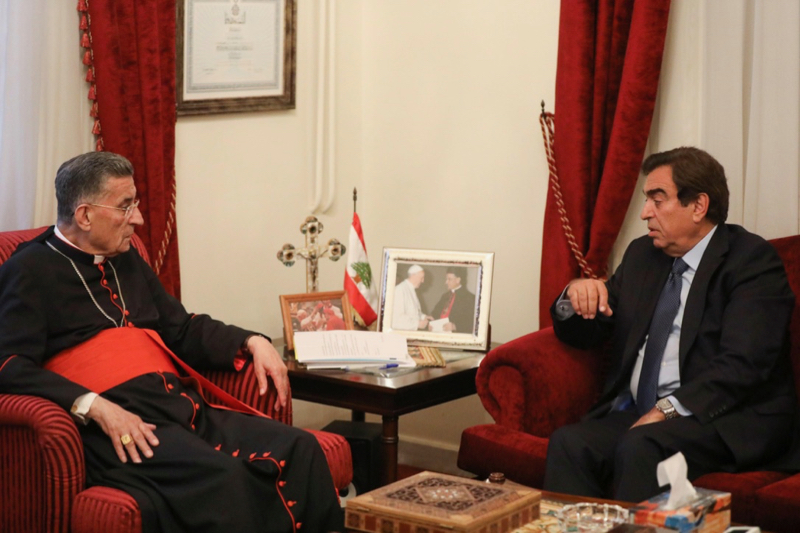 Prime Minister Najib Mikati has been effectively urging Lebanese information minister George Kordahi to resign, telling him “to listen to his conscience and take circumstances into consideration”.

A furious fallout with Saudi Arabia took place after a television interview aired in which Kordahi, speaking before he was in government, said the Iran-aligned Houthi rebel group in Yemen are “defending themselves…against an external aggression”, while he dismissed the war as “futile”.

Kordahi is one of a handful of Maronite Christian ministers.

The comments were immediately deemed offensive by Saudi Arabia, which has intervened in Yemen’s civil war since 2015, when the Houthi rebel group gained control of the capital city Sanaa from the country’s internationally recognised and Saudi-backed government.

In a dramatic response, Riyadh banned all imports from Lebanon, dealing another blow for Lebanese businesses, already battered by the country’s severe economic depression and a Saudi embargo on Lebanese fruit and vegetables in place since April, following a foiled drug smuggling attempt.

Bahrain, Kuwait and Saudi Arabia recalled their ambassadors and expelled Lebanese diplomats. Saudi and the United Arab Emirates also prohibited citizens from travelling to Lebanon, in the worst spat in years.

Relations were further strained over the past week when a recent audio recording was leaked of Lebanon’s Foreign Minister. Abdallah Bou Habib spoke sourly of Saudi Arabia’s relationship with Lebanon in an interview with Saudi daily Okaz, saying: “If we sack Kordahi, what will we get from the kingdom? Nothing … they’ll ask for more.”

The kingdom historically has been a major investor in Lebanon and the current dispute is threatening guarantees of future financial aid, which Lebanon desperately needs. This week, a delegation from the Arab League is expected to visit Beirut to address the rift, in the latest attempt to defuse tensions. Mikati also reportedly contacted Maronite Christian Patriarch Boutrous Bechara al Rai, who is influential in the political scene, to seek support for Kordahi’s ousting.

Kordahi has insisted there is “no question” of his resignation over the affair, which has shrouded Mikati’s barely two-month-old cabinet in embarrassment.

The crisis has also distracted efforts to rescue the country from a deepening economic downturn, which has blighted the population with months-long shortages of electricity, petrol and medicines, and soaring inflation. Three-quarters of Lebanon’s six million population have fallen into poverty.