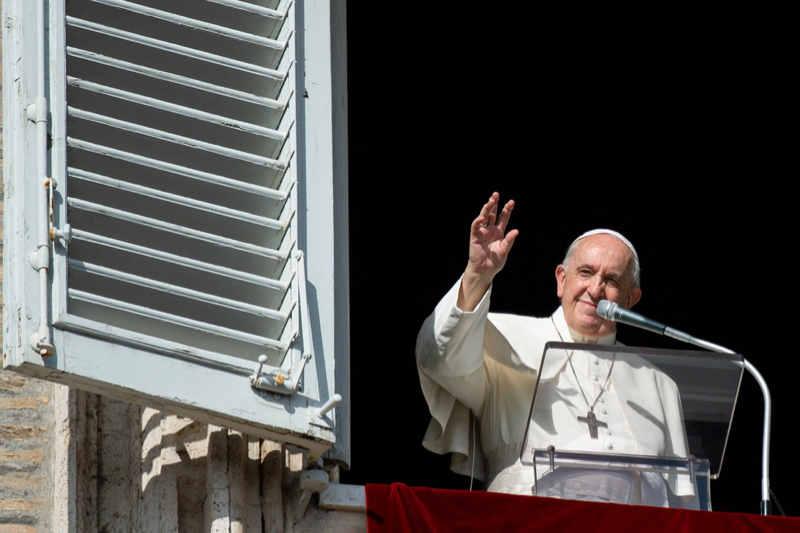 Pope Francis has warned that if action is not taken at COP26 to remedy the ecological crisis already underway, “we would face God’s judgement” for “our failure to act as stewards of creation”.

The message from the Pope to Scots Catholics was read out by Archbishop Claudio Gugerotti, the Pope’s representative in the UK, at a special Mass attended by all eight of Scotland’s bishops.

Asking Scots Catholics to “persevere in the faith”, the Holy Father asked the faithful of Scotland to pray that they renew “their commitment to being convincing witnesses of the joy of the gospel”.

The Pope said in his message: “Time is running out. This occasion must not be wasted, lest we have to face God’s judgement for our failure to be faithful stewards of the world he has entrusted to our care.’

The homily, entitled “To the Catholics of Scotland”, also imparted the Pope’s blessing upon the assembled faithful at the Mass in St Augustine’s church, Coatbridge.

Present at St Augustine’s, a parish church of the Motherwell diocese, were hundreds of lay Catholics, clergy and delegations of students from the Catholic primary and secondary schools of the area.

Coatbridge in North Lanarkshire is a heavily Catholic town, with 23,000 Catholics comprising well over half of the resident population. Commenting on this fact before reading out the Pope’s message, Archbishop Gugerotti noted that he was in “the heart of Catholic Scotland”.

The Pope, who had been “very afflicted and very sad” when he was unable to attend COP26, according to the Nuncio, used the homily to stress his concern over the consequences of unmitigated climate change.

Before delivering the Pope’s homily, Archbishop Gugerotti, Papal Nuncio since last year, revealed that Francis had asked him to meet with the whole Catholic community. He asked the laity present that if they felt the hierarchy’s expression of Christ’s love was deficient, to let them know how “to do better”.

Although the special Mass was originally announced to mark the 2021-2023 synodal process now underway, the synod itself went largely unmentioned in the course of the celebration.

St Augustine’s in Coatbridge,  Pugin church built between 1896 and 1906, has become one of Scotland’s most prominent Catholic churches in recent years, with BBC Scotland live streaming mass from the parish on Easter Sunday last year.

The mass followed an 8 November meeting of the Scottish Bishops, where Bishop Hugh Gilbert of Aberdeen was re-elected as president of the bishops’ conference for a three-year term. Bishop John Keenan of Paisley was re-elected as vice-president and Bishop Brian McGee of Argyll and the Isles was re-elected as episcopal secretary.