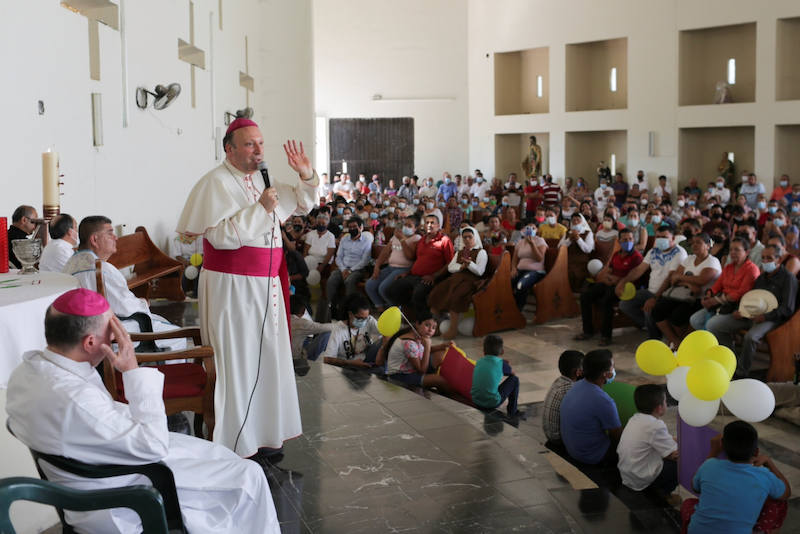 Archbishop Franco Coppola , Apostolic Nuncio to Mexico, has revealed that 12 bishops in Mexico are being investigated for covering up the abuse.
CNS Photo / Alan Ortega, Reuters

Twelve bishops in Mexico are being investigated for covering up the abuse of minors and vulnerable adults, although no conclusions have so far been reached, the Vatican ambassador to the South America nation has revealed.

Archbishop Franco Coppola, the Apostolic Nuncio to Mexico, said that some of the investigations, carried out on the basis of new norms established by Pope Francis, have been referred to the Vatican itself.

With the Nuncio’s revelation that more than one-sixth of Mexico’s Bishops are under suspicion of concealing abuse, the image of the Church in the overwhelmingly Catholic nation is likely to be further tarnished.

In 2019 one bishop revealed that at least 103 Catholic priests in Mexico have been suspended in the past nine years for sexual abuse against minors, out of more than 271 priests have been accused of sexual abuse.

In 2020 the Pope sent the team of investigators he directed to Chile in 2018 to Mexico, in a move suggesting problems of abuse and cover-up in Mexico could be as severe as the Chilean crisis. Although the visit was cancelled, Archbishop Coppola, the Papal representative in Mexico, has made confronting the abuse crisis a personal priority.

Mexico was at the epicentre of one the most significant cases of abuse and cover-up in the recent history of the church, that of Fr Marciel Maciel, founder of the Legionaries of Christ.

An internal report by the religious order in 2019 concluded that Maciel had abused at least 60 minors over decades – during which Maciel, and the legion, were regularly lauded by the institutional Church.

The consequences of the scandal continue to unfold. When Archbishop Coppola released his personal email and appealed for victims of abuse to come forward, most of those who contacted them wanted, he said, to talk about the Legionaries of Christ.

With 84 million Catholic residents, Mexico has one of the highest number of Catholic inhabitants in the world, second only to Brazil. The moral authority of the Church in Mexico has been eroded in recent years, however, with protestant denominations making inroads in the north and south of the country. Across Latin America, the portion of people who identify as Catholic has declined in recent decades, from around 90 per cent in the 1960s to 69 per cent in 2014.