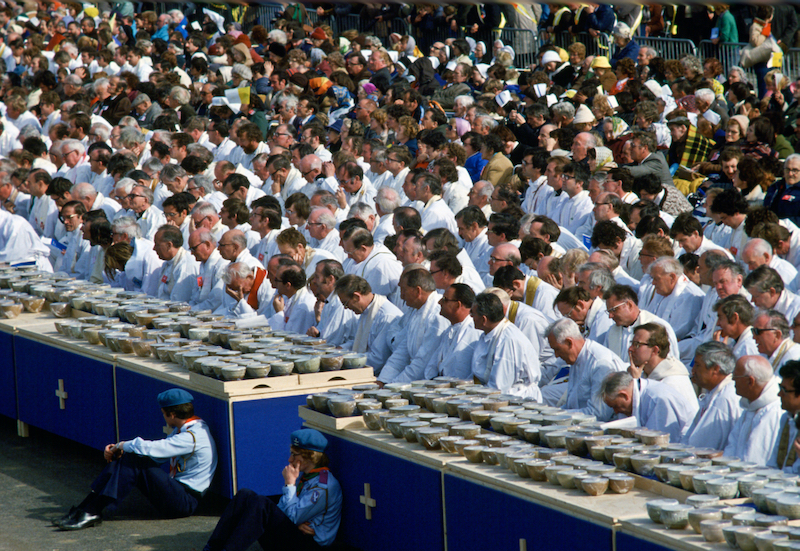 Pope Francis has warned against what he calls “the virus of clericalism”.
CNS photo/Paul Haring

The Vatican’s decision to extend the duration of the first phase of the synodal process has been welcomed by the diocesan coordinator of the Diocese of Killala’s listening process.

Fr Brendan Hoban, who has helped oversee the three-year Placing Hope in Faith process, told The Tablet that the move “makes sense”.

Last week, the Vatican announced that the Council of the Synod of Bishops had decided to extend the deadline for the presentation of the summaries of the consultations by Episcopal Conferences until 15 August 2022.

The move followed numerous requests for more time in order to give people a greater opportunity “to have an authentic experience of listening and dialogue”.

Welcoming the decision, Fr Hoban told The Tablet that it would be difficult to deliver a genuine, effective and credible listening process even within the changed timetable.

“We need to be aware of the legacy of failed ‘listening’ exercises in the past and the resulting and enduring distrust that remains,” he warned.

He noted that in Killala diocese, the listening section of the synodal initiative, lasted three years from 2015-2018.

“While it is understandable that the ‘listening to the people’ segment of the present synodal journey hasn’t the luxury of that time-span, any indication that the listening process is being rushed will only serve to convince Catholics that it is not being taken seriously,” the retired Co Mayo parish priest said.

Two key elements of the listening process in Killala were a confidential survey of Catholics the results of which were analysed by an independent research company and a diocesan assembly, comprising 300 delegates from the 22 parishes of the diocese, who voted confidentially to prioritise the top five proposals in ten different categories.

“The time, attention and resources devoted to ensuring an honest and respectful listening process were necessary, indeed essential in convincing those who participated that the process was meant to be and was seen to be taken seriously,” he said.

Fr Hoban stressed that “an open agenda is essential”. He said: “Ruling out matters as not for discussion effectively compromises the integrity of the process and confirms the belief, as before with listening exercises in different dioceses, that nothing has changed or will change and that keeping control of the process was more important than finding out what people think.

“Time and again Pope Francis has warned against what he calls ‘the virus of clericalism’. It would be a pity if the synodal pathway, entered into by so many with such hope and purpose, becomes just another failed victim of an inflexible or manipulative clericalism. The difficult truth is that synodality and clericalism are polar opposites – if you are one, you can’t be the other. You can’t be both.”

Last week, Bishop John Fleming of Killala told the Irish Catholic newspaper that he was willing to bring the views of the people of his diocese to the Vatican on issues such as mandatory celibacy and women priests.