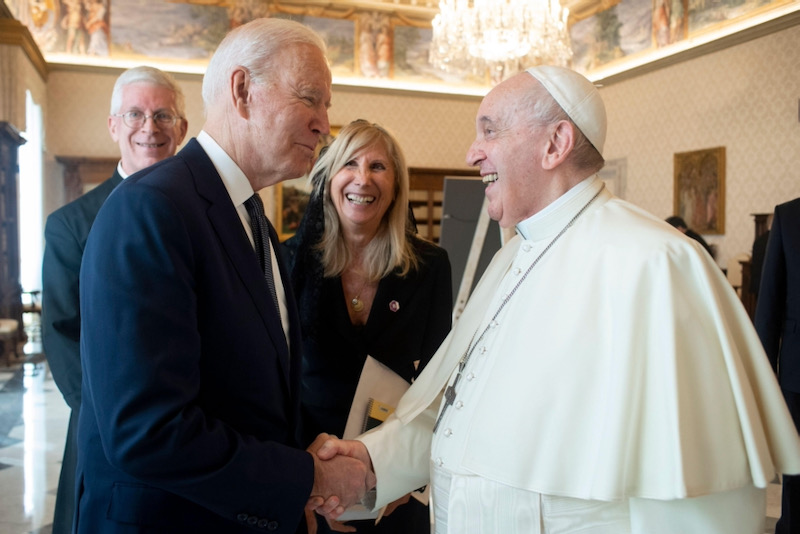 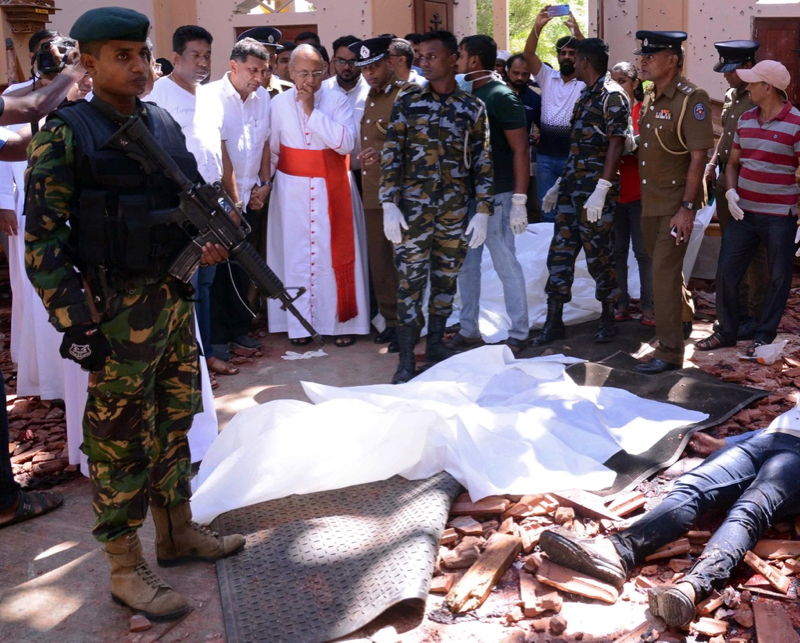 Cardinal Malcolm Ranjith of Colombo, Sri Lanka, looks at the explosion site inside a church in Negombo April 21, 2019.
CNS photo/Reuters

Cardinal Malcolm Ranjith, Archbishop of Colombo, has accused the Sri Lankan government of complicity in a conspiracy to cover up a report into the 2019 Easter Sunday bombings, which singled out the country’s Christian community. He was speaking at St Anthony’s Shrine in Kochchikade, a target of the attacks, which killed nearly 300 people. Cardinal Ranjith has repeatedly lamented the lack of progress in investigating the Islamist suicide bombings of three churches and three hotels.

The Vatican has issued new rules for the postulators who promote the causes of candidates for beatification and canonisation. The rules are designed to guard against conflicts of interest, limiting the postulator’s access to funds collected to advance a cause.

A new decree from the Congregation for Divine Worship aims to highlight the responsibilities of bishops’ conferences in translating the Latin liturgical texts into vernacular languages. Archbishop Arthur Roche, the Congregation’s new prefect, said that the new decree, Postquam Summus Pontifex, clarifies how those changes made by Pope Francis in the 2017 motu proprio, Magnum principium, which affect the competences of the bishops and of the Congregation, are to be implemented.

After Iraq’s parliamentary elections on 10 October, post-electoral controversies have arisen over the distribution of the five parliamentary seats reserved by the electoral system for Christian candidates. According to the new parliamentary elections law, all of Iraq was considered a single electoral district for Christians, where voters from any religious and ethnic groups could vote for candidates from the Christian community running in any province. The key objection is that the five new MPs do not really represent Iraqi Christians, given that 90 per cent of the votes cast in their favour did not come from Christian voters.

The Bishopric of the Diocese of Talca in central Chile – which housed offices for youth ministry, pastoral action and the university student house foundation – has been ransacked and torched. Since October 2019, Chile has faced crises in political, economic, social and religious spheres, triggering violence, looting and fires that have not spared churches.

American tech giant Apple has had a Bible app and a Qu’ran app removed from its app store in China following requests from officials, triggering condemnation from rights groups over violations of religious freedom.

US immigration advocates including members of the Catholic Legal Immigration Network staged a “walkout” from a virtual meeting on 16 October with members of the Biden administration, accusing it of failing to craft more humane policies. The advocates were especially upset that President Joe Biden was resuming the “Remain in Mexico” policy. This requires those seeking asylum to stay in Mexico until their hearing is scheduled. A federal court ordered the administration to restart the policy, but the advocates remain indignant.

The Yad Vashem World Holocaust Remembrance Centre on 21 October posthumously recognised two French clergy members who lived in Rome as Righteous Among the Nations. The recognition is the highest honour the centre gives to those who risked their lives to rescue Jews from the Nazis during the Second World War. A ceremony honouring Cardinal Euge`ne Tisserant (pictured) and Mgr Andre´ Bouquin, as well as a French diplomat, Franc¸ois de Vial, will be held at a later date. As Patriarch Bartholomew celebrated 30 years since his election as Ecumenical Patriarch, Pope Francis sent him a congratulatory letter, expressing his support for his commitment to safeguarding Creation and the need for spiritual renewal. “With the outbreak of the pandemic and the ensuing grave health, social and economic repercussions, your testimony and teaching on the need for the spiritual conversion of humanity have acquired enduring relevance,” said the Pope. Bartholomew I was elected Ecumenical Patriarch of Constantinople, spiritual leader of the world’s Eastern Orthodox Christians, on 22 October 1991. He was installed as 270th successor to the Apostle Andrew on 2 November 1991.

A Hong Kong judge has ordered a group of democracy activists to accept bail after they declared they would rather remain in pre-trial detention than be released with restrictions. Five activists from Hong Kong Alliance – a group that used to host Hong Kong’s annual Tiananmen vigils – appeared in court for a new bail hearing. “If I am made to choose between physical liberty and freedom of expression, I will choose the latter,” Chow Hang-tung, a trained lawyer and one of the defendants, told the court.

UN human-rights experts in Geneva have appealed to Pakistan to immediately release Stephen Masih, a Christian detained for over two years, awaiting trial for allegedly committing blasphemy during an argument with a neighbour.

Cafod has expressed concern about an outbreak of the ebola virus in Democratic Republic of Congo. The country’s health services reported five new cases in the north-eastern Beni region. Three people have already died from ebola in this most recent outbreak.

The Archdiocese of Santa Fe, New Mexico has clarified that the recent “ordination” of Anne Tropeano at the Episcopal cathedral in Albuquerque was invalid. It was organised by the schismatic US Association of Catholic Women Priests.