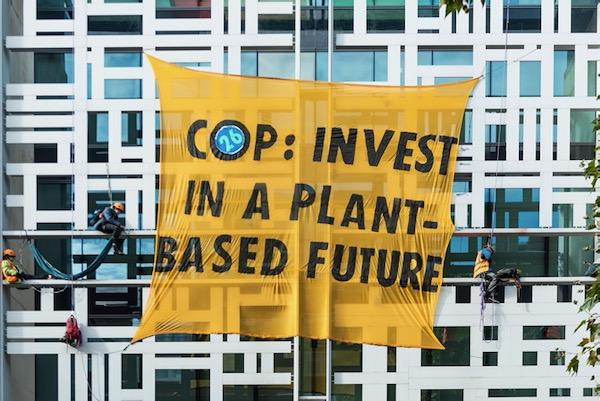 World leaders are 'way off track' from addressing climate change

People gather at the Scottish Parliament to protest at the coup in Sudan.
sst/alamy

A Catholic Bishop has criticised Sudan’s new military government as a backwards step, amid warnings by Christian charities that the African country’s fragile religious freedoms may well be under threat.

Bishop Yunan Tombe Trille, Bishop of El Obeid in Sudan, added in a statement that “the international community should put pressure on the junta to value life”.

In a comment on reports of government forces opening fire on protestors, Trille, the President of the Sudan Catholic Bishops’ Conference (SCBC) told ACI Africa, a Catholic charity, that he was calling for the military to hand power back to a civilian administration.

In a context of widespread drought and an ongoing humanitarian crisis, some Christian charities see the military takeover as a bad omen for religious freedom in the north-east African nation.

Out of 43 million Sudanese, just 1.8 million subscribe to various forms of Christianity, and years of persecution during the dictatorship of Omar al-Bashir have left Churches there anxious about their future. Those anxieties are likely to worsen if the ongoing coup is successful in the long-term, with one watchdog arguing the attempted power-grab may well turn the clock back on religious freedom.

Under President al-Bashir’s rule, an apostasy law recommended converts to Christianity from Islam be publicly flogged. According to Illia Djadi, senior analyst for the Christian persecution watchdog Open Doors, the coup “plunges the country in a new period of uncertainty.” After a “hopeful few years,” Djadi added, the coup seems to threaten to “roll back all guarantees of religious freedom.” In his 30-year rule, lasting from 1989 to 2019, al-Bashir declared Sudan an Islamic state, implementing his interpretation of sharia law on the regulation of drink, dress, marriage, finances, land ownership and other aspects of everyday life.

Mervyn Thomas, president of CSW, said: “CSW is deeply concerned by the suspension of key aspects of the power sharing agreement and the military’s unilateral dissolution of the government, which clearly undermines the will of the people, who do not want to be ruled by the military. The news of the deaths and injuries of protestors is particularly alarming, raising the spectre of the state violence witnessed under the previous regime.”

Sudan’s intense persecution of religious minorities led many thousands of Christians, Jews and other non-Muslims to emigrate, and even induced the creation of a new country. South Sudan, created by plebiscite in 2011, is majority Christian, with 2.7 million Catholics comprising the largest single denomination in the small, landlocked nation. Although Islamism in Sudan itself is reportedly in decline as a mass force, “political Islam” continues to draw upon reservoirs of support amongst military personnel and parts of civil society.