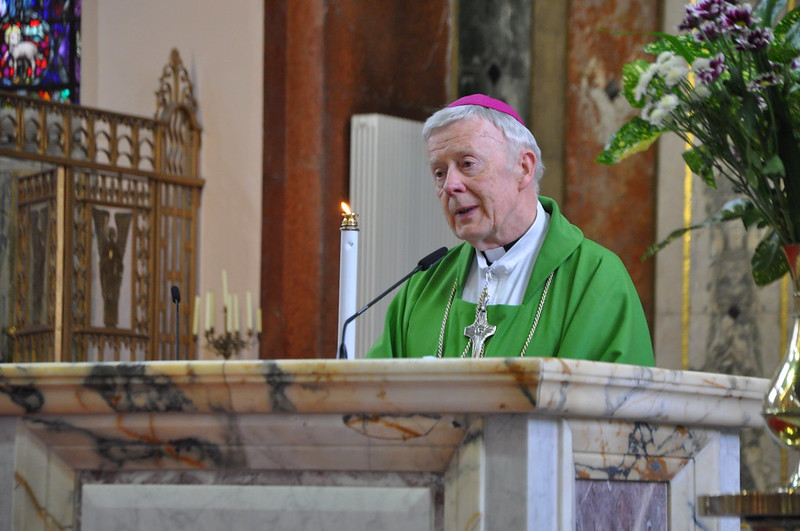 Bishop thanks Catholics for opposition to Assisted Dying Bill 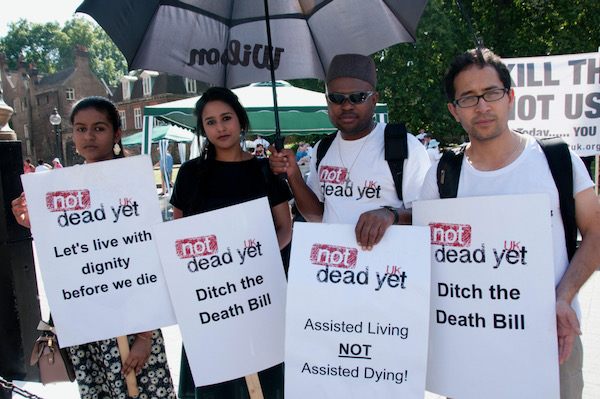 Bishop John Sherrington, lead bishop for life issues for the Bishops’ Conference of England and Wales, has thanked Catholics for writing to peers and praying that the Assisted Dying Bill might be defeated.

“I would like to thank all those who have prayed that this Bill might be defeated and who have written letters to peers sharing their experiences and opposition to the Bill,” he said. He told The Tablet: “The passion associated with this debate invites further reflection about how we care for our elderly, the financing of such care, as well as the relationship between health and social care.” He called for “good spiritual accompaniment at all stages of sickness and terminal illness when such care can bring great solace and love to those at their most vulnerable.”

In spite of strong opposition from British religious leaders and more than 1,600 medical professionals, the new Bill to allow assisted dying passed its Second Reading at the House of Lords last Friday. Tabled by Baroness Meacher, chair of Dignity in Dying, it came after two previous proposals which failed to become law before the 2015 UK General Election.

The Bill, as it currently stands, proposes to allow terminally ill people to seek assistance from in taking their own lives, a measure which would amend the current provisions of the 1961 Suicide act which make it an imprisonable offence to assist a person to commit suicide.

Proponents of the legislation argued that it was narrowly focused and aims only to relieve the pain of those who are already dying. Baroness Meacher described it as “a truly modest Bill based on tried-and-tested laws from overseas”.

She said: “This Bill is an attempt to drag our assisted dying legislation out of the 1960s and into the present day. It is not a euthanasia Bill; it would read very differently if it were. What are the main provisions of the Bill? It would give terminally ill, mentally competent people over the age of 18 the right to choose the manner and timing of their death. To be eligible for an assisted death, two independent doctors would have to confirm that the person requesting assistance had a life expectancy of no more than six months.”

Labour MP Frank Field said: “I’ve just spent a period in a hospice and am not well enough to participate in today’s debate. If I had been I’d have spoken strongly in favour of the Second Reading. I changed my mind on assisted dying when an MP friend was dying of cancer and wanted to die early before the full horror effects set in, but was denied this opportunity … A major argument against the Bill is unfounded. It is thought by some the culture would change and that people will be pressurised into ending their lives. The number of assisted deaths in the US and Australia remains very low, under one per cent, and a former Supreme Court judge in Victoria has concluded about pressure from relatives that ‘it just hasn’t been an issue’. I hope the House will today vote for the Assisted Dying Bill.”

Bishop Sherrington said after the debate: “The Bill has now passed to committee stage, without a vote, as is the convention of the House, and given that it is not supported by the Government, it will likely run out of time and not become law.” He promised “to continue to scrutinise and challenge this legislation in the months ahead”.

If passed, the Bill would legalise assisted dying as a choice for terminally ill, mentally competent adults in their final six months of life. Two independent doctors and a High Court judge would have to assess each request which, if granted, would enable a patient to die in a manner and at a time and place of their choosing.

Concerns about where laws in this area would end were raised in the debate on Friday by Lord Harries of Pentregarth, a former Army officer and Church of England bishop, who said: “in Belgium it goes much further and anybody with a of cluster of ailments – what they call polypathology – can actually ask for assisted dying. Fatigue has been added to the list and, if you are young and claim extreme deep depression, again, you can ask. This is not scaremongering; it is the way a lot of people are beginning to think. The question is whether we really want to go down that route. At the moment, we have a bulwark in place, and I think that that bulwark should stay; I do not want us to go down that road.”

In the Netherlands, although medical supervision is required, euthanasia is permitted in cases of chronic pain and disability as well as terminal illness, and in recent years this definition has been widened to include those with severe mental illnesses. However, many in the Netherlands are arguing for still broader access to euthanasia. A Dutch psychologist, Wim van Dijk, revealed to a newspaper a few days ago that he had illegally provided more than 100 of his patients with “suicide powder”.

The debate has extended well beyond parliament, with Archbishop Justin Welby, Cardinal Vincent Nichols and The Chief Rabbi, Ephraim Mirvis sending a joint letter to express their “profound disquiet” over the Assisted Dying Bill.

They wrote: “As leaders of faith communities, we wish to express our profound disquiet at the provisions of the ‘Assisted Dying’ Bill currently in the House of Lords. We acknowledge that Baroness Meacher is seeking the alleviation of suffering. This motivation we share wholeheartedly, but we disagree on the means advanced to address this very real concern. In particular, we are conscious of the risks and dangers entailed in the provisions of the Bill and the ‘real-life’ practical inadequacies of the proposed safeguards.

“By the faiths we profess, we hold every human life to be a precious gift of the Creator, to be upheld and protected. All people of faith, and those of none, can share our concern that the common good is not served by policies or actions that would place very many vulnerable people in more vulnerable positions. We appeal to people of whatever faith or belief to join us through our common bond of humanity in caring for the most vulnerable people within our society.

“In contrast to the proposals in this Bill, we continue to call for measures to make high-quality palliative care available to all at the end of their lives. We believe that the aim of a compassionate society should be assisted living rather than an acceptance of assisted suicide.”