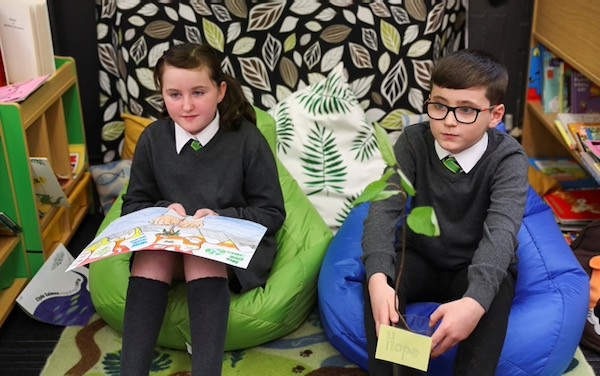 Catholic Church will be 'everywhere' at COP26 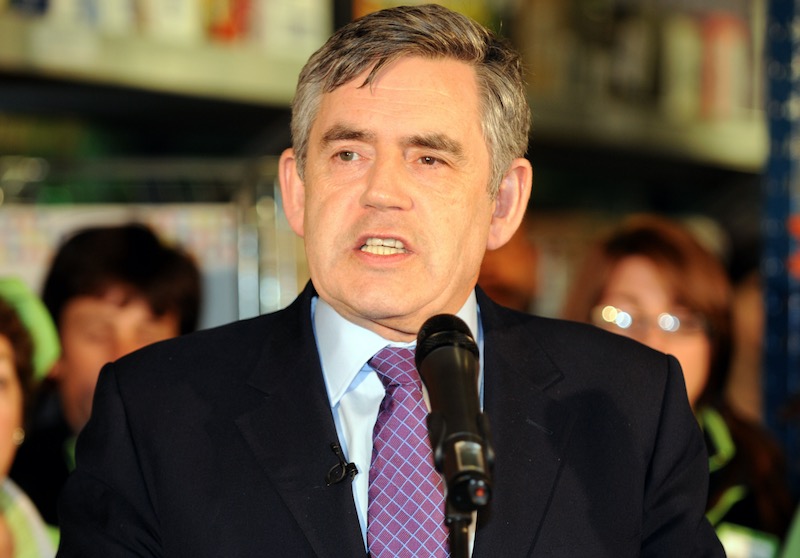 Former Prime Minister Gordon Brown has warned that giving up on the battle to combat climate change cannot be an option.

Speaking ahead of the COP26 climate summit in Glasgow, that is being billed as the last chance to secure a collective deal to keep global temperature rises to no more than 1.5C, the former Labour leader, who served as PM between 2007 to 2010, said: “Shrinking from the climate fight is not an option. Global problems need global solutions.”

He said the world was now in the “make or break” decade. “COP26 is the world’s best hope against the upcoming climate catastrophe.”

Though 60 per cent of countries were now committed to some form of net carbon zero targets, he said that the commitments made by the large countries were “not nearly sufficient” to limit warming to the one and a half degrees promised in the Paris Climate Agreement.

“So we must now ratchet up the commitments at COP26 that countries make to get to net carbon zero. We must require companies worldwide to disclose their carbon footprints; we must mobilise science to deliver ever cleaner energy to end our dependence on oil, gas and coal; and we must plant trees, restore the soil, and remove carbon from the atmosphere.”

He also called for a global green new deal that creates new jobs from sustainable technologies and industries, as well as agreement on fossil fuel subsidies, carbon pricing and the amplification of nature-based solutions.

“The missing element of course is finance. Over the course of the next year, we have to agree the funding of our carbon ambitions. The situation is perilous. But we are not powerless. We should feel hopeful and motivated to create a climate that offers a home to everyone and is harmful to no one.”

He said an even bigger public movement needed to be created to demand change.

Mr Brown said he had drawn inspiration from Pope Francis’ book Let Us Dream which he described as “a remarkable testament from a remarkable religious leader”. He also praised Catholic Social Teaching.

“I think that we can all agree that the greatest movements for social change in history – 200 years ago, the abolition of slavery; 150 years ago, the start of the emancipation of the working classes; 100 years ago, women's rights; 50 years ago, the rights of the disabled and all minorities – all these movements have been built on ethical foundations more often than not inspired by men and women of religious faith.”

Recalling how in 1962, President JF Kennedy told America it should complement its Declaration of Independence with a declaration of interdependence, he noted how every major faith without exception, from Judaism, Hinduism, Sikhism, Islam, as well as Christianity, has the same golden rule at its heart: “Do to others what you would have them do to you.”

Interdependence provides a platform for the international cooperation we really need to address the climate crisis, Gordon Brown said, as it would help transcend the I, the me, the “I want it now” selfish individualism that has been so dominant in recent times, and help people to think about the “power of us”.

He said the negotiations in Glasgow would test today’s leaders to see if they have the imagination and the vision to set aside the “corrosive nationalism” and divisions of the last decade.

“To demonstrate that a country’s national interests are best advanced not by isolating themselves from the rest of the world, but by global cooperation. And if we do so, and champion the empathy and solidarity that can underpin cooperation, this will give all of us, the peoples of the world hope. And then in Pope Francis’ words, ‘we have not only dared to dream we could create a better world’ but as men and women of faith, we are bringing that new world into being.”

Other speakers at The Tablet event included Christine Allen, director of Cafod, who described climate finance as a critical issue and highlighted how money pledged to help low-income countries adapt to the impact of climate change had yet to be delivered.

“This commitment to finance is really critical because low-income countries need support to leapfrog the dirty industries that, frankly, we have gotten rich through.”

She said agencies like Cafod were focused on the question of climate justice because a lot of development work was literally being “washed away” by natural disasters such as flooding, crop failures, and food crises caused by erratic weather patterns.

“Right across the world, it’s the poorest paying the price,” she said.

Andy Atkins, chief executive of A Rocha UK, said COP26 needed to bring about “massive cuts in greenhouse gases” to levels way beyond what countries have currently promised in their Nationally Determined Contributions (NDCs) because targets were “way off track”.

He also called for a halt to the destruction of natural carbon sinks such as forests, wetlands, and grasslands, which absorb carbon.

Speaking about the potential of the churches to make a positive impact on the crisis, he highlighted how there are 50,000, self-identified worshiping Christian communities and churches across the denominations in Britain. “We’ve got land, we’ve got buildings, which we can use to cut carbon emissions practically. What a sign of hope,” he said.

Josephine Carlsson, church ethics lead with CCLA, a specialist investment manager for religious organisations and charities in the public sector, which sponsored the event, noted that climate change is the largest threat to investments.

Ms Carlsson, who is also secretary to the Church Investors’ Group, which has assets of about £21 billion, described how CCLA had been one of the seed funders, with the government, in the clean growth fund in the UK. She said investors can use their ownership of companies to drive change and push things forward.