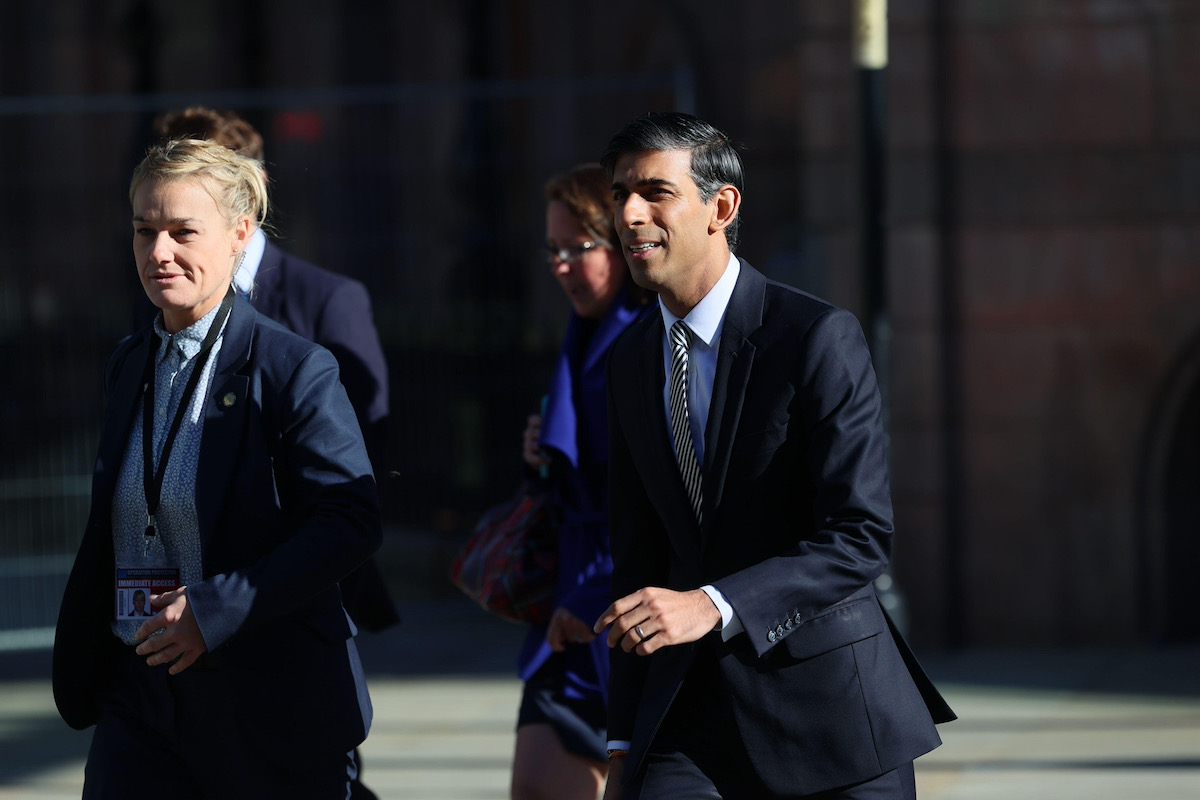 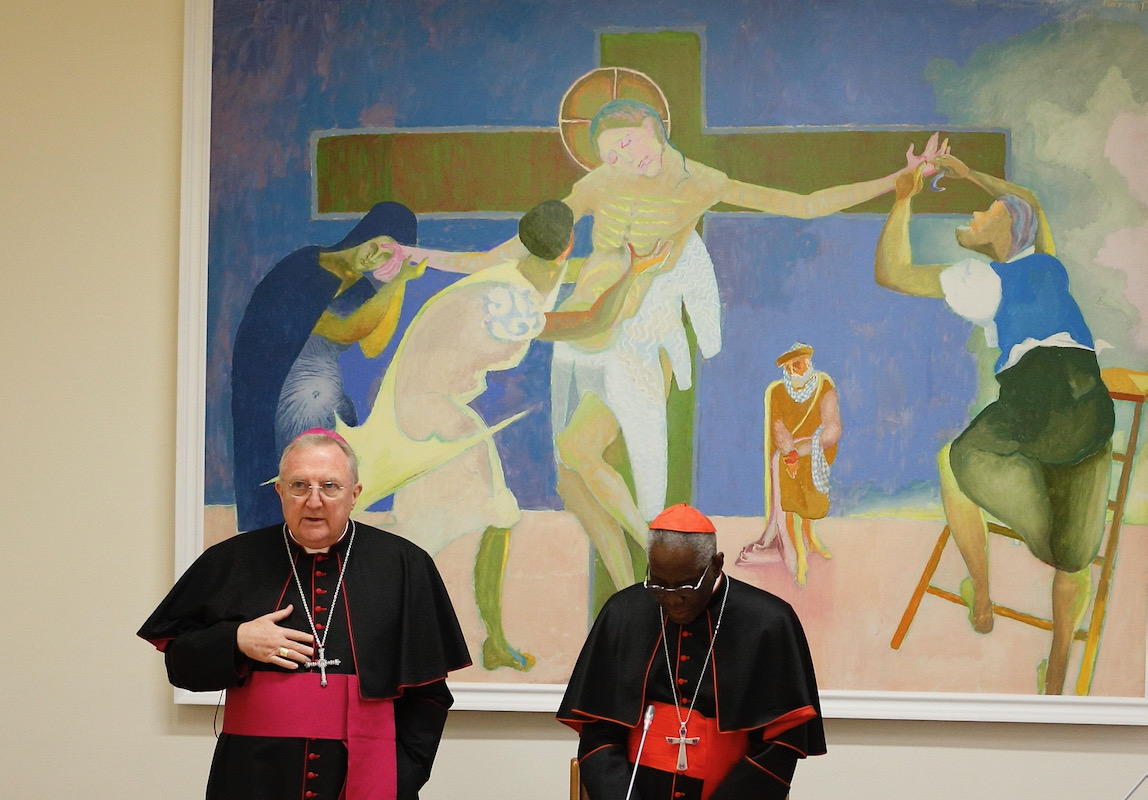 Archbishop Arthur Roche, Prefect of the Congregation for Divine Worship, has said Vatican II is the guide for liturgical reform and has warned against “ideologies”.

The leader of the Holy See’s divine worship office said the task for the Church’s liturgists is implementing the reforms of the Second Vatican Council and avoiding “ecclesiastical ideologies”.

Archbishop Roche, who was appointed Prefect of the Congregation for Divine Worship and Discipline of the Sacraments earlier this year, set out the principles for liturgical reform in his first major public lecture since taking office.

His speech this week at the Pontifical University of Sant’Anselmo, in Rome, marked a distinct shift in emphasis to that of his predecessor, Cardinal Robert Sarah, whose support for traditionalist ideas saw him publicly corrected by Pope Francis on several occasions. The Benedictine-run university is home to a liturgical institute.

In his address, delivered at the start of the university’s academic year on 4 October, Archbishop Roche urged the students to be “faithful disciples who build up the Church” rather than a “cause of its fragmentation”. He said that what was called for by the 1962-65 council “remains our guide for understanding and implementing a correct appreciation of the liturgy”.

The archbishop’s speech was also his first major public address since the Pope issued restrictions on the celebrations of the pre-Vatican II Mass, a move which sparked a hostile reaction from liturgical traditionalists.

The archbishop made no mention of the Old Rite ruling in his address but said the reformed liturgy overseen by Pope St Paul VI, which came in 1970 as a result of the council, is “the richest Missal that the Church has ever produced”.

He recommended students look at the 150 years of the liturgical movement prior to the Second Vatican Council, and to the choices made there by the Council Fathers and the reasons for those choices, “under the inspiration of the Holy Spirit”.

Francis took the decision to restrict the Old Rite after a world-wide survey of bishops revealed it was being used to stoke division and rejection of the council but in the aftermath supporters of the Tridentine liturgy expressed their displeasure across various media platforms. In an article published by the New York Times, Michael Brenden Dougherty suggested Vatican II had led to “the worst spasm of iconoclasm in the church’s history”.

In his speech, Archbishop Roche emphasised the importance of understanding the historical sources and a “scientifically rigorous” approach which avoids turning the liturgy into a battleground.

“How often I hear people expressing personal and erroneous opinions, interpretations that have long failed to express the reality. They conjure up and expound theories and facts that have no foundation,” he said.

Warning that “the old adage of being able to negotiate with terrorists but not with liturgists can take on an all too real an aspect” he pointed to the “wise caution” of St John Henry Newman who wrote: “We can believe what we choose. We are answerable for what we choose to believe.”

The reforms of the Second Vatican Council saw the Mass move from being said in Latin alone and into various languages, with the priest facing the people during the celebration and more inclusion of the laity. Critics of the reforms saw it as placing too much emphasis of the communal aspects of the liturgy and watering down the sacred nature of the Mass, which some argue is more evident in the Old Rite.

Archbishop Roche, however, warned against a “mono-dimensional view” of the liturgy, arguing that Vatican II, through its Sacrosanctum Concilium constitution, points to the liturgy as a “foretaste of the heavenly liturgy”, which is how it is described in the Church’s catechism.

“Whenever we assemble for the celebration of the Eucharist, we are not simply gathering as this community from this particular place, but we stand at the crossroads of all life and on the very threshold where time intersects with eternity,” he said.

Archbishop Roche, 71, had helped to oversee the updated English translation of the Roman Missal in 2011, serving as Chairman of the International Commission for English in the Liturgy from 2002-12. Critics of the translation from the Latin to the English said it was clumsy and contained poor English, while supporters praised it for being more faithful to the Latin and bringing in scriptural allusions.

In his speech, the archbishop said the earlier translations and not paid enough attention to the idea that texts as “running through time into eternity”.

He said: “The new translations, I believe, correct this and improve the translated texts.”

The Divine Worship prefect, who was Bishop of Leeds from 2004-12, had worked as secretary, or number two at the liturgy office for nearly decade before the appointment to his current post.

During Cardinal Sarah’s tenure it often fell to Archbishop Roche to offer public commentary on the Pope’s reforms, as the cardinal was perceived to be at odds with Francis’ vision.

The Pope has described the liturgical reforms following Vatican II as “irreversible”, and it was Sant’Anselmo that had a strong influence in their application. Recently, the Pope appointed to Sant’Anselmo trained liturgists as secretary and under-secretary at the Congregation for Divine Worship.

The archbishop told the students that “our responsibility is to implement that reform in faithfulness to what we have received and not to be promoting things which are not of the mind of the Church even if loudly expressed”.

Meanwhile, a new Pew survey in the United States found that although the Pope’s restrictions on the Old Rite drew strong reactions, most believers were unaware of the measures.