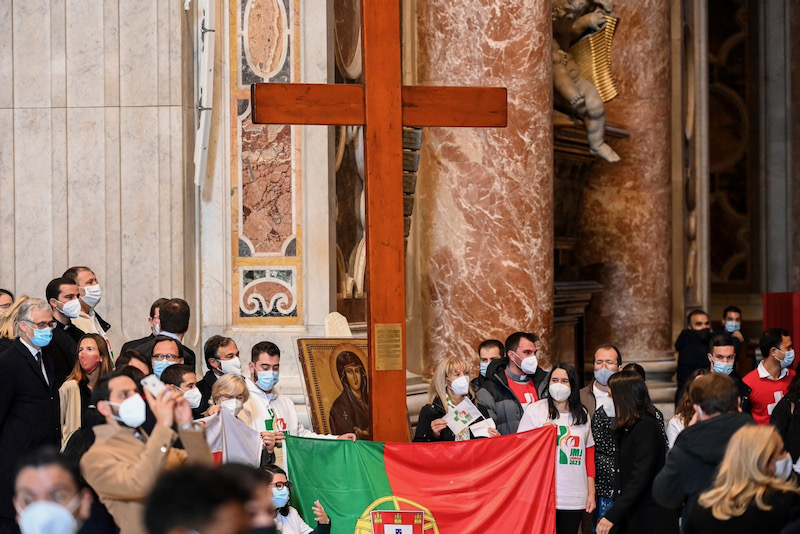 “The Church’s words and the Church’s actions here in Ireland are not matching.” 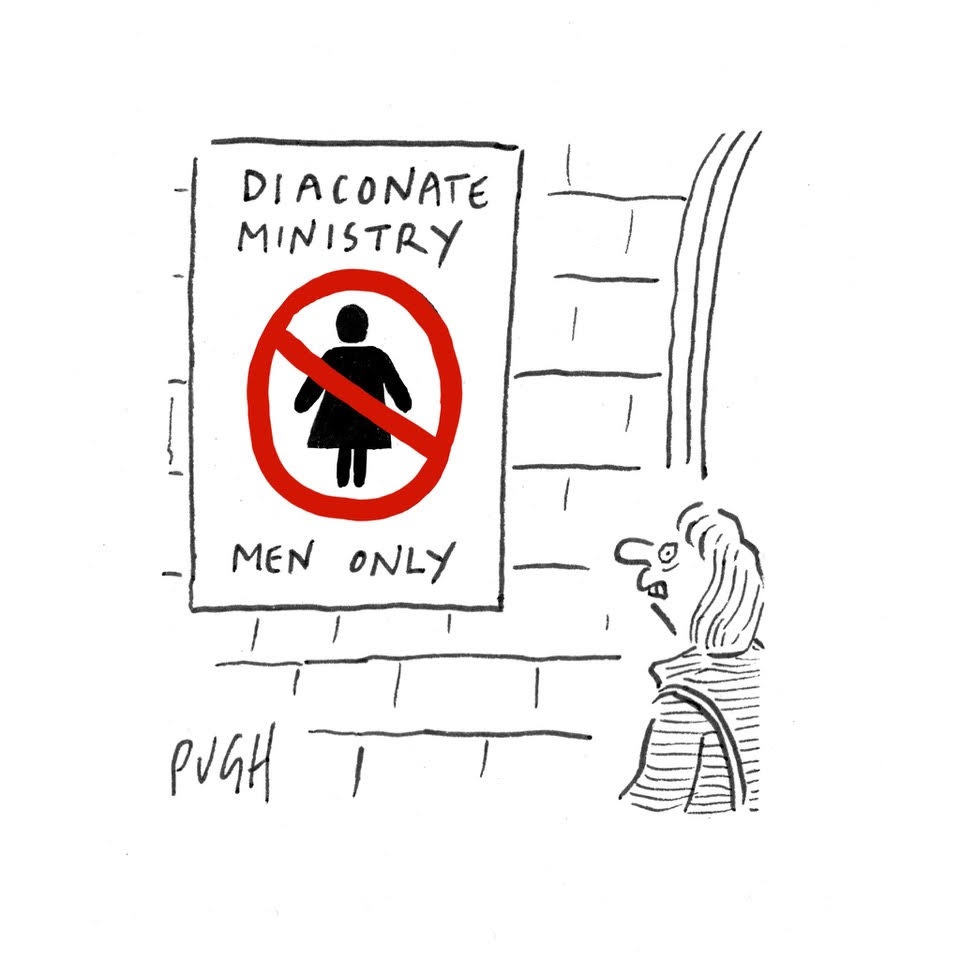 Currently the permanent diaconate is only open to married or celibate men.
Cartoon by Pugh

A prominent Irish theologian has criticised the bishops of two dioceses for moving forward with a male-only diaconate.

Angela Hanley, author of the book, What Happened to Fr Sean Fagan? criticised the bishops of Limerick and Kildare and Leighlin for pushing ahead with a male-only diaconate, describing it as “a slap in the face to women”. She said it did not bode well for the Irish Church’s synodal path which is supposed to be about listening and journeying together.

Currently the permanent diaconate is only open to married or celibate men.

In 2016, Pope Francis established a commission to examine whether women could be ordained to the diaconate as some scholars believe they were in the early Church.

However, the findings of the commission’s 2019 report were never published and Pope Francis described the report as inconclusive. He established another commission to look at the matter in 2020. That investigation is ongoing.

Speaking to Faith Alive on MidWest Radio, Ms Hanley said: “What hope does it give you about the national synod’s listening process? When actions don’t match the words, there will be problems. The Church’s words and the Church’s actions here in Ireland are not matching.”

Ms Hanley, who has two degrees in theology, noted that under current Church rules, she would not be accepted to training for the diaconate yet her husband, who has no theological training, would be deemed acceptable.

“It is women who are supporting their local churches and priests in all kinds of practical ways in parishes across Ireland.” She said the message to women was that the Church wants their work, talents, energy and efforts but it does not want to acknowledge them in a formal way.

“If all those women were to stand back and say they couldn’t collude any more, it would be very interesting to see what happened,” she said.

Speaking after her address to the Association of Catholics in Ireland, on synodality and women in the Church, Rose O’Connor, who chaired the working group on women in leadership for the 2016 Synod in Limerick, told The Tablet: “Canon Law does not distinguish between women and men, the principal distinction is between ordained and lay. So, if an office or function is available to a lay person, it is equally available to both women and men.”