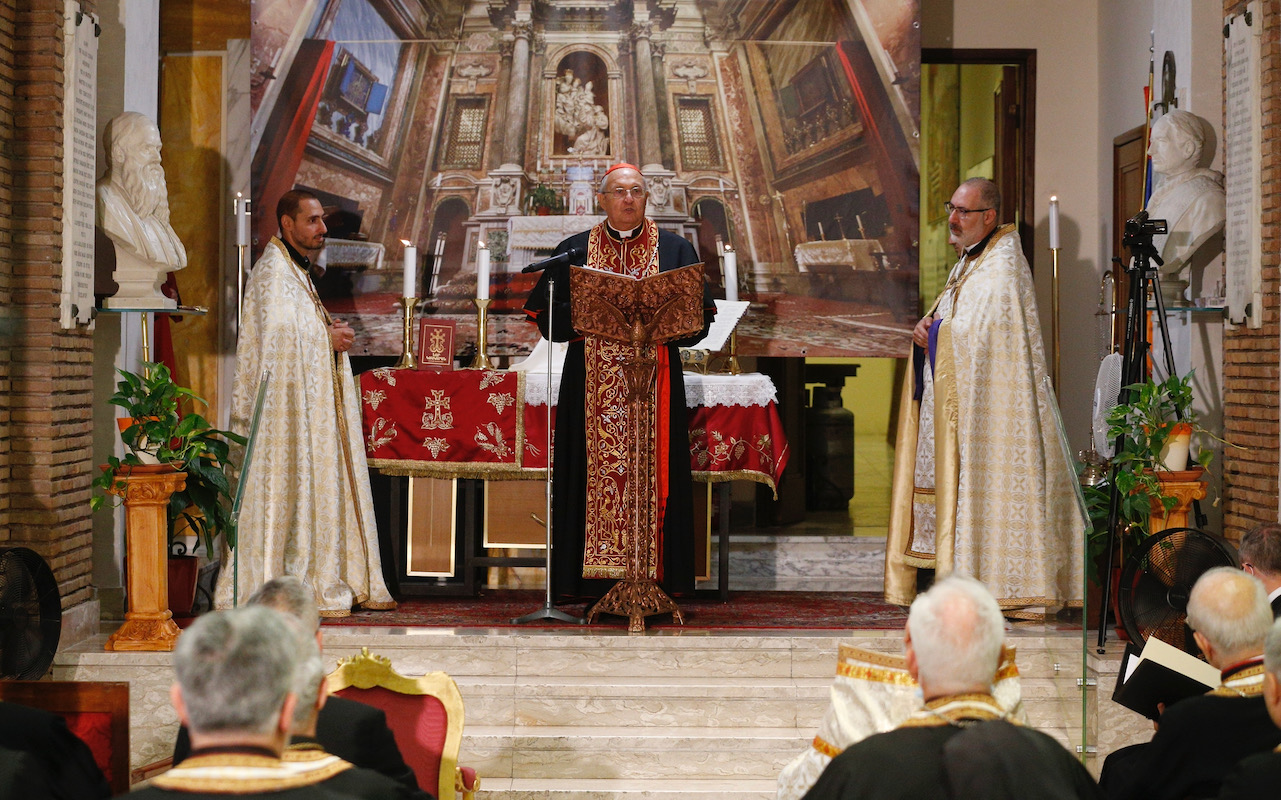 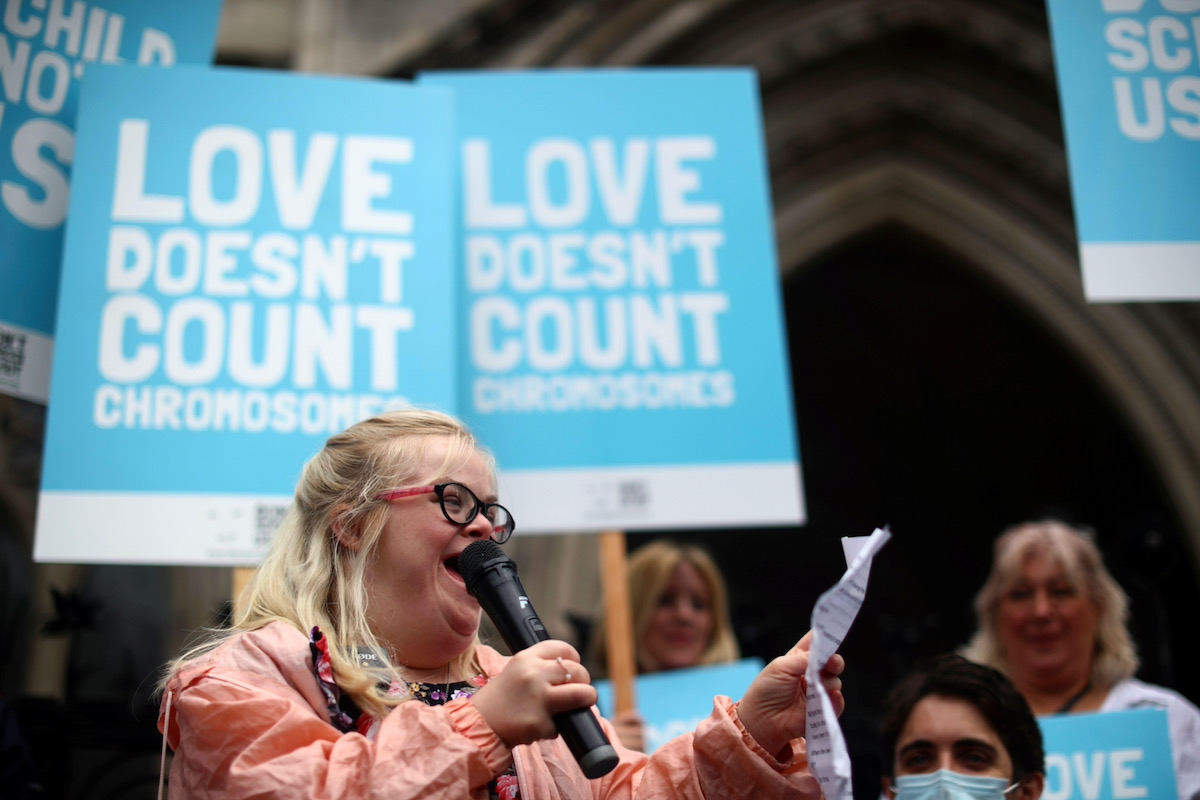 Heidi Crowter, 26, who has Down's Syndrome, outside the High Court.
Hannah McKay/Reuters

Two women who challenged the government over a law that allows abortion up to birth for disabled babies have vowed to take their case to appeal after it was dismissed by the High Court.

Heidi Crowter, 26, who has Down syndrome, and Máire Lea-Wilson, whose two-year-old son Aidan also has the condition, objected to a clause in the 1967 Abortion Act that extended the right to abortion beyond the 24-week upper limit when foetuses have disabilities.

They claimed the law breached the European Convention on Human Rights because it discriminated against disabled children, and they sought to have the clause removed from the act.

They made their case in a two-day hearing in July and learned yesterday that their attempt had failed when the High Court ruled that the clause was not unlawful.

Afterward, Crowter said she would seek permission to take the case to the Court of Appeal.

She said: “We face discrimination every day in schools, in the workplace and in society. And now, thanks to this verdict, the judges have upheld discrimination in the womb, too. This is a very sad day, but I will keep fighting.”

Mrs Crowter, who was surrounded by dozens of supporters outside the court building, continued: “When Wilberforce wanted to change the law on slavery, he didn't give up, even when events didn't always go his way. And when the going got tough, he kept going, and I'm going to do the same, because I want to succeed in changing the law to stop babies like me... being aborted up to birth, because it’s downright discrimination.”

Lea-Wilson, 33, said she felt “incredibly sad and disappointed that the court has chosen not to recognise the value and worth of people with Down syndrome, like my son Aidan”.

She said: “This ruling condones discrimination by cementing the belief in society that their lives are not as valuable as the lives of people without disabilities.”

The High Court stated that “there was no precedent from the European Court of Human Rights that a foetus has rights under the ECHR”.

The case brought by the two women was backed by the disability rights organisation Don’t Screen Us Out, which campaigns against the systematic abortion of disabled children.

According to Lynn Murray, a spokeswoman for the group and a mother of a daughter with Down’s syndrome, the pair intend to continue their fight in the courts: “It’s inspiring to see that Heidi and Máire are now planning on taking this case to the Court of Appeal. The provision in the Abortion Act harks back to a time when we thought it was better for people with disabilities not to be part of our society. We’re a far more progressive society now, we realise that diversity is healthy, and all of our laws should reflect that.”

Alithea Williams, public policy manager for SPUC, was among those to support those bringing the case. She said: “Although they lost their challenge today, Heidi and her team have illustrated the discrimination inherent in allowing babies to be aborted up to birth because they are considered ‘handicapped’ under an outdated and callous law.

“They have drawn attention to something that our ‘civilised’ society likes to ignore – that babies can be legally killed, without anaesthetic, up to the very moment of birth, because they have Down’s syndrome or another disability.

“We hope that this case will open society’s eyes to the discrimination inherent in all abortion – that a human being can be killed because they are ‘unwanted’ or inconvenient, or the wrong gender, or simply too young and vulnerable to protect themselves.

“No baby, able or differently-abled, of any age in the womb, should have their lives brutally ended by abortion. We look forward to the day when all unborn lives are protected and cherished.”

The case occurs against the background of wider arguments around the ethics of abortion, with abortion provider and pro-choice advocacy charity the British Pregnancy Advisory Service (BPAS) backing the court’s ruling.

According to a spokesperson for the organisation: “There is no contradiction between a society which champions the rights of disabled people and one which allows women to make difficult decisions in heartbreaking situations. The aim of this case was to remove women’s ability to end what are often much-wanted pregnancies post-24 weeks due to diagnoses of any ‘non-fatal’ foetal anomalies. This would force women to continue pregnancies where there may be multiple complex conditions and outcomes are unclear.

“It was a full-frontal attack on pregnant women’s rights, not just to abortion but to making their own decisions during childbirth. We need a legal framework which supports women’s choices to continue or end a pregnancy in these extremely challenging circumstances, and it is right that today’s court decision endorsed that.”