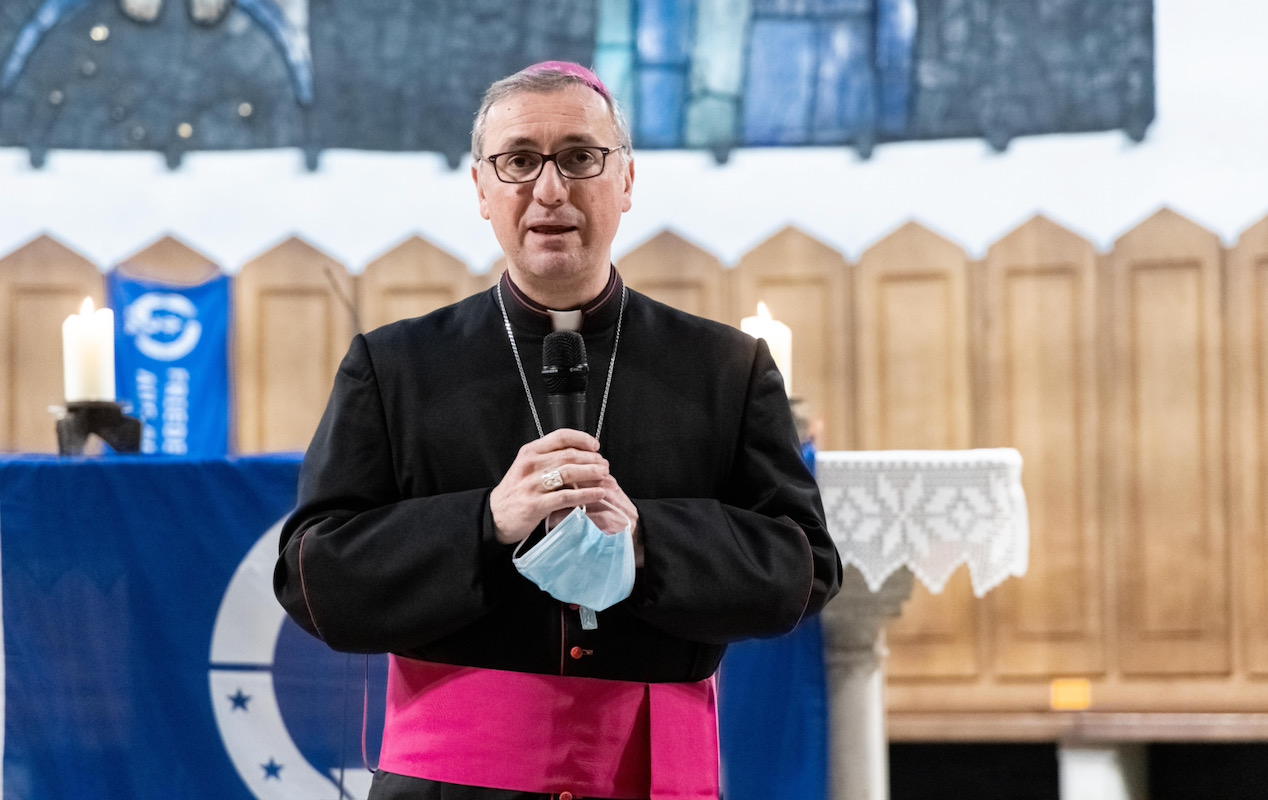 Idea would undercut planned document on the Eucharist 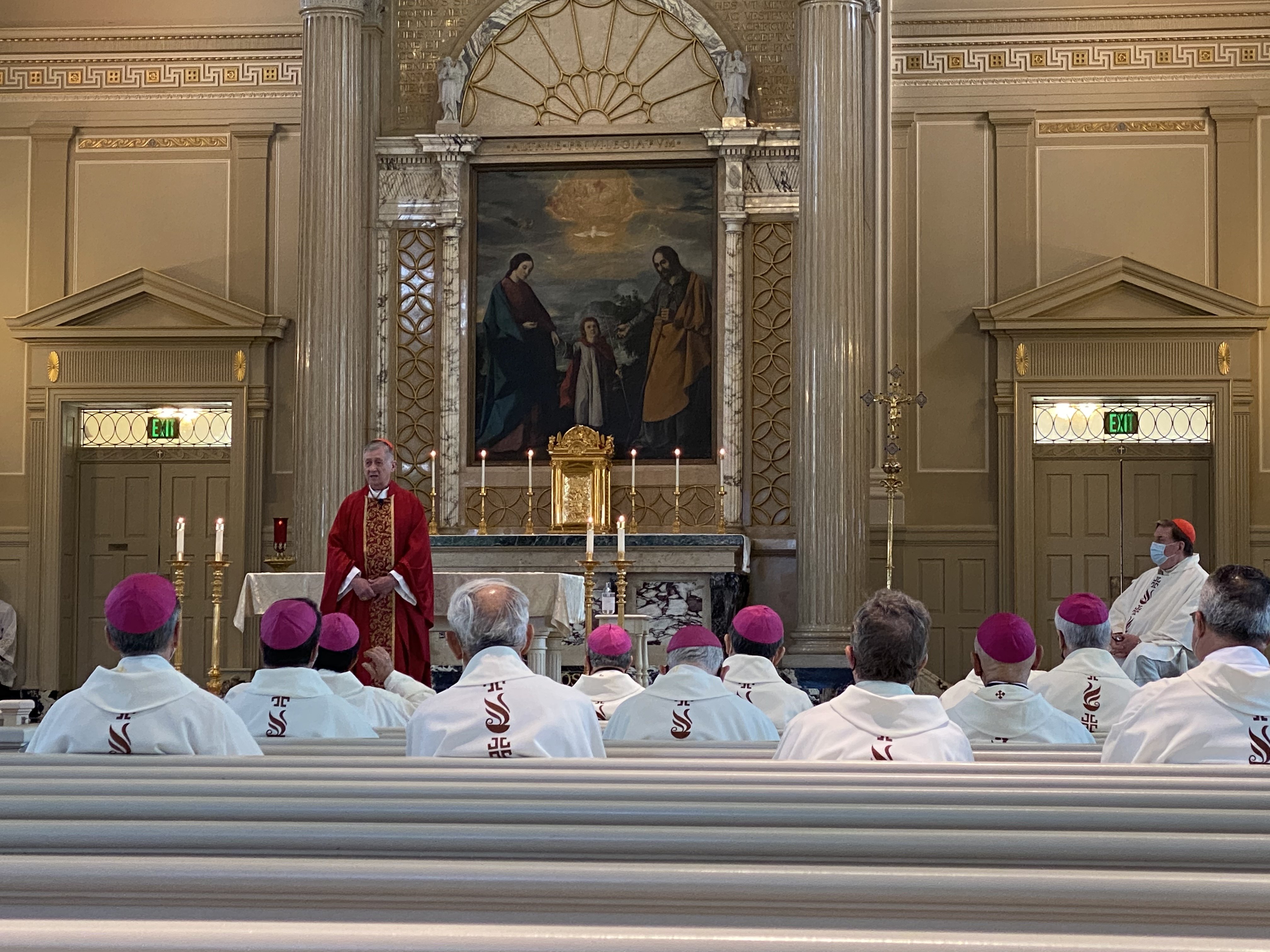 Cardinal Blase Cupich, pictured here in June, has called for US bishops to plan for a Eucharistic revival.
CNS photo/Rhina Guidos

Chicago Cardinal Blase Cupich has called for the US bishops’ conference to abandon its plan to issue a document on the Eucharist at their November meeting and, instead, plan for a Eucharistic revival.

He said: “The essential starting point must be the needs of our people as they live in this present moment and culture.Context is key. Every effort should be made to avoid an ahistorical presentation of the Eucharist that is abstracted from daily life.”

Revivals have been a cornerstone of American evangelical history, with the First Great Awakening beginning in 1740, when Revd Jonathan Edwards preached the sermon: “Sinners in the Hands of an Angry God.”

Many Catholic immigrant communities have distinct forms of Eucharistic popular devotion, and it is expected a revival might bring those devotions into the mainstream of American Catholicism. Much-needed catechesis would accompany such a revival.

Cupich’s proposal came after the bishops held regional meetings in August to discuss the proposed document. The idea of a document on the Eucharist originated with a working group set up by USCCB president Archbishop Jose Gomez last November to determine how to deal with the prospect of a pro-choice Catholic president, Joe Biden. In June, the USCCB authorised the doctrine committee to draft a text and called for regional meetings this summer to discuss it.

The doctrine committee of the bishops’ conference, however, only submitted a draft outline, not a text, with most of the items drawn from Pope Benedict XVI’s 2007 post-synodal apostolic exhortation Sacramentum caritatis.

Additionally, on the flight back from his visit to Slovakia, when asked about denying communion to pro-choice politicians, Pope Francis reiterated his opposition to abortion – “abortion is murder”, he said, but added: “No, I have never denied the Eucharist to anyone, to anyone. I don't know if someone came to me under these conditions, but I have never refused them the Eucharist, since the time I was a priest.”

Meanwhile Democrats in Washington this week are focusing on what items they can insert into a must-pass infrastructure bill set for a vote in the House of Representatives on September 27. Because no Republicans in the Senate are expected to vote for the measure, it must keep all 50 Democrats on board. As well, to avoid a filibuster, the bill is being advanced as part of the budget reconciliation process, so the Senate parliamentarian might rule certain provisions non-germane and strip them from the legislation.

The US bishops’ conference has urged the Congress not to use the bill to revoke the Hyde Amendment, a provision first adopted in the 1970s that bars the use of federal funds for elective abortions. In a statement from Archbishop Joseph Naumann, chair of the Pro-Life Activities Committee, and Archbishop Paul Coakley, chair of the Domestic Justice Committee, the USCCB said, “Congress can, and must, turn back from including taxpayer funding of abortion, in the Build Back Better Act. We urge all members of Congress and the Administration to work in good faith to advance important and life-saving healthcare provisions without forcing Americans to pay for the deliberate destruction of unborn human life.”

In a separate statement, Bishop Mario Dorsonville, chair of the Committee on Migration, praised a House committee for including provisions that would have helped undocumented migrants to receive legal status and a pathway to citizenship.

Despite the bishops’ plea, the Senate parliamentarian ruled the immigration provisions non-germane and they cannot be included in the infrastructure legislation. No ruling has been rendered yet on the abortion funding provisions.

eucharist . Cardinal Blase Cupich The Catholic Church in the US