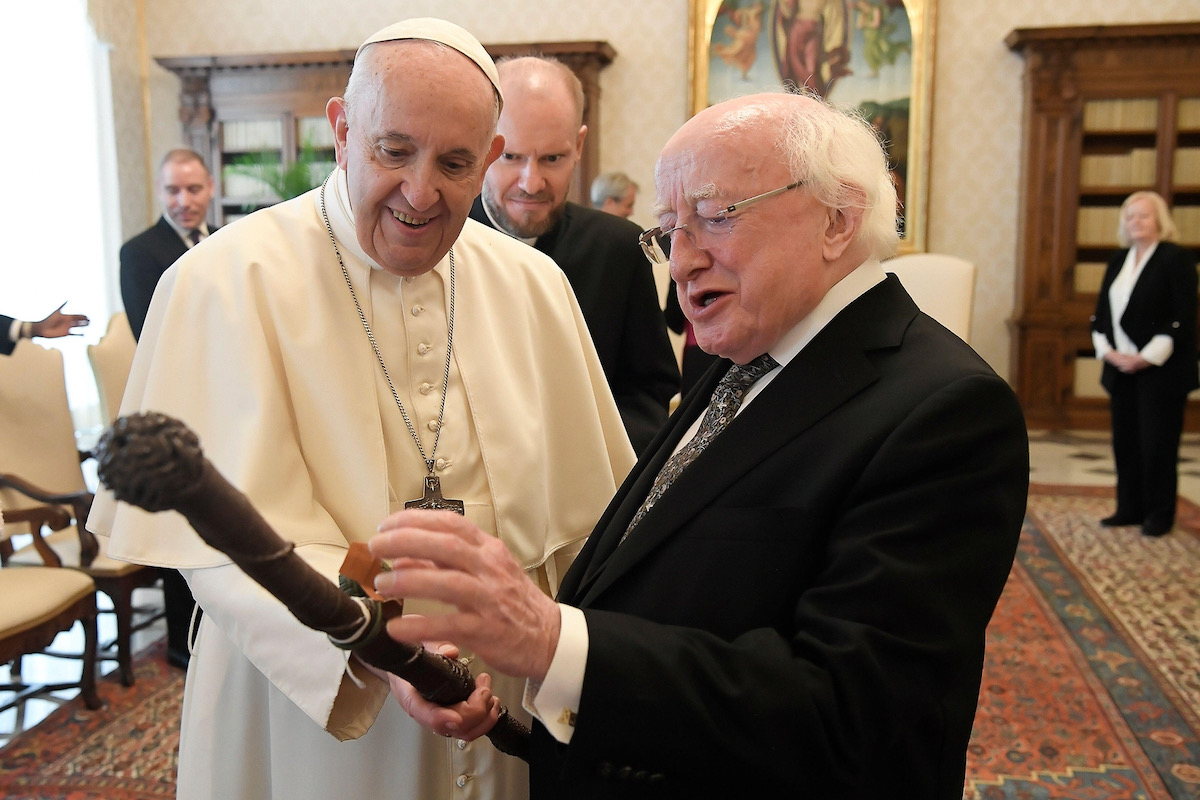 Higgins defends decision to stay away from centenary service 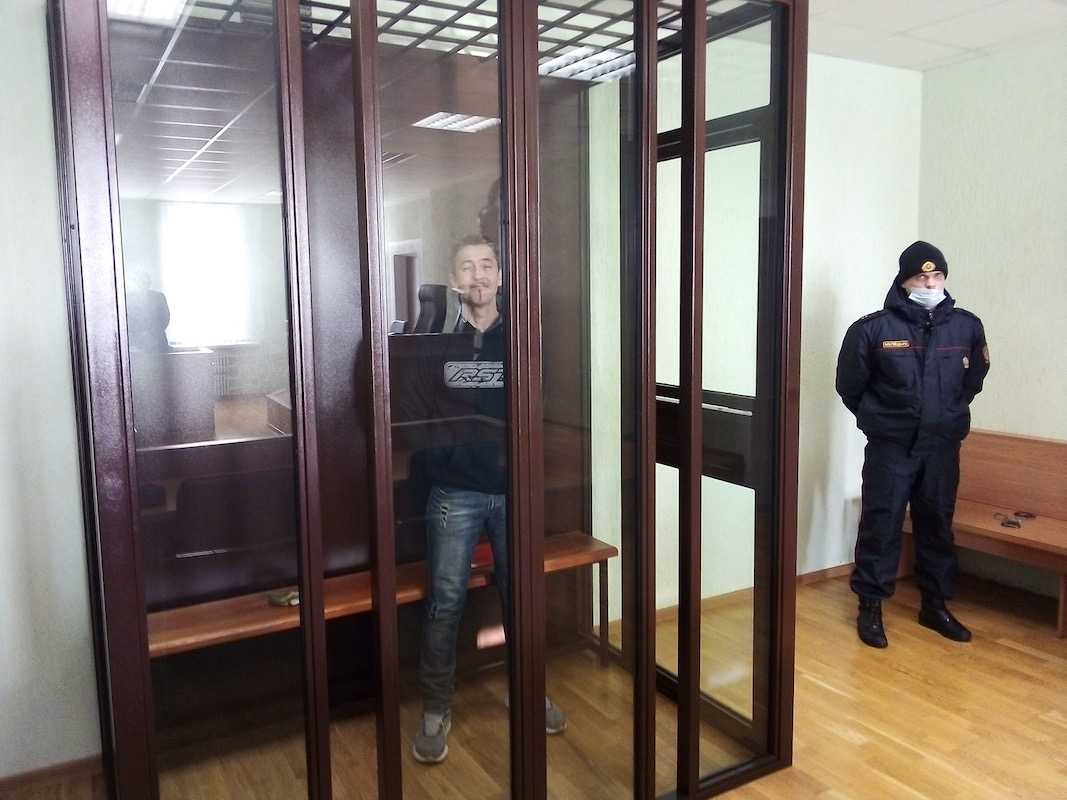 Vitold Ashurak, a prominent Catholic protester, during his trial in Lida, Belarus in January. He was was jailed and died while in custody.
CNS photo/courtesy Volha Bykouskaya

The Vatican’s nuncio to Belarus has urged President Alexander Lukashenko’s government to release more political prisoners as a spur to reconciliation, amid recriminations over recent state media attacks on the Catholic Church.
“I am grateful to the authorities who decided to declare an amnesty on the Day of National Unity,” said Archbishop Ante Jozic. “This process needs to be accelerated to allow families to reunite and return to work and their shrines. It would undoubtedly benefit the national reconciliation process in this country and help the common good.”
The Croatian diplomat delivered the appeal at the national shrine of Belynichi, as the Lukashenko regime agreed to mark the country's first National Unity Day by releasing 13 of its estimated 650 political prisoners, held since the president's discredited August 2020 re-election after 26 years in power.
Meanwhile, the president of the Belarusian Bishops Conference said his country's “many problems and social tensions” were linked to a failure to heed Christ’s commandments, and called for a “growth in virtues and deepening of true Christian life”.
“We appeal to the Blessed Virgin Mary for motherly intercession in the cause of reconciliation, overcoming divisions and liberation from hatred”, Bishop Oleg Butkevich of Vitebsk told the Belynichi congregation. “Although today's situation may seem hopeless, Mary shows us a way out of the impasse, exemplifying hope and assurance that Jesus will not forsake us. The Mother of God has fought for her children and fought for Belarus – with her help, we believe another humanly hopeless case can yet be resolved.”
Tensions with the Lukashenko regime surfaced over an early September front-page cartoon in an official newspaper, Minskaya Prauda, depicting Catholic priests with pectoral crosses turning into swastikas.
The blasphemous image provoked a Bishops Conference protest and expressions of concern by Archbishop Jozic at a meeting with Belarus's Foreign Minister, prompting an assurance by Belarus's religions commissioner, Alexander Rumak, in a letter to Bishop Butkevich that the cartoon did not “reflect the state’s attitude”.
The Bishops’ Conference official spokesman, Fr Yuri Sanko, told The Tablet his Church had considered the matter closed following Rumak’s letter, and was not “expecting any new anti-Catholic echo in public opinion”.
However, a prominent lay Catholic editor, Ihar Baranouski, said he believed the cartoon reflected “Lukashenko ideology”, adding that its author had remained unrepentant.
“These attacks on the Catholic Church in Belarus may be intended not just to compel it to be more silent and obedient, but also to force the Vatican to help resolve Western sanctions, which increasingly trouble the regime,” Baranouski told The Tablet last week. “It's suits Lukashenka’s propaganda, with its aggressive anti-Western rhetoric, to depict Belarusian Catholics as Poles and agents of the West, enemies espousing foreign values. As long as the Lukashenko regime rules, such attacks will recur.”
The cartoon controversy erupted shortly before the Pope's appointment of a new head for Belarus’s Minsk-Mohilev archdiocese, to succeed Archbishop Tadeusz Kondrusiewicz, who retired in January after four months' regime-imposed exile.
In a message, Rumak said his government hoped the 52-year-old Archbishop Iosif Staneuski, formerly an auxiliary in the western Grodno diocese, would contribute to preserving “inter-faith peace and harmony”, and to “the development of traditional Christian values demanded by Belarusian society”.
However, a prominent parish priest, Fr Viachaslau Barok, who fled Belarus in July to escape arrest, told the Poland-based Belsat news agency Catholics would also count on Staneuski to “have faith and courage to say ‘we cannot’ when the authorities try to interfere in the Church’s affairs”, and to follow Archbishop Kondrusiewicz in “calling on Belarusian society to change and live in truth”.
Meanwhile, the moderator of Belarus’s ecumenical Christian Vision organisation, Natalya Vasilevich, told Belsat the Vatican had “chosen a strategy of non-conflictual coexistence with the Lukashenko regime”, adding that she feared government officials would present Archbishop Staneuski as “their candidate”, and seek to “involve him in their various adventures”.
Back to articles
Back to articles