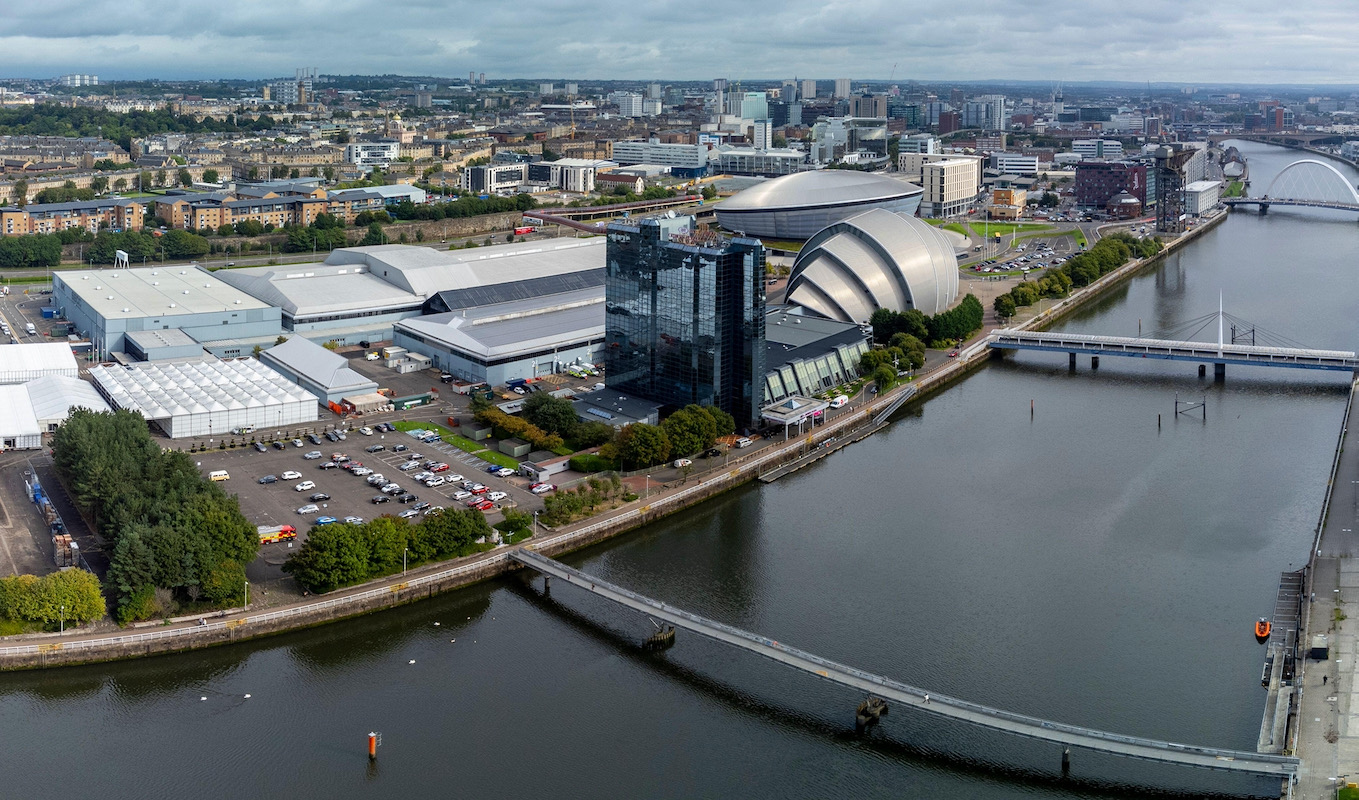 Aerial views of the site of the Cop26 international climate change conference and summit to be held in Glasgow in November.
Iain Masterton/Alamy

Young adults across England and Wales have sent an open letter to the Catholic Bishops of England and Wales saying they are “deeply concerned about the impact of the climate crisis on younger generations and the most vulnerable”.

They urge the bishops to “take urgent action to divest from fossil fuels ahead of the crucial UN climate talks, Cop26, in November”.

Describing the climate crisis as “the greatest moral issue of our time” the young people also urged the bishops to advocate with the UK government to ensure that November’s Cop26 climate summit in Glasgow delivers for young people and the most vulnerable communities around the world. They offered prayerful support.

More than 176 people from all 22 dioceses in England and Wales signed the letter. Bishop John Arnold of Salford, lead bishop on the environment for England and Wales, told The Tablet: “I am very pleased and impressed by the evident concern being shown by so many young adults, students and school children about the urgency of responding to the damage being inflicted by Climate Change.”

Referring to “an impending climate catastrophe” he said: “Young people are recognising the urgency and we must work together to achieve a sustainable future.”

The young people welcomed the bishops’ recent pastoral letter on the environment and positive steps that Catholic dioceses across England and Wales have taken to switch to clean energy for church buildings. They applauded the five Catholic dioceses in England and Wales – Lancaster, Middlesbrough, Arundel and Brighton, Hallam and Birmingham – that have already announced their divestment from fossil fuels. “However,” they said, “we call on all Catholic dioceses to divest from fossil fuels ahead of Cop26, joining a movement of more than 200 Catholic organisations around the world.”

Marianne Kennedy Neary, one of the lead signatories of the letter, said: “As an NHS doctor and young Catholic mother, I strongly believe that Catholic dioceses need to divest from fossil fuel companies; the fossil fuel industry is fuelling the climate crisis, with concerning implications for human health through its impacts on clean air, access to clean water, food and shelter.”

Meanwhile, Graham Gordon, head of policy at Cafod, warned: “With just six weeks to go before Cop26, it’s time for world leaders to get serious and take radical action, that meets the scale of what we face, to fight the climate crisis.”

He was speaking after the UN published a compilation of climate action plans from countries around the world. The Nationally Determined Contributions (NDCs) Synthesis report indicated that while there is a clear trend that greenhouse gas emissions are being reduced over time, nations must urgently redouble their climate efforts if they are to prevent global temperature increases beyond the Paris Agreement’s goal of well below 2C – ideally 1.5C – by the end of the century.

Bishop John Arnold was among the signatories of the statement, Glasgow Multi-Faith Declaration for Cop26, issued last Monday by around 50 faith leaders in Britain. “We remind governments of their commitments made in Paris in 2015 to limit global warming to 1.5 degrees, and of Article 17 of the Universal Declaration on Bioethics and Human Rights to protect the environment, the biosphere and biodiversity,” they said. “We call upon them to take the urgent action needed to avert the loss, damage, and forced migration threatened by climate change.”  They said they were praying for a successful outcome.