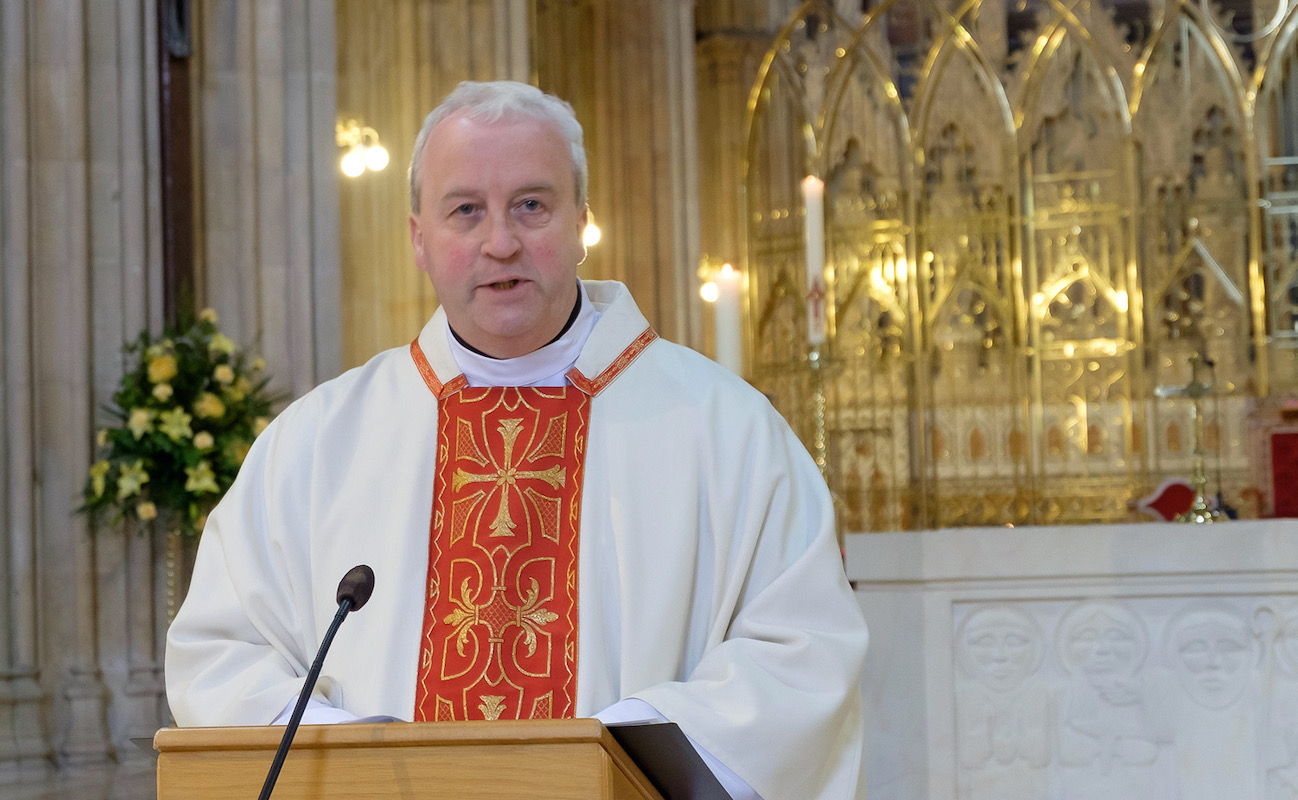 Bishops appeals for help to save addiction service 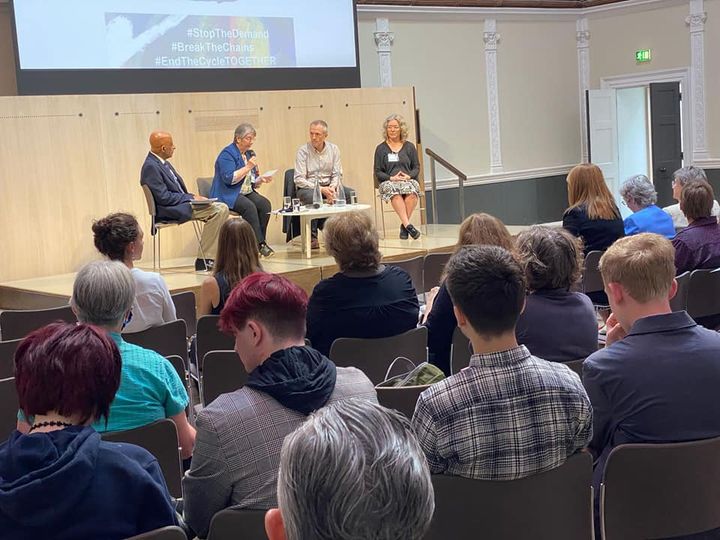 A film illustrating the commodification of human life won first prize in a short film competition organised by the Religious in Europe Networking Against Trafficking and Exploitation, or Renate.

Renate held its festival of films on human trafficking last Sunday at the Royal Society of Arts and British Academy of Film and Television Arts.

Presentations were made to winners of the Europe-wide Renate short-film competition for young people to raise awareness of human trafficking. The winner for his film Traffic was Elliott Engberg, who is Swedish but studying in Poland. His film, showing the commodification of human life, was uncomfortable viewing but strikingly powerful. Speaking from Poland by Zoom he said: “This is a topic I care about and I wanted to force the audience to view a the scene of a young woman being abducted and sold to the highest bidder.”

The other winners attended the event in person. Second place for Humans – Not for Sale went to Joel Black and Shadman Jabir, A-level students from London, who used a hand-held camera to film victims trying to escape, highlighting their vulnerability and disorientation. Third was Emily Downe, a young animator for Plain Sight, based on drawings she made while walking around Soho in Central London, suggesting that trafficking victims are trapped in oppressive situations all around the streets and we need to become more alert to their presence.

Nine other films made by Renate members and friends were shown at the RSA in three viewing areas, followed by discussion. Sr Imelda Poole moderated discussion in one area after the showing of L’invisibles about street children in France, produced largely by Secours Catholique - Caritas France, and the documentary Sisters Act about the work of Renate in Albania. Viewers’ questions ranged from the role of drugs and alcohol addition to the issue of patriarchy to the issue of live-streaming of children as young as two-years-old to sexual predators. There were concerns about increasing drug trafficking and gang culture in Britain and calls for systemic change since human vulnerability is worsened by economic hardship and environmental problems in wider society.

British Loreto Sister Imelda Poole MBE, who heads Renate and is based in Albania, opened the festival by saying that it aimed to provide a platform for survivors of human trafficking to highlight their stories and to showcase the work of Religious across Europe who assist victims and lobby for tougher legislation to end the practice. She sat alongside Jon Hackett, director of film and communications at St Mary’s, Twickenham, and Dr Carol Murphy, Director of St Mary’s Bakhita Centre for Research on Slavery, Exploitation and Abuse, named after the St Josephine Bakhita, patron saint of trafficking.

More than 70 per cent of Renate’s 350-plus members work directly with victims of modern-day slavery and feel that film is an effective way to reach people. Sr Imelda told The Tablet afterwards that festival reached a variety of religious congregations, organisations and young filmmakers and new members were recruited. There was great interest in using the films shown for awareness-raising work about modern-day slavery, particularly since they have trafficking survivors at their heart.

Alexander des Forges, Director of News for the Catholic Bishops’ Conference of England and Wales, who attended the Bafta event, told The Tablet, “I thought it was a creative way of bringing to a wider audience the scourge of human trafficking and modern slavery, while also promoting the vital work of Religious in caring for victims and helping to rebuild their lives.”

Sr Patricia Mulhall, who has worked on the issue of human trafficking for 15 years, locally, nationally and internationally, said: “The positive outcome for me is that the young people at the event, particularly the young film-makers, are eager to connect with us and to share our vision for a more equal, inclusive world and we welcome them. Going forward with a visible profile of young people who want to see an end to treating people like goods on the market stall, is a great sign of hope for Renate’s future.”

‘Ivan’ from Slovakia, highlighting the true story of a man tricked into forced labour in slave-like conditions, was one of films shown where Brigidine Sister Patricia Mulhall led a discussion afterwards. Also ‘Two little girls’, highlighting the broken dreams of two young women sold into prostitution after moving overseas for work. Sr Patricia felt the ‘demand’ side of trafficking should be investigated more and asked why it is that the victims are more like to face being criminalised than their abusers.

Sr Marie Power of TRAC (Trafficking Awareness-Raising and Campaigning), moderated discussion in another room looking at films including, ‘They’re children not slaves’ focusing on Albania. She said that her organisation, formed by 16 religious congregations in the UK, works with Renate, “to give victims a forum to tell their stories”.  The artwork of trafficking victims was available to peruse during the day.

There were calls for the UK’s Modern Slavery Act of 2015 to be better enforced. And it was felt that the international Anti-Slavery Day on 18 October is a key opportunity to highlight human trafficking and its causes, using some of the festival’s 12 films to raise awareness.

All the films are available on the Renate Events website: