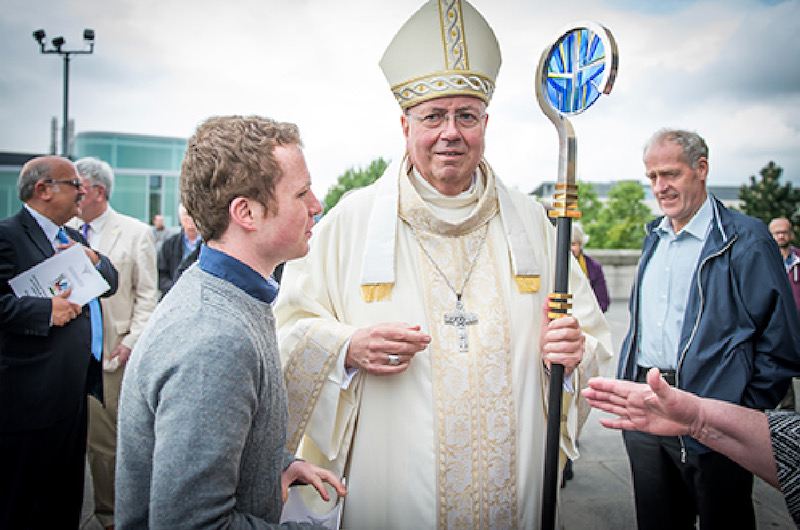 Hindutva extremism on the rise and moving online 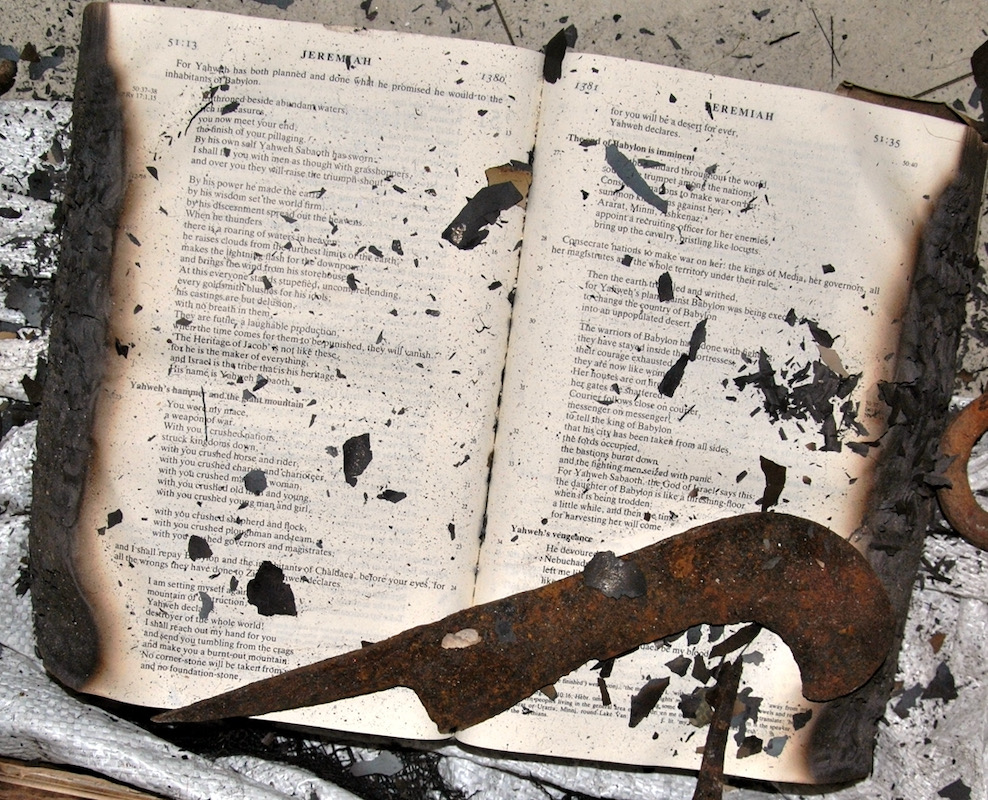 A Bible burned during rioting, pictured with a weapon found at the scene.
Open Doors

More evidence has emerged of a relentless campaign of persecution against Indian Christians after a video was released showing a Christian woman being forced to burn an image of Jesus by a mob of Hindu extremists.

In the video the men accuse the woman of being like a prostitute, claiming she was bribed to become a Christian. They tell her: “You should worship our gods and goddesses.”  A second video from the same incident shows the Hindu nationalist mob, some wearing saffron headscarves, chanting “Hail Lord Ram” as a group of Christians are led away by police.

The steady stream of video evidence out of India is not the product of victims or witnesses, but of perpetrators. Groups of vigilantes espousing a radical Hindutva (Hindu Nationalist) ideology harass and attack Christians, especially in rural areas, take away their phones and then themselves film their crimes and openly post them on social media as propaganda designed to terrify minority groups.

“Vigilante groups falsely accuse Christians of taking bribes to convert from Hinduism,” said Dr David Landrum, director of advocacy at Open Doors UK and Ireland. “As punishment they routinely humiliate Christians, forcing them to burn images of Christ or repeat slogans against Christianity. It is part of a wider trend of violence towards religious minorities in India which has become far more socially acceptable in recent years.”

The fact that criminals are openly boasting of their crimes on social media reflects the culture of impunity encouraged by India’s Hindu Nationalist federal government, as well as sympathetic officials and policemen on the ground. The Open Doors and LSE report: Dangerous Lies: Disinformation, speech that incites violence and discrimination against religious minorities in India, exposed the systematic nature of India’s persecution campaign. Although highly decentralised, there is a deadly pattern of complicity between authorities, media and extremist mobs.

In the first stage Hindu militias harass and attack Christians, and post videos on social media. Those attacks are then covered by media outlets that both give a platform to the violent propaganda, and spin the stories to implicate the Christian victims. Police act slowly or not at all, and are as likely to arrest and harass victims as they are to go after the perpetrators.  Even a small number of attacks can thus have a huge chilling effect on Christians freely living out their faith, as well as encouraging low level harassment at every level of society.

The effective use of both traditional and social media by Hindu nationalist groups does not even stop at India’s borders. A US-based conference seeking to challenge rising Hindu extremism, entitled Dismantling Global Hindutva, co-sponsored by more than 53 universities including Harvard, Stanford, Princeton, Columbia, Berkeley, the University of Chicago, the University of Pennsylvania, and Rutgers,  was targeted by Hindutva groups in a sustained campaign of harassment and threats. Hindutva groups spread disinformation online claiming the conference was “anti-Hindu” and more than one million emails were sent to organisations involved in the event, including 30,000 emails sent to one University alone, causing its server to crash.

Many speakers and organisers were directly targeted, with violent threats and abusive language used against both them and their family members. Meena Kandasamy, a speaker, had pictures of her children posted online with captions such as “ur son will face a painful death” as well as casteist slurs.

“We are deeply concerned that all of these lies, taken together, will be used to incarcerate those who speak at the conference, or worse, inflict bodily harm, up to murder, upon those associated with the conference,” read the statement by the conference’s organisers. “Due to the variety of the nature of these threats, several speakers have had to withdraw from participating in this conference over the past two to three days.”

Hostility and disinformation has not been confined to social media however, but has also come from traditional media. Rightwing Indian news channels are claiming that the conference is funded by hostile foreign governments, the CIA and George Soros, and alleged that participants were supporting the Taliban. Many of the speakers pulling out cited not only threats from extremists groups, but fears that India’s Hindu nationalist government would prevent their return to India, or even arrest them.

“The level of hate has been staggering,” said Rohit Chopra, an associate professor at Santa Clara University, who is one of the conference organisers.

“Organisers and speakers have received death threats, threats of sexual violence, and threats of violence against their families. Women participants have been subjected to the vilest kind of misogynistic threats and abuse and members of religious minorities associated with the conference have been targeted with casteist and sectarian slurs in the ugliest sorts of language.”

Catholic news The Catholic Church in India Persecution of Christians