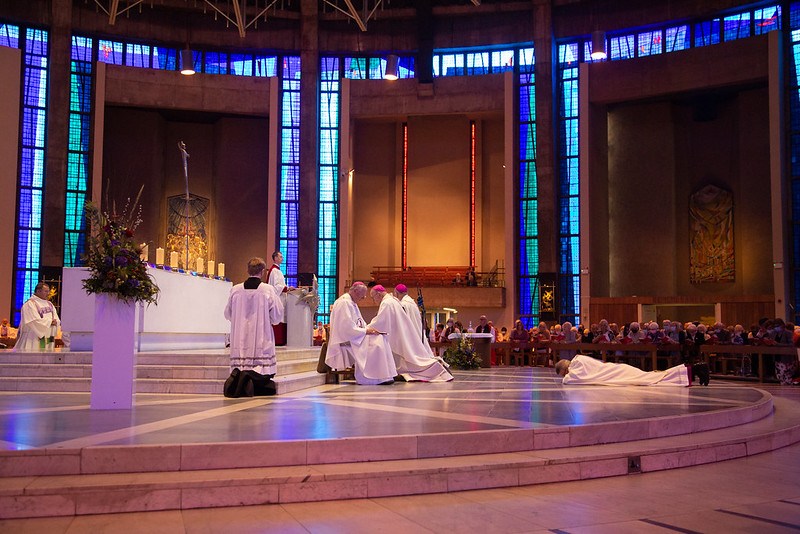 “To suggest that God is incapable of ordaining women is inconsistent with our conception of an omniscient, omnipotent God.” 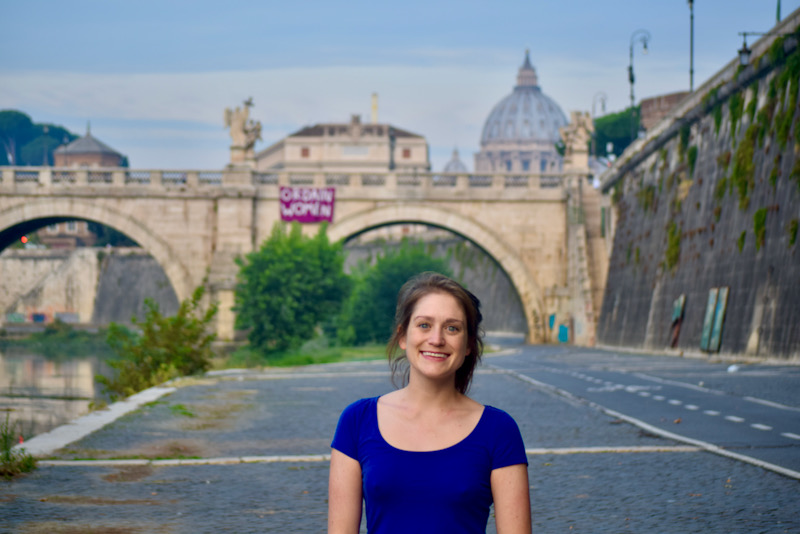 Kate McElwee in front of a purple banner she hung on the bridge Castel Sant'Angelo, by St Peter’s that says: “Ordain Women.”"
Courtesy of Kate McElwee

The lay-led Root and Branch Synod, which is taking place online and in Bristol until Sunday 12 September, began last night with a panel discussion on feminism in the Church and clerical reform.

“To suggest that God is incapable of ordaining women is inconsistent with our conception of an omniscient, omnipotent God,” said Kate McElwee, from the  Woman’s Ordination Conference in the pro-reform discussion.

The event was also attended by Kathleen Gibbons Schuck, who is part of “Roman Catholic Woman Priests”, another fringe organisation calling for the Church to permit women to be ordained and Father Diarmuid O’Murchu MSC, who is a member of the Sacred Heart missionary order and social psychologist and has worked in social ministry.

McElwee argued for the need to “do away with clericalism”.  O’Murchu said: “We can’t scrap the priesthood.” This was because every organisation needs leadership.

“The problem is the exclusivity, we can’t all be leaders and managers. It’s the exclusion of people from doing what Jesus Christ told us,” added O’Murchu, who as a social psychologist argues that humans have a need for ritual.

“The capacity for ritual making is deeply inscribed in the hearts and lives of every one of us,” he said but pointed out we should be more open-minded and embrace an evolutionary approach to theology, which includes moving with the times to become more accepting of women and minorities.

Martha Heizer, head of We Are Church Austria, and We Are Church International reform group was also in attendance, and spoke about the possibility of embracing a “do it yourself” approach to ritual.

She was excommunicated in 2014  for contravening canon law by celebrating the Eucharist without a priest or bishop, at home alongside her husband.

There was a forum in which audience members could pose their questions and ideas to the panellists, the discussion remained exclusively pro-reform. The points raised included the idea that sermons led by women would bring a new and much needed perspective to our understanding of the gospel.

In January this year Pope Francis modified canon law to allow women to be officially appointed as lectors and acolytes, but women’s ordination to the priesthood is not accepted by the Vatican.

The panel was chaired by feminist teacher and writer Katharine Salmon. Patricia Ramsey, Poor Clare sister and author of Lest She Pollute the Sanctuary was unable to attend.

To buy tickets and see the full programme of events at the Root and Branch synod click here.