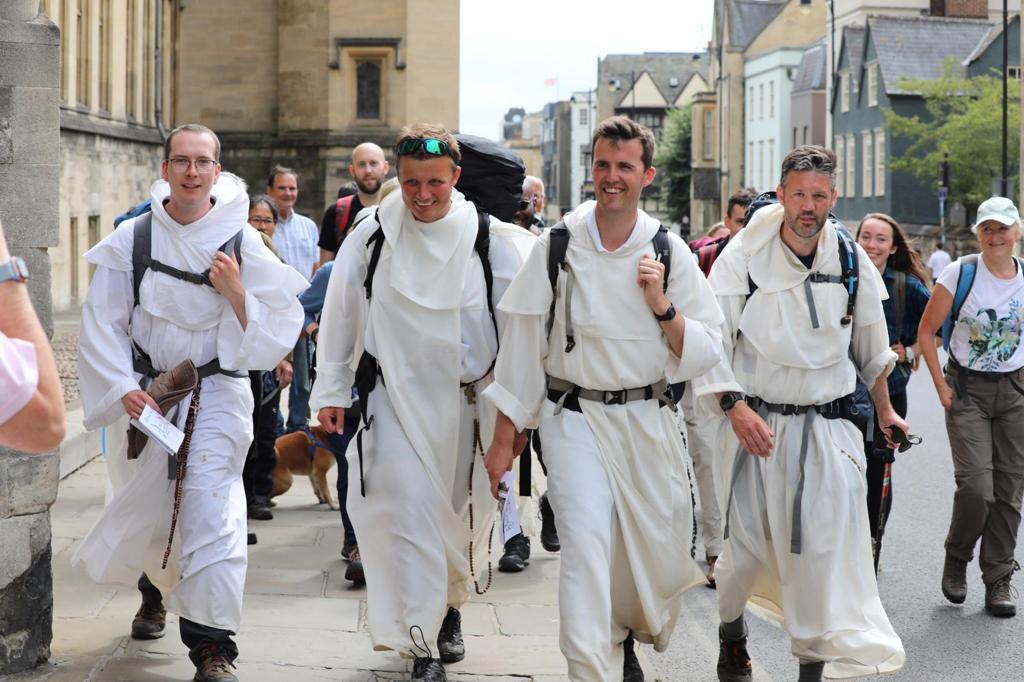 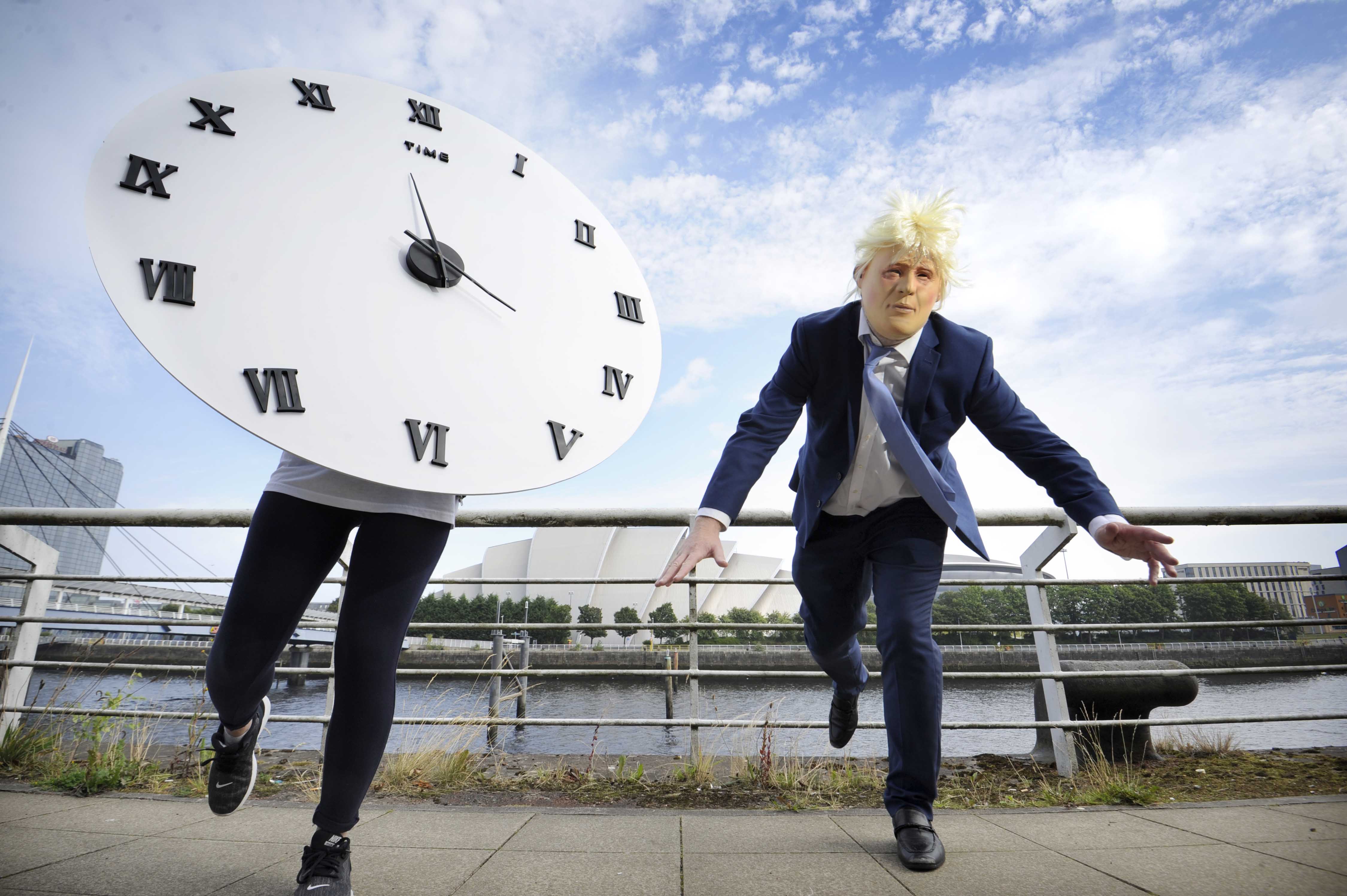 A look-alike Boris Johnson and Sciaf supporter Olivia McKibbin in a “race against the clock” to mark the countdown to COP26.
Colin Hattersley

The “race against time”, the look-alike raced against a young SCIAF supporter dressed as a clock in a stunt intende to draw attention to the countdown to COP26 and the urgency required to tackle climate change. The race took place along the River Clyde near the events centre that will host the conference this November.

The charity is calling on the public to sign its COP26 petition addressed to the Prime Minister calling for action that will protect the poorest communities in the world.

SCIAF is calling on the UK Government to protect the poorest communities, to make sure financial support is given to those impacted by climate change so they can adapt and recover and to act now to stop runaway climate change.

SCIAF works with partners in eight countries around the world and is supporting voices from the frontline of the climate emergency to be heard at COP26.

Dr Geraldine Hill, advocacy manager, said: “Climate change is already having a devastating impact on the world’s poorest communities and as we’ve shown today, time is running away from us.

“We have launched a new petition calling on the Prime Minister to take bold action and stop runaway climate change.

“While much of the focus has been on reducing emissions, we also want to highlight the support that is needed to help the world’s poorest communities adapt and recover. They are on the frontline of the climate crisis.

“As we inch closer to COP26, there is no doubt on what we need to do. Show your support by signing our petition. Now more than ever we need to come together as a global community – the world’s poorest people are counting on us.”

Olivia McKibbin, SCIAF supporter and the volunteer who wore the clock in the stunt, said: “If our leaders don’t take urgent action on climate change then nothing else matters. The things that our governments deem important now will be worthless when we cannot breathe the air that’s around us.”

Thérèse Mema Mapenzi, director of the Olame Centre in Bukavu, one of SCIAF's partners in the Democratic Republic of Congo, and SCIAF board member, said: “Climate change is making the challenges we face in the DRC – conflict, food insecurity, gender-based violence – much worse and harder to fix. When the weather is unstable, it destabilises lives.

“We need to keep on talking about the environment, to help people become resilient so they can survive.”