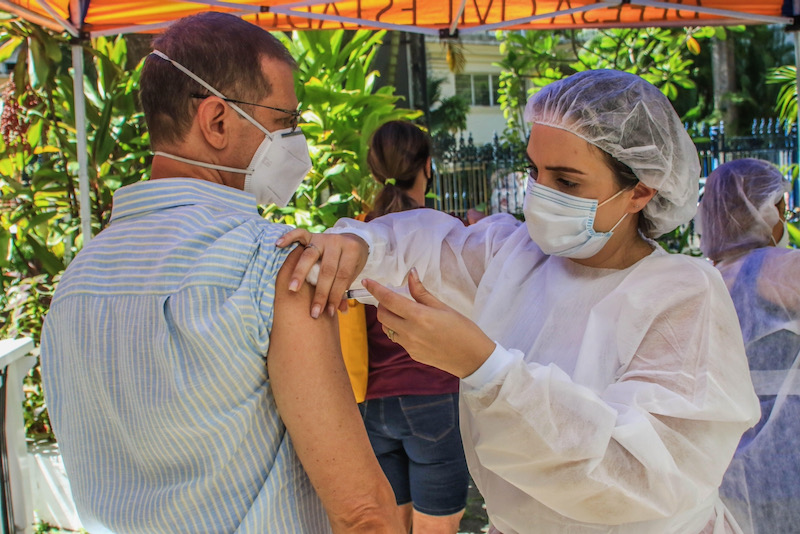 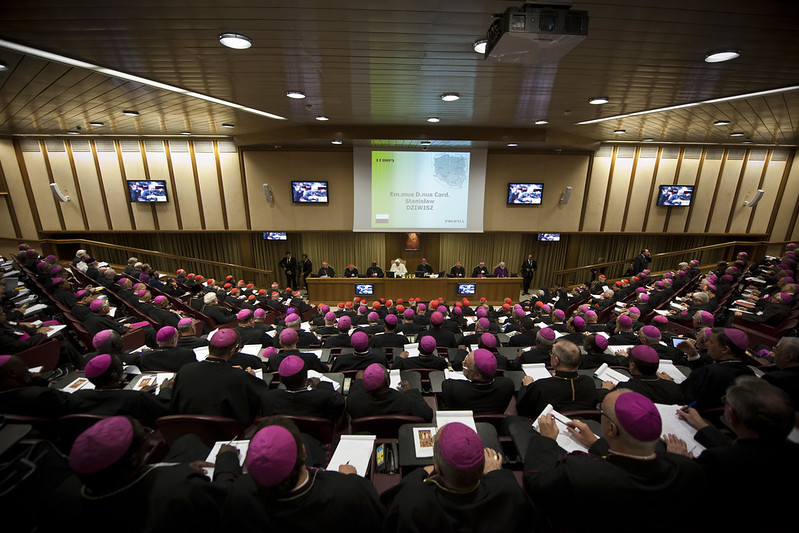 The synodal way – will women and laity ever have an effective voice in the Catholic Church's governance?
Mazur/catholicnews.org.uk

Lay Catholics have condemned the outline by the Bishops’ Conference of England and Wales for the synodal process for the national Church, warning that it will stifle discussion, participation and freedom for everyone except the hierarchy.

The bishops’ conference’s vision for the synodal process, which was published last month and is based on the Holy See’s vision for the process, reserves discernment around what topics should be taken forward from the parish level to the global synod in 2023 to the bishops’ conference alone. While all members of the Church have the right to speak, particularly in the diocesan-level listening process this winter, they also have “the obligation to allow those charged with the work of discernment the freedom to do so”.

Representatives of the group organising the forthcoming Root and Branch Synod described a number of the steps outlined by the bishops’ conference as “red flags”.

“Bishops truly agreeing with and promoting synodality is up there with turkeys voting for Christmas,” said Mary Ring, a core member of the lay-led synod. “In one stroke, the freedom to speak is nullified. Of what use is such freedom to a parishioner, if her or his ability to be heard is instantly trumped by the bishop’s authority – or ‘discernment’ – to disallow it?

“Many of us had high hopes for Pope Francis’ announcement on synodality. Sadly, the experience of the Liverpool Synod, and of the ongoing Australian Plenary, amongst others, suggests that the laity may as well save their breath to cool their porridge.”

Ms Ring also expressed their disappointment at the bishops’ insistence that the synodal process will not consider matters of doctrine: “All topics can be raised but it is important to realise that not all will form part of the ongoing discussion,” the guidelines state.

“Just as the Liverpool Synod declared itself unable to consider the issues which most exercised its people, so this global Synod seems to be confining itself to the safe topics of formation and mission, and the ever-safe pronouncements that all can agree upon: refugees, asylum-seekers and the poor,” said Ms Ring.

“We are left to ask – what does Communion truly mean, when we all of us know good fellow-parishioners who have not taken Communion for decades because they are not married to their current partner, have left an abusive marriage, or simply quailed at the labyrinthine processes of annulment?

“What does participation mean, when our children leave at the first opportunity? Why – why on Earth – would we free, democratic members of our own country, urge rational female fellow-beings to join a Church where they instantly lose all voice and all governance? And pretty well much the same for men, as members of the laity?”

Frank Callus, chair of the board of trustees of the reform group, A Call To Action, warned that the bishops’ guidance was “limited” and needed greater clarity, particularly around how the “listening” process will operate in dioceses between October 2021 and April 2022.

“We need a consistent approach across the dioceses of England and Wales and this, too, is lacking. It is not as if we had no model to follow. The synod in the Archdiocese of Liverpool has successfully engaged a large number of clergy and laity, produced a series of proposals and we now need to use the models of consultation that they have developed. Pope Francis has challenged dioceses to discern their future. Only a process that listens deeply to all the voices – the poor, the marginalised, the disaffiliated – will be successful,” he said.

Papal biographer Austen Ivereigh was more hopeful about how the process might unfold, observing that the bishops’ tone was cautious but that these were “first steps”.

“We’ll all be on a crash course in synodality from November. [The synodal process is] firstly a process of discernment in a missionary key: its purpose is to invite the Holy Spirit to show the Church how we can better serve the world and evangelise ... Second, it’s consultative, not deliberative: that is, it is designed to assist the bishops and ultimately the Pope ... Third, it is a process of mutual listening whose fruit, hopefully, is greater unity and shared purpose.”