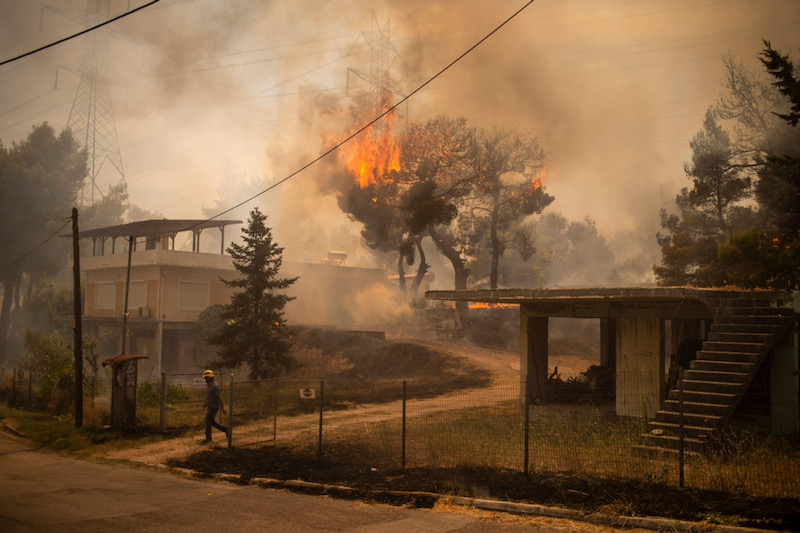 Call for churches to respond as humans warm the planet 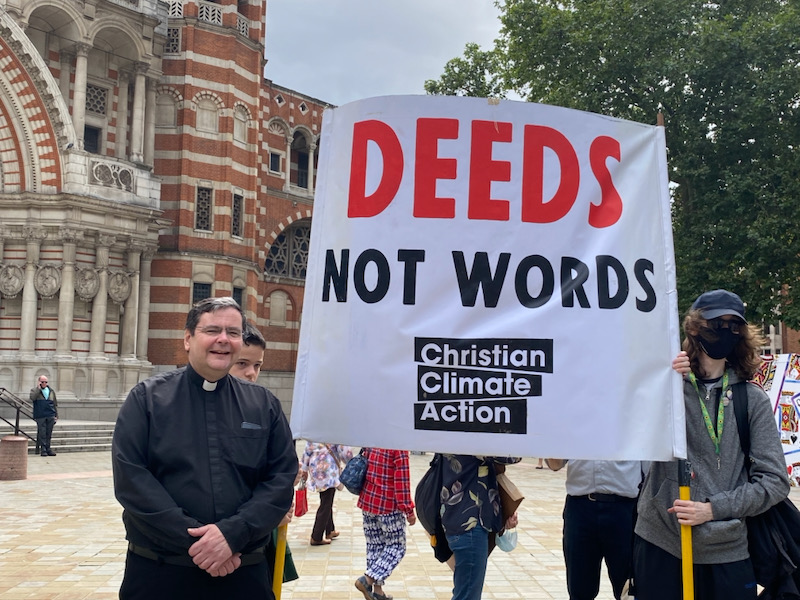 Churches must urgently engage with education and action on climate change, activists warned after the landmark UN climate report yesterday.

“Education and action need to get seriously underway in the Churches for we don’t have much time,” said Columban eco-theologian Sean McDonagh, an Irish missionary who has written about climate change for 35 years,.

The report was described as a “code red for humanity” by UN Secretary General António Guterres.

Mr McDonagh, who was a consultant to Laudato Si’ and is based in Ireland, said “the Catholic Church before Pope Francis was slow to come to any understanding of climate change and the causes rooted in human activity”.

He told The Tablet: “The changes we need to make now are monumental and costly, so education and action will be vital and Churches need to play their part to become climate sensitive.”

The report from scientists of the UN's Intergovernmental Panel on Climate Change was the first major review of the science of climate change since 2013.

It said warming to date has made changes to many of our planetary support systems and the consequences will continue to get worse.

The report’s release comes less than three months before the COP26 climate summit in Glasgow.

Cafod Chair, Bishop John Arnold of Salford, said: “This is a time to be acting for the common good, not self-interest or self-serving politics.”

Cafod is urging prime minister Boris Johnson to take radical action to fight climate change both at home and abroad and keep alive the 1.5 degrees warming target of the 2015 Paris Agreement, “to avoid the destruction that global warming entails, especially for those living in poverty”.

Cafod added that, as hosts of COP26, “the UK must lead by example in committing to radical actions to fight climate change, both at home and abroad, and that includes rejecting controversial proposals for new coal mines and oil fields on UK shores, as well as divesting from fossil fuels abroad”.

Christian Aid said: “The important thing now is that rich world governments make up for lost time and act quickly to reduce emissions and deliver promised financial support for the vulnerable.” 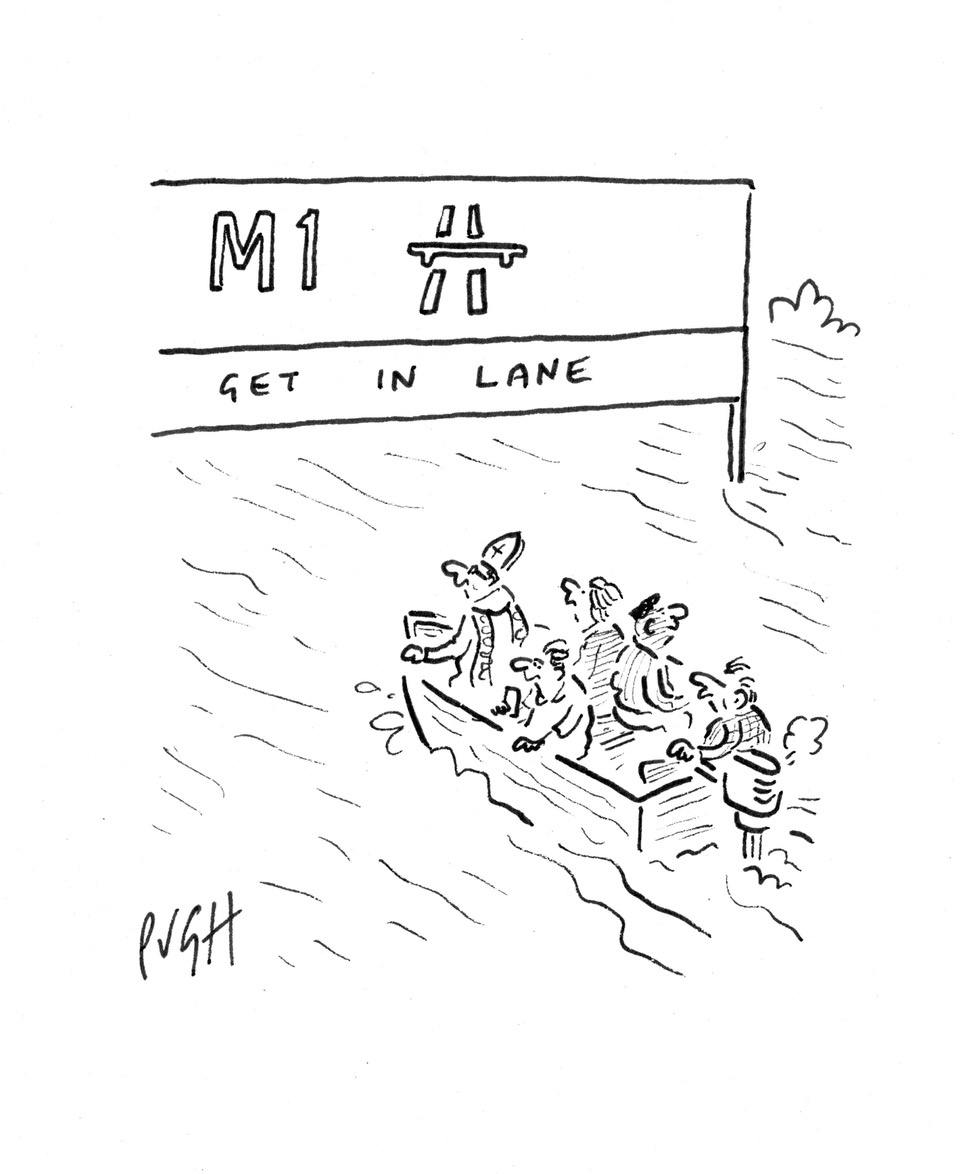 The chair of the National Justice and Peace Network of England and Wales, Paul Southgate, told The Tablet: “This is a devastating report, for if the planet keeps warming at its present rate, scientists reckon on a 2.5C rise during the lives of our grandchildren – that’s the warmest in three million years.” He said: “Churches and faiths must take responsibility, take a lead and take action now.”

A Rocha UK said the IPCC report confirms the urgency of parishes organising a Climate Sunday in the Autumn.

Last weekend members of the Young Christian Climate Network (YCCN), on pilgrimage from June's G7 meeting in Cornwall to November's COP26 in Glasgow, were welcomed by churches in and around London. There were services at St Paul’s Cathedral, Wesley’s Chapel, St Martin in the Fields, St James Piccadilly and Westminster Cathedral.

Around 100 people gathered at Westminster Cathedral on 6 August, including three Westminster Diocesan priests alongside the current chair of Westminster Justice and Peace, Fr Dominic Robinson SJ of Farm Street.

Organisations present included Cafod, Caritas, Pax Christi, Jesuit Mission, Columban JPIC, and A Rocha UK. "What do we want? Climate justice!" echoed round Victoria. The YCCN boat – accompanying the whole relay – was set up in the Lady Chapel for the ecumenical service. Its sail bears fabrics from climate-threatened places. Colette Joyce of Westminster Justice and Peace welcomed the congregation, followed by three of the walkers explaining their call for the UK government to meet and exceed its own climate finance commitments, reinstate the original aid budget and cancel the debts of poor countries. There was a reflection from Pope Francis calling on each person to “be a guardian of our common home”.

The pilgrimage has been successful in drawing attention to the climate crisis. Anglican ordinand Hannah Malcom based last Saturday’s Radio 4 Thought for the Day reflection on it. The young people have travelled through Truro, Exeter, Bristol, Reading and London, being received enthusiastically and offered hospitality by churches of all denominations, and are now heading north towards Glasgow.