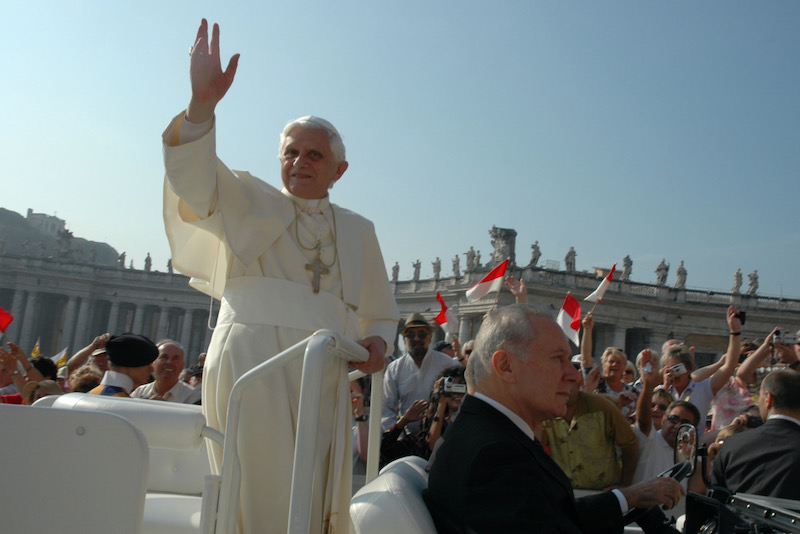 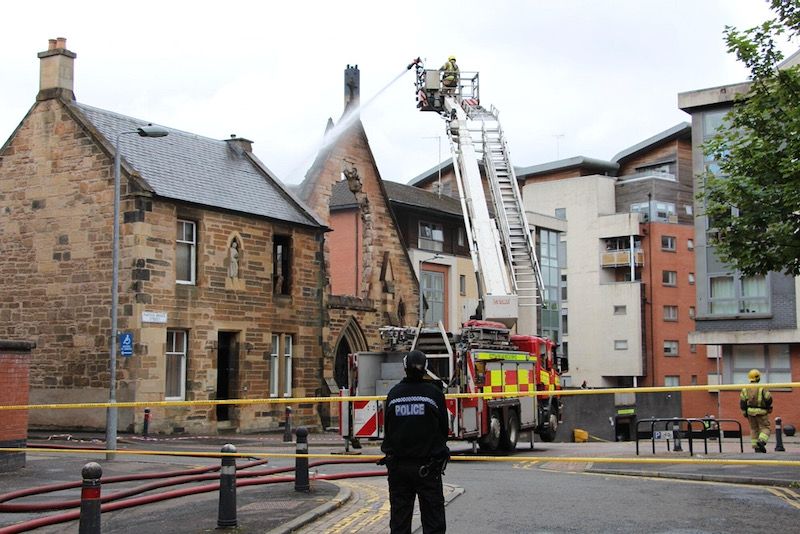 Firefighters at the scene of the fire at St Simon's Church in Glasgow last week.
PA/Alamy

Polish Church leaders have expressed shock at the loss of St Simon’s church in Glasgow, which was gutted by fire after being used for decades by the city’s Polish community.
“This was a place of religion, but also an important centre for Polish emigration,” said Archbishop of Poznan Stanislaw Gadecki, president of the Polish bishops’ conference.
“We must trust this difficult experience, faced in a spirit of faith, will lead to an ever greater consolidation of the Polish community in Glasgow and Scotland, awakening ever greater responsibility in all our believers for the Polish cultural and religious heritage.”
The archbishop was reacting to last week’s fire in Glasgow’s Partick Bridge district, which completely destroyed the nineteenth century landmark.
Meanwhile, the bishop in charge of Polish Catholics abroad said the church, originally built by Irish Catholics, had served Polish combatants and exiles after the Second World War, and provided a key centre of “spiritual and religious formation” under its long-serving rector, Fr Marian Lekawa.
He added that barely ten per cent of Polish Catholics attended church in Britain, compared to much higher numbers at home, largely because of a shortage of clergy, and said he hoped the disaster would foster greater involvement.
“Perhaps this fire will stoke the sensitivity of priests in Poland, making them willing to offer pastoral service here,” Bishop Wieslaw Lechowicz told his country’s Catholic Information Agency, KAI. “We can hope it also integrates the Polish community, allowing an even livelier faith to emerge from the ruins.”
The Polish Catholic Mission in Scotland, headed from Callander by Fr Wieslaw Wiecaszek, has 15 full-time priests, ministering to parishes in Glasgow, Edinburgh, Aberdeen, Inverness and five other towns.
St Simon’s, dedicated in 1858, was one of the Glasgow archdiocese’s oldest churches, with a congregation dating from the 1940s which mushroomed with increased Polish migration after 2004. Polish-language Masses and liturgies are also held at St Peter’s and St Anna’s churches in Glasgow.
Neighbouring buildings in the residential area were evacuated during the overnight blaze, which was battled unsuccessfully by over 30 firefighters.
Back to articles
Back to articles