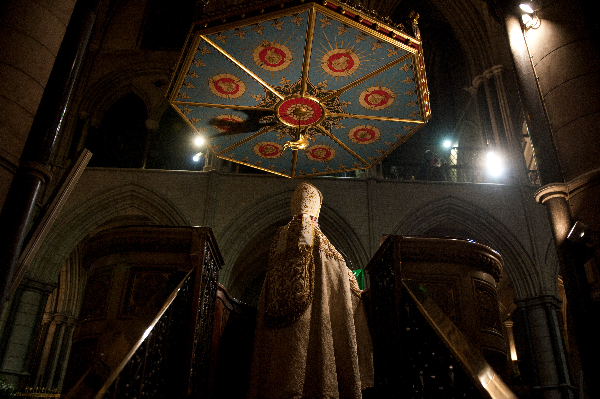 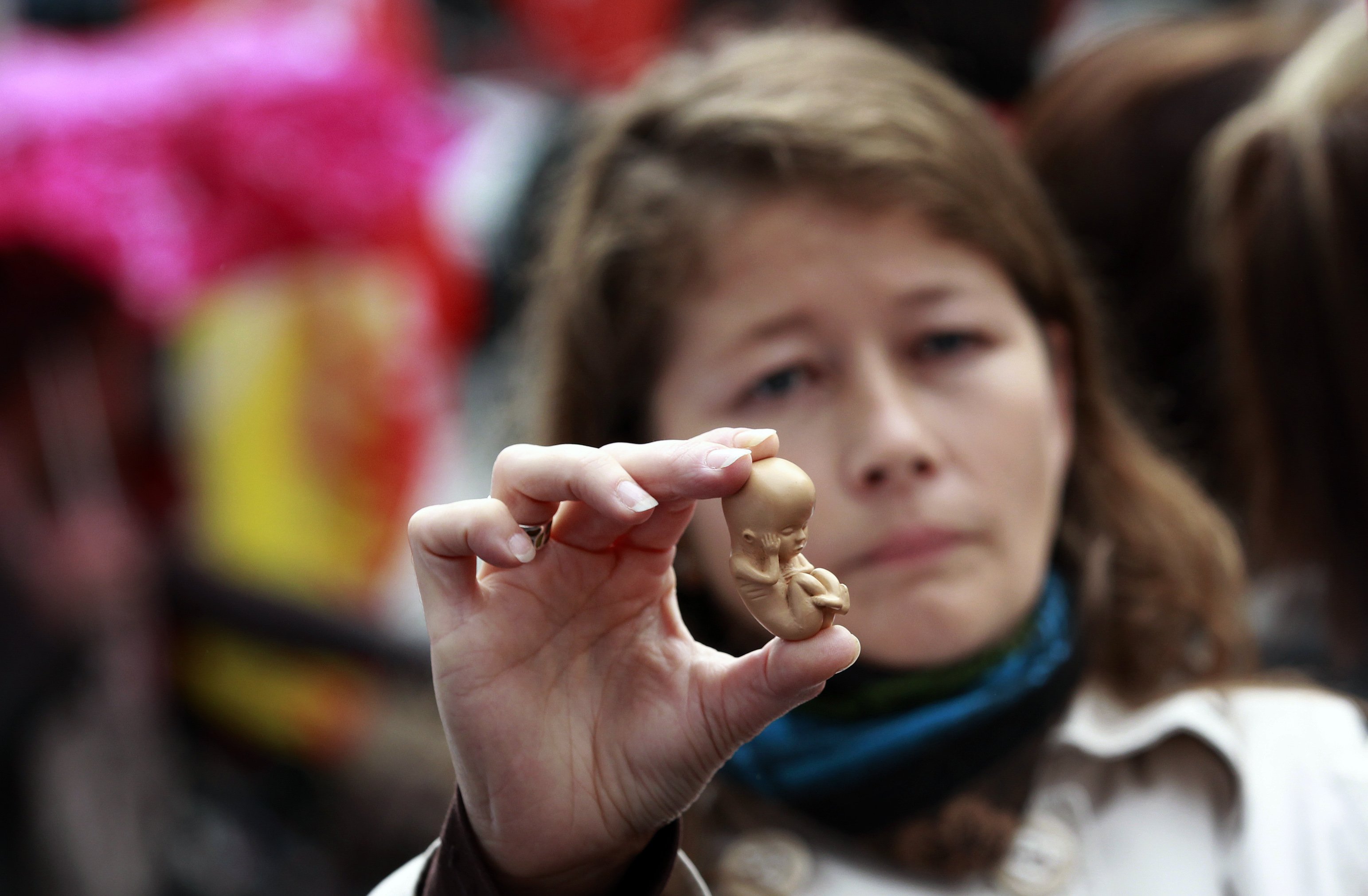 A pro-life advocate is pictured in a file photo holding up a model of a 12-week-old embryo during a protest outside the Marie Stopes clinic in Belfast, Northern Ireland
CNS photo/Cathal McNaughton, Reuters

Bishops in Northern Ireland have strongly criticised the Secretary of State’s directive to introduce abortion by 21 March 2022 to Northern Ireland’s Executive and the Department of Health, describing the decision as “gravely disquieting”.

A number of political parties and Stormont’s Department of Health have said any move on abortion services must be made by the whole executive in Northern Ireland.

In a statement this week, the Northern Catholic Bishops said the move by Mr Lewis was the latest in a line of decisions by the current Westminster Government which “we believe threaten the fragile balance of relationships at the heart of the Belfast (Good Friday) Agreement”.

“Christians, and all people of good will, can never ignore the fact that unborn children are human beings worthy of protection,” the bishops stated.

Ahead of local Assembly election, they encouraged Catholics, and those who share the bishops’ view on the inviolability of all human life, to ask local candidates and political parties to explain their stance on a series of unilateral impositions by Westminster.

“Sadly, some of our local political parties seem content to welcome this unilateral move by Westminster on an issue which is of fundamental importance to local voters, while rightly challenging such unilateral impositions on other issues,” the bishops criticised.

By unilaterally imposing this direction on abortion services on the Assembly, thousands of unborn children have no legal protection, their humanity is excluded from the political equation, and they are absent from the discussion, they said.

“It is for this reason that the argument for the protection of all human life can never be abandoned or referred to human rights experts alone. Westminster has imposed an unjust law. Christians, and all people of good will, can never stand silently by and fail to raise their voices at any attempt to ignore completely the fact that unborn children are human beings worthy of protection,” the bishops said.

A number of parties including Sinn Féin, the Alliance party, and the Green Party support Westminster’s move while the SDLP and the UUP allow party members to vote according to their conscience and do not apply a party whip. The DUP is opposed to the move.

“With many others, from a wide range of moral, philosophical and religious backgrounds, we have consistently held that the right to life of every person, irrespective of stage of development or ability, is the prior and essential right of all other human rights,” the bishops of Northern Ireland said.

“Our shared search for peace is driven in no small part by our collective rejection of the brutality and demeaning of human dignity that occurs when the right to life is diminished in any way.”

They lamented that though there is a better appreciation today of the preciousness and fragility of all life on the planet, there was a failure to extend this sensitivity and care to the unborn in the womb.

That failure would one day be seen as “a grave moral blindness on the part of this generation and a profound dereliction of our responsibility to uphold the most basic human right of all - the right to life,” they warned.

Separately, the Presbyterian Church in Ireland has warned that the Secretary of State for Northern Ireland’s direction to commission abortion services has removed the legal protection for unborn children, and leaves those babies diagnosed with Down’s syndrome potentially unprotected and incredibly vulnerable.

A joint statement issued on behalf of the Presbyterian Church in Ireland by Rev Trevor Gribben, Clerk of the General Assembly and General Secretary, and Rev Daniel Kane, PCI’s Convener of the Council for Public Affairs said, “As a Church with a strong pro-life position we have, in no uncertain terms, consistently put on record our total opposition to the imposition by Westminster of the most liberal abortion laws in these islands.”

The Presbyterian Church highlighted how the Secretary of State’s regulations went against the express wishes of 80 per cent of the more than 21,000 individuals and organisations who responded to the Northern Ireland Office’s own 2019 consultation on this matter.