Cautious response to change from US bishops

Church ‘must bury the dead and comfort grieving’ 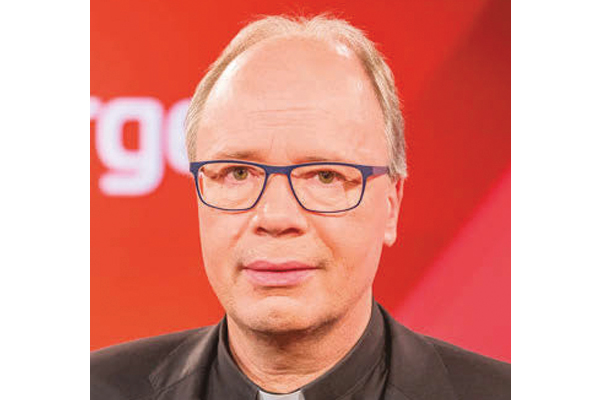 In the wake of last week’s catastrophic floods that struck Rhineland-Palatinate state and Germany’s most populous state of North Rhine-Westphalia, Bishop Stephan Ackermann (inset) of Trier, Germany’s oldest diocese situated in Rhineland-Palatin­ate, said that the Church’s chief task was to assist in burying the many dead and supporting those mourning their lost loved ones.

The death toll in Germany rose above 160 on Monday, with many people unaccounted for.

After visiting several towns and villages in the Ahrweiler region, where some of the worst damage occurred, Bishop Ackermann said he was shattered. “I simply cannot get the pictures and ­conversations of the last two days out of my head – all those houses, roads and bridges that have been totally destroyed but also the pictures of the many helpers. And I cannot stop thinking about those who have lost their lives in the floods”, he said in an interview ­published by the Trier ­general vicariate.

“Our help is needed to bury the many dead and to support those who are mourning them,” Ackermann said.

An ecumenical service of lamentation for the victims was held in the Catholic Basilica of Constantine in Trier on Saturday 17 July. The service was intended to offer people somewhere “to weep and find peace before God”, chairman Thorsten Latzel of the Protestant Church said.

The entire valley of the River Ahr had been destroyed, the parish priest of Bad Neuenahr-Ahrweiler, Fr Jörg Meyer, told KNA news agency. Bridges over the Ahr had either collapsed or been swept away by the floods. His parishes were completely without water and electricity, and more than 1,000 ­families were homeless.

“The situation is catastrophic. All three of our churches are flooded and unusable. We are working from the Red Cross ­centre and are arranging housing and clothing for people who have lost everything. They arrive soaked through with just the clothes on their backs,” he said.

“I express my closeness to the populations of Germany, Belgium and Holland struck by catastrophic floods,” Pope Francis said after the Sunday Angelus.