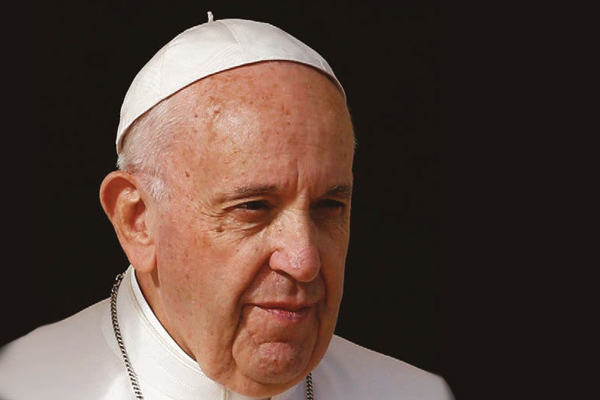 Pope Francis has issued ­sweeping new restrictions on cele­brations of the Old Rite, saying it has been used to fuel division and reject the Second Vatican Council.

Francis’ intervention overturns Benedict XVI’s 2007 legi­s­lation Summorum Pont­ificum, allowing greater use of the pre-Vatican II Latin Mass, and sets out a series of tough new ­conditions that give much more authority to local bishops.
Benedict’s ruling had allowed for celebrations of the Old Rite wherever it was requested by a group of believers. With the latest ruling, each priest celebrating the Old Rite must get permission from his bishop to continue to do so, while any priest ordained after the latest ruling must submit a formal request to his local bishop who in turn must consult with the Holy See. Francis’ intervention aims to make the Tridentine liturgy very much the exception, and to clamp down on younger, traditionalist priests wanting to say the Old Rite.

His ruling also counters the argument that has developed in some church circles and among certain cardinals that the Old Rite, known as the “extraordinary form”, can somehow cross-fertilise with the Novus Ordo – referred to as the “ordinary form” in Summorum Pontificum.

Francis has ruled that the liturgy which emerged following the reforms of the 1962-65 Second Vatican Council is the “unique expression” of the Roman Rite. He also states that one of the conditions for the celebration of the pre-Vatican II Mass is that “groups do not deny the validity and the legitimacy of the liturgical reform, dictated by Vatican Council II”.

Although many are drawn to its contemplative, otherworldly style, the Old Rite has also become a rallying point for dissent from the Francis pontificate and for opposition to Vatican II.

Francis has been saddened, he explains in a letter to bishops accompanying his motu proprio, Traditionis Custodes, that the Tridentine Mass has been “characterised by a rejection not only of the liturgical reform, but of the Vatican Council II itself, claiming, with unfounded and unsustainable assertions, that it betrayed the Tradition and the ‘true Church’”. The Pope says that to doubt the council is “to doubt the Holy Spirit himself who guides the Church”, arguing that the Church’s liturgy has been “adapted many times over the course of the centuries according to the needs of the day, not only [to] be preserved but renewed ‘in faithful observance of the Tradition’”.

Pope John Paul II and Benedict XVI, he explained, had sought to “recover the unity of an ecclesial body with diverse liturgical sensibilities”, by making provisions for celebrations of the Old Rite.

But Francis says their attempts to bring about unity had been “exploited to widen the gaps, ­reinforce the divergences and encourage disagreements that injure the Church, block her path and expose her to the peril of division”.
Therefore,“I take the firm decision to abrogate all the norms, instructions, permissions and customs” that precede the present ruling, he declared.

Many traditionalists responded to the news with anger. One website, Rorate Caeli, described it as “shocking and terrifying”, accusing Francis of being “an anti-Christical figure of this age”.