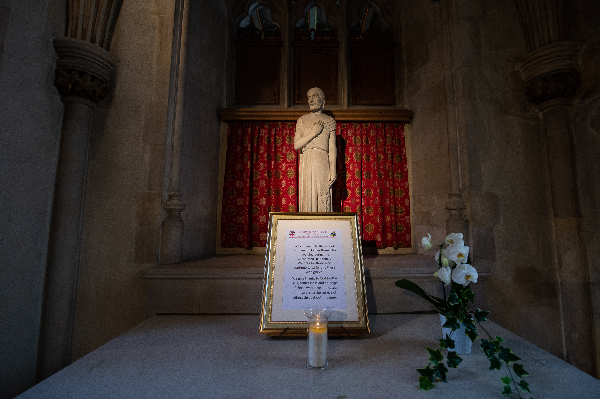 Pope Francis’s motu proprio met with mixed reactions in France, a stronghold of adherents to the Latin Mass it tightly regulates, with the bishops giving it a cautious welcome while strict traditionalists howled in protest.

The bishops' conference announced its loyalty to Rome and said all must follow its call for "an authentic Eucharistic renewal,” while also expressing its "attention and esteem" for the traditionalists’ "spiritual zeal ... and their determination to continue the mission together".

They referred to a balance many dioceses had found with Vatican-loyal  traditionalists since Pope Benedict XVI’s 2007 motu proprio liberalising celebration of the Tridentine Mass.

Some bishops had few problems with most traditionalist priests but added some tried to present the Tridentine Mass as superior to the Novus Ordo rite.

Among the critics, the ultra-traditionalist Society of St. Pius X (SSPX) complained the loudest.

“The clearly expressed purpose is to make (the Tridentine Mass) disappear,” it said. “This clarification is brutal for those who believed they could trust authorities still imbued with liberal values” — SSPX-speak for non-traditionalists.

The Priestly Fraternity of Saint Peter (FSSP), one of the pro-Vatican Ecclesia Dei communities, said the motu proprio was “offending and very violent”.

“They talk about rejecting the Council, but the Fraternity of St. Peter has never rejected Vatican II,” FSSP France superior Fr. Benoît Paul-Joseph said. “There will be no more stability … this is a reining in of the last people loyal to the missal of St. Pius V, whom they’re accompanying therapeutically, like in palliative care.”

The refusal of FSSP priests to concelebrate with diocesan clergy in the ordinary rite prompted Dijon Archbishop Roland Minnerath to terminate their 23-year mission at a church there.

Latin Mass attendees reacted with frustration. "First we had a vaccine passport, now we have a liturgical passport," one sighed at a traditionalist Mass in Lille.

According to Christophe Geffroy, editor-in-chief of the traditionalist monthly La Nef, 85 percent of French priests celebrating in the extraordinary form are loyal to the Vatican.

Most have found a balance, sometimes shaky, between cooperating with the local bishop and defending the extraordinary form. It was this communion that the bishops conference seemed concerned to preserve.

“Little by little, some wanted to say the extraordinary form was better than the ordinary form,” said Arras Bishop Olivier Leborgne, a vice-president of the bishops' conference. “We noticed a certain sliding by some (traditionalists) but we can’t say this is the norm for all of France.”