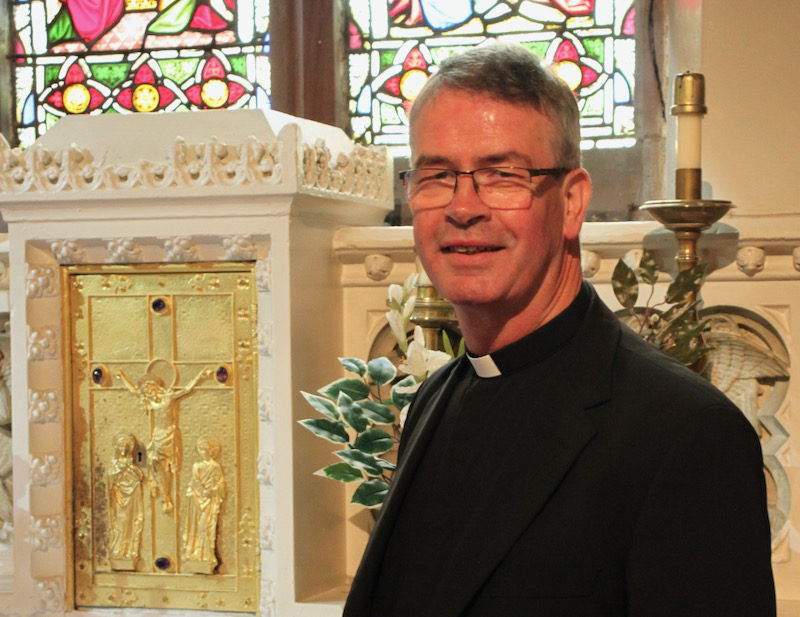 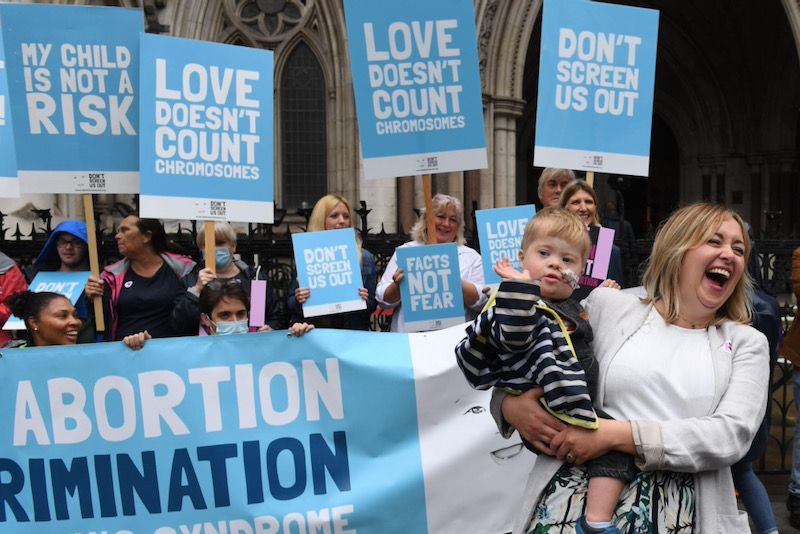 Maire Lea-Wilson, 33, and son Aidan, who has Down's syndrome, outside the Royal Courts Of Justice today ahead of a case challenge to legislation that allows abortions up to birth for babies with the condition.
PA/Alamy

The bishops of England and Wales have welcomed the dropping of two extreme abortion proposals, discussed in parliament on Monday under the UK Government’s flagship Police, Crime, Sentencing and Courts Bill.

Bishop John Sherrington, lead Bishop for Life Issues at the Bishops’ Conference, told The Tablet on Tuesday that, “I welcome the fact that the radical amendment (New Clause 55), which was well outside the scope of the bill, was withdrawn.” He said, “it would have swept away the few protections remaining for the unborn child and enabled abortion on demand as well as removing the possibility of the doctors’ conscientious objection.” He noted that the abortion clinic censorship zone amendment (New Clause 42) was also withdrawn and commented, “we must stay vigilant to attempts to widen access to abortion by hijacking other bills.”

Bishop Sherrington thanked the thousands of people who lobbied MPs “and helped to prevent dangerous amendments to the bill from moving forward”. Right To Life UK’s Catherine Robinson commented that Johnson’s amendment “would have left England and Wales with one of the most extreme abortion laws in the world”.

Ahead of Monday’s debate, Catholic Bishops and more than 800 medical professionals urged Diana Johnson to withdraw her amendment. The medics said: “Your proposal to allow abortion up to birth in this country would be to attack the heart of the medical profession: our core duty to protect life whenever and wherever possible.”

On Tuesday, a woman with Down’s syndrome took a challenge to abortion law, which does permit late termination of pregnancy if “severe abnormality” is found, to the High Court in London. Heidi Crowter, from Coventry, said the law discriminates against foetuses with Down's Syndrome and the 24-week limit on abortions should apply to all babies.