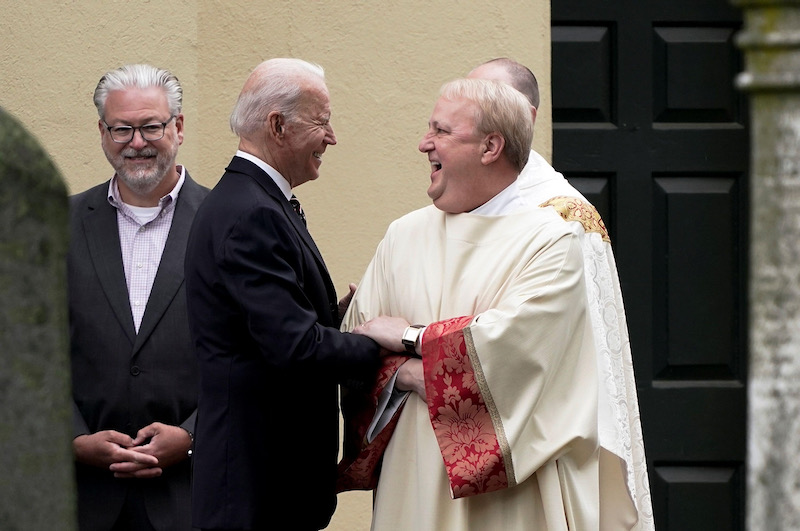 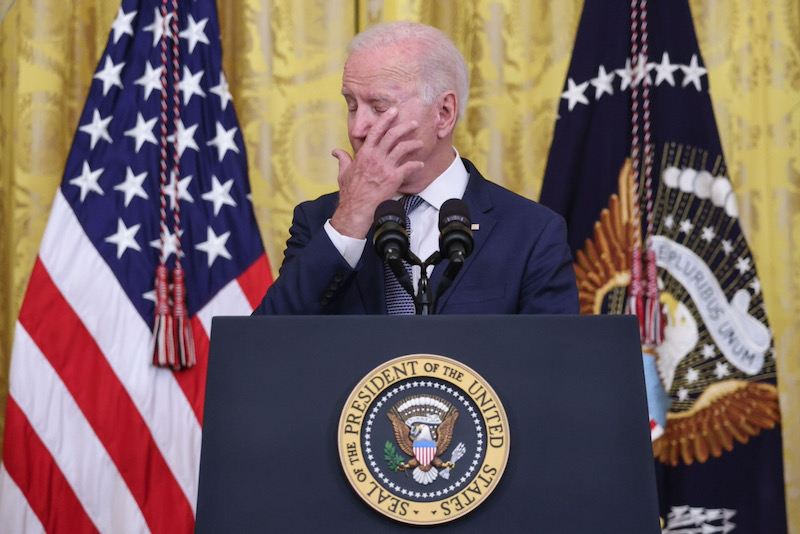 President Joe Biden is among those Catholics politicians targeted by US bishops.
Newscom/Alamy

Catholic bishops in the US have overwhelmingly approved the drafting of a document on the Eucharist, a proposal originally made by the bishops’ working group established to confront the prospect of a Catholic president, Joe Biden, who does not support criminalising abortion.

The 168-55 vote came after a nearly four hours of debate that saw bishops deeply divided on the issue.

The United States Conference of Catholic Bishops’ meeting began with conference president Archbishop Jose Gomez of Los Angeles reading a letter he had received from Archbishop Augustine DiNoia OP, the adjunct secretary of the Congregation for the Doctrine of the Faith.

Gomez implied that the letter signalled approval of the proposal but DiNoia insisted the letter was merely an accusa di ricevuto – a letter acknowledging receipt of materials, and had expressed no opinion on the subject.

“Never has a letter of so little moment received such a level of unmerited attention,” DiNoia told Cindy Wooden of Catholic News Service. “When we heard about the furore, we looked high and low for a letter bearing my signature that could possibly have created such a fuss. Finally, late this afternoon, we realised that they were talking about an accusa di ricevuto, which we then located in the appropriate file.”

He added: “It would be helpful if you were to explain the utterly routine character of such communications.”

The prefect of the CDF, Cardinal Luis Ladaria, SJ, had previously written to Gomez, urging the conference not to embark on the proposed document unless it was thought it would build up the unity of the conference, and urging an “extensive and serene dialogue”.

St Louis Archbishop Mitchell Rozanski then proposed that sufficient time be set aside for debating the proposal so that every bishop could speak to the issue if they wished.

Archbishop Joseph Naumann, chair of the Pro-Life Activities Committee and one of the leaders of the effort to deny communion to the president, asked to be recognised and questioned Rozanski’s motives, accusing him of a “delaying tactic”.

Archbishop Paul Coakley of Oklahoma City agreed, accusing Rozanski of wanting to “filibuster” the proposal. Gomez, who chaired the meeting, did not intervene to caution the bishops against questioning each other’s motives, something rarely done at a bishops’ meeting and always soliciting a reprimand from the chair.

The next day, Gomez and doctrine committee chair Bishop Kevin Rhoades assured the bishops that the document would not be political in its focus, but several other bishops expressed the desire that politicians like Biden be targeted. “It’s not the bishops that have brought us to this point, it's really, I think, some of our public officials,” said Naumann.

Cardinals Blase Cupich of Chicago, Wilton Gregory of Washington and Joe Tobin of Newark were among those who urged the conference to vote against proceeding with the divisive issue.

“The proposal before us presents us with a stark and historic choice,” said Tobin. “Voting in the affirmative will produce a document, not unity. Voting against it will allow us to work together in dialogue to forge a broad agreement on the serious questions embedded in the issue of eucharistic worthiness.”

The doctrine committee will present a draft document to the full body at the November plenary meeting. A teaching document, it will need the support of two-thirds of the bishops voting and the approbation of the Holy See to take effect.