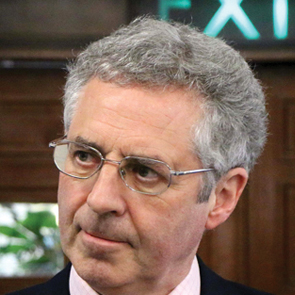 Internal disagreements within the board of governors of Heythrop are thought to lie behind the resignation of its chairman, which comes during crucial talks about the future of the Jesuit-run college in west London.

A spokesman for the college said that the resignation of William “Bill” Moyes, who has stepped down after serving two years of a three-year term, was not due to personal reasons but declined to expand on the departure of the chairman, a position that can be held for a total of three terms.

Dr Moyes’ resignation comes at a critical point for the 400-year-old college, which is currently part of London University and specialises in philosophy and theology, as it discusses a possible “strategic partnership” with St Mary’s in Strawberry Hill, a Catholic university that has Cardinal Vincent Nichols as its chancellor.

Dr Moyes was playing a key role in the discussions and was described by one former Heythrop governor, the Revd Professor Peter Galloway as a “very effective chairman”.
“He was fully in command of the issues, he allowed everyone to speak and never curtailed debate,” said Professor Galloway, who left the governing body before discussions with St Mary’s started. “He listened with great care and diligence.”

A former civil servant, he is an experienced administrator who is a former chairman of Monitor, the body that regulates NHS foundation trusts and is currently chairman of the General Dental Council. He also holds positions at the Office of Fair Trading, the Nuffield Trust and the Legal Services Board.

Beyond issuing a statement that Dr Moyes had “decided to resign”, Heythrop refused to elaborate although it stressed that the departure is “not related to the future direction of the college” and that the vice chairman, Jeremy Heap, would take over as chairman until a successor was found.

Heythrop has been facing financial challenges with its most recent accounts showing a deficit of around £600,000 caused partly by a lack of students. The accounts also reveal that the Society of Jesus has agreed to give £3.5 million to the college over a three-year period.

The college is located in Kensington, London, on a valuable site that was purchased by the Jesuits for £40 million in 2009.

The governing body of Heythrop includes members appointed by the Jesuits, the University of London, one from the bishops’ conference of England and Wales and “co-opted” external members not nominated by the other groups. There are also staff members and representatives from the student union on the governing body.

At a meeting of the Students’ Union of Heythrop in September a motion was put forward that the union would only support a partnership with St Mary’s if Heythrop “retains degree-awarding powers from the University of London”.

St Mary’s has recently been awarded full university status, giving it its own degree-awarding powers. It has around 6,000 students and a new Vice Chancellor, Francis Campbell, former British Ambassador to the Holy See.