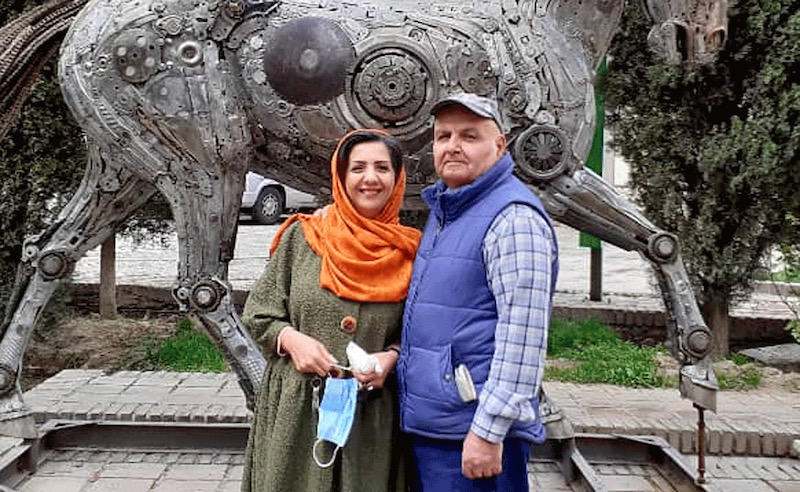 US Embassy to the Holy See flies rainbow flag 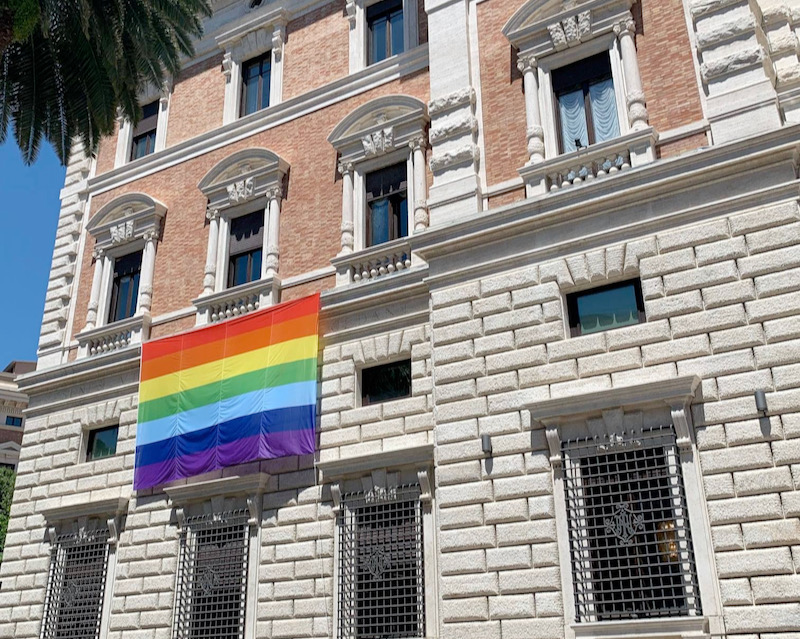 The American Embassy to the Holy See is marking Pride month this June by flying the rainbow Pride flag at the embassy building in Rome. The decision has already sparked a certain amount of controversy, with many conservative Catholics, especially Americans, angered by what they see as a gesture of hostility towards the Catholic Church and its teachings on human sexuality.

Theodore Diehl, spokesperson for the US Embassy to the Holy See, said: “President Biden believes that America’s strength is found in its diversity. America is stronger, at home and around the world, when it is inclusive.

“The United States will lead by the power of our example and pursue a policy to end violence and discrimination on the basis of sexual orientation, gender identity or expression, or sex characteristics.

“The United States proudly advances efforts around the globe to protect LGBTQI+ populations from violence and abuse, criminalisation, discrimination, and stigma, and to empower local LGBTQI+ movements and persons.  The struggle to end violence, discrimination, criminalisation, and stigma against LGBTQI+ persons is a global challenge, and one that remains central to our commitment to promote human rights and fundamental freedoms for all individuals.”

LGBT issues have long been a feature of Democratic politics in America, but questions of civil rights for LGBT people have become increasingly central to many on the US left, including in the realms of the arts, academia and the media. President Biden came to office promising swift action on LGBT rights, and issued a flurry of executive orders that included one aimed at preventing discrimination on the basis of sexuality or gender identity.

Many more conservative US Catholics have felt that Biden has asserted his Catholic identity to win support whilst flouting Church teaching in the areas of sexuality and bioethics, from his stance on LGBT rights to his support for abortion.

Questions around sexuality have only seemed to grow more urgent and contested following the controversial ruling of the CDF on the question of same-sex blessings, a ruling that led to a wave of defiance amongst many Western Catholics, especially in Germany.

Reacting to the embassy’s decision to fly the pride flag in the Vatican, Sohrab Ahmari, US-based Catholic writer and op-ed editor for the New York Post, called it a “a profanation, a desecration...You're guests on sacred ground”.

Pete Ricketts, the Governor of Nebraska, said: “As a Catholic, I’m curious to know if the Biden-Harris Embassy in the Holy See will promote respect for Catholic teaching on family and freedom of conscience - or whether we can simply expect more political stunts like this.”

Others detected hypocrisy at work with lay Dominican and author Jay Richards asking: “Are our embassies doing this in Saudi Arabia?”

Despite the backlash among many more conservative Catholics, others have seen it as a positive move, and view it as a welcome recognition of LGBT Catholics, many of whom face persecution worldwide for their sexuality.

Martin Pendergast, who runs Communications & Media for LGBT+ Catholics Westminster, an organisation that advocates for and supports LGBT Catholics in England, welcomed the US Embassy’s approach: “It's good to see that the US Embassy to the Vatican upholds the dignity and rights of LGBT+ people by flying a rainbow flag during Pride Month in Rome, not least after the CDF's offensive Response on same-sex blessings. LGBT+ Catholics Westminster always displays a ‘Proudly LGBT+ and Proudly Catholic’ banner on its market-stall at Pride in London which takes place on 11 September 2021. We're glad that the US Embassy shares our view.”

Many American Catholics frustrated with the Church’s policies on LGBT rights also spoke out in favour of the embassy’s move.

“I view the flag as a sign of respect and a display of solidarity with LGBTQ Catholics who are often pushed to the peripheries of the Church,” said John Gehring, Catholic program director at Faith in Public Life. “The Church's statements about LGBTQ couples and loving parents wound people. A theology of shame and marginalization causes profound damage. The decision to fly the flag sends an important symbolic message, but my hope is more Vatican leaders will start listening to and learning from the experiences of LGBTQ Catholics.”