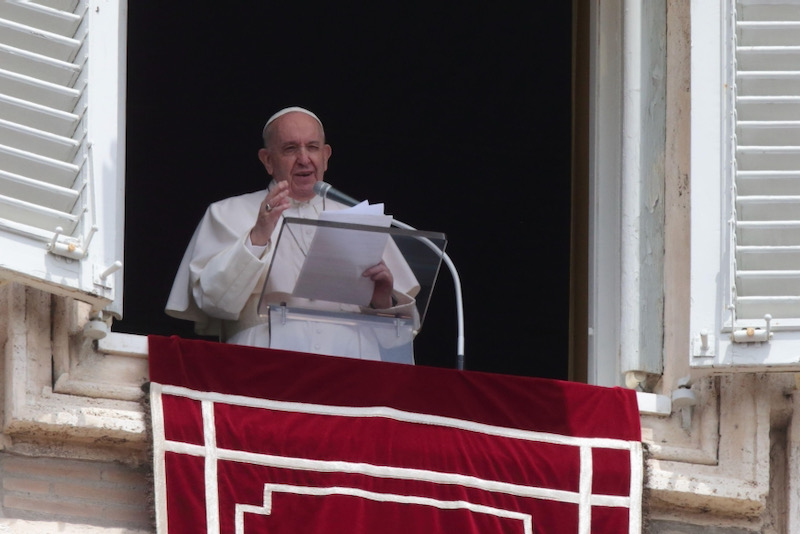 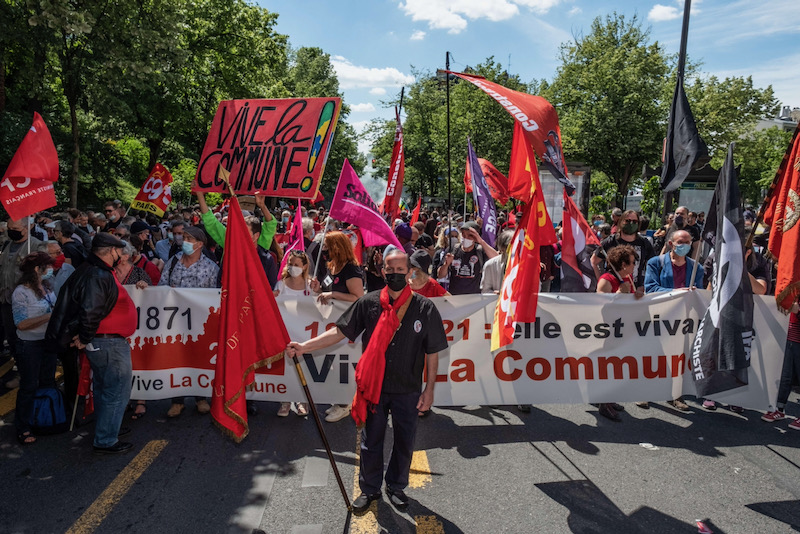 Demonstrators march in the rally to celebrate the 150th anniversary of the Paris Commune of 1871.
Pierrick Villette/Avenir Pictures/Abaca

A commemorative Mass celebrated by Paris Archbishop Michel Aupetit the following day, Sunday 30 May, at Notre Dame des Otages (Our Lady of the Hostages) passed off without incident. “These martyrs were murdered by a blind rage. But until the very end, they never uttered a word of hate, rage, rancor or even revenge,” Aupetit said in his homily.

The church was built on the spot where the 52 hostages, including 10 priests, were shot dead by communards in 1871.

The tension surrounding the anniversary of the end of the 11-week-long episode, sparked by the country’s defeat in the Franco-Prussian war and a subsequent conservative victory in a general election, revealed a social and political split in France that remains relevant to this day.

The city and its political left mostly hailed the commune as the birth of modern social reforms. The Paris archdiocese recalled its darker side including the murders of then Archbishop Georges Darboy and 18 other clerics, the arrest of more than 200 priests, monks and nuns and the confiscation and searches of many Church properties.

Shocking as was the violence by communards under the motto “neither God nor master”, it can fade amid the horrors of the semaine sanglante (bloody week) when the conservative government, which had taken refuge in nearby Versailles, returned ruthlessly to crush the commune in late May 1871.

So many were killed so quickly that there is no agreed total of the week’s dead and estimates range from 6,000 to 30,000. Buildings including the Tuileries Palace and City Hall were sacked and burned.

“We were focussed on prayer and commemoration, without making any kind of political statement or demand,” maintained auxiliary bishop Denis Jachiet, who led the procession retracing the hostages’ march from near Père Lachaise cemetery to their death near the Porte des Lilas.

“We weren't celebrating the victory of one side over another,” he said of the procession on Saturday 29 May.

While the procession through a former stronghold of the Commune in eastern Paris was authorised, it was no surprise that it attracted the rowdy radicals who often break up demonstrations here. Some protesters shouted “down with the Versaillais” as they taunted the marchers.

The polarisation back then, which amounted to a civil war, is also echoed here in discussions about the nearby Sacré Coeur basilica, built in the late 19th century atop Montmartre hill where the insurrection began. The iconic church overlooking Paris is only now on its way to being declared a national monument.

The Commune, which Marx and Engels hailed as the first example of proletarian power, is often remembered as a laboratory for many reforms that later became mainstream policy.

These included the separation of Church and State, labour protection laws, free schools, soup kitchens and the beginnings of gender equality. Recalling these reforms dominated events organised by City Hall to mark the anniversary.

“The history of the Commune is much more complex than one says and the Catholic church does not especially try to misuse that fact,” wrote Jean-Pierre Denis, former editor-in-chief of the Catholic weekly La Vie.