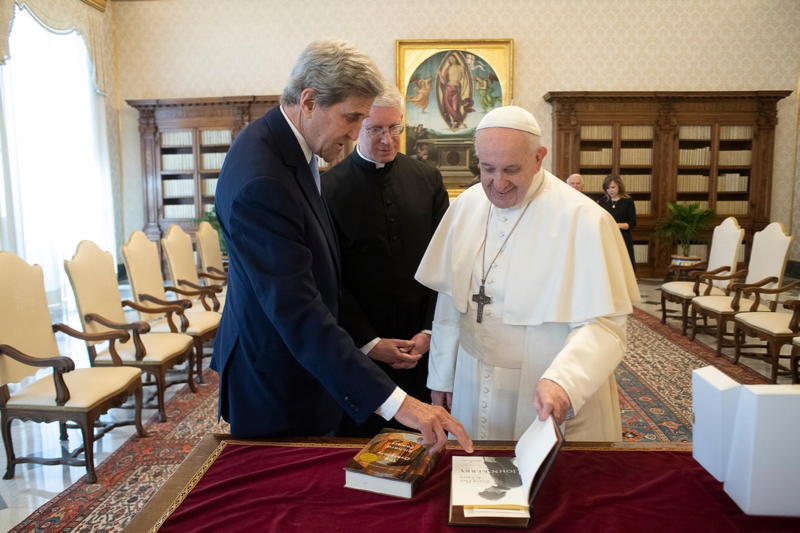 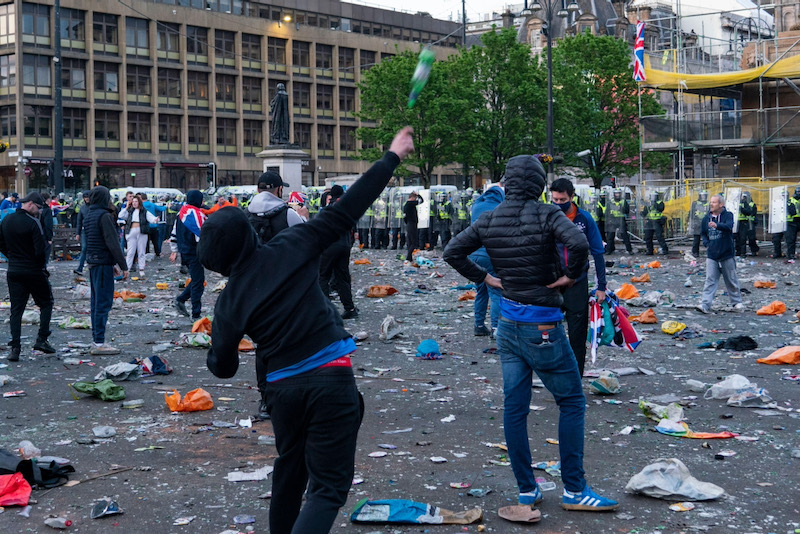 Scotland’s First Minister has condemned the “vile anti-Catholic prejudice” expressed by Rangers fans who rioted in Glasgow city centre following the team’s first league title win for ten years. She was echoed by Holyrood justice secretary Humza Yousaf who has promised swift action against any form of hate crime.

A spokesman for the Catholic Church in Scotland said: “We welcome the First Minister’s condemnation of what she has described as ‘vile anti-Catholicism’ and hope that police reports passed to Procurators Fiscal make reference to the expressions of such hatred.

“It is to be hoped that the Scottish Government, the police, prosecution service and the courts hold to account the perpetrators of such hateful discrimination as well as those who incited acts of anti-Catholic prejudice.”

In a demonstration organised online by the Union Bears supporters’ group, an estimated 15,000 fans broke covid-19 regulations, which are still held at level three in Glasgow following a rise in cases of a new viral variant, by gathering outside the club’s Ibrox stadium to celebrate and then marching to the city’s George Square, the largest urban public space in Scotland, where fighting broke out and city property was vandalised. Violent and obscene sectarian songs and chants were audible at some distance from George Square.

Calling the scenes in Glasgow disgraceful, Nicola Sturgeon said: “To say I’m utterly disgusted by the Rangers fans who rampaged through the city would be an understatement. I’m also angry on behalf of every law abiding citizen. In normal times, the violence and vandalism, and the vile anti-Catholic prejudice that was on display would have been utterly unacceptable. But mid-pandemic, in a city with cases on the rise, it was also selfish beyond belief”.

The First Minister called on Rangers football club to address this second instance of anti-social behaviour by fans, who also rioted in George Square in March when Rangers could no longer be beaten to the League title. She continued, “However, ultimate responsibility lies with those who behaved in such a thuggish, sectarian and selfish manner. And that’s why we must let the police do their job”. Some 28 arrests were made at the scene, but Police Scotland have stated that further action is inevitable and more arrests are likely to be made today.

Justice Secretary Humza Yousaf had earlier in the week pleaded with Rangers fans not to celebrate after Saturday’s home match against Aberdeen, a message that had been reinforced by Rangers manager Steven Gerrard and players. Mr Yousaf said that it was “absolutely disgraceful” that police officers had been “subjected to the kind of thuggery we saw last night” and promised that “incidents of violence, disorder, anti-Catholic and any other hatred will be followed up”. Former Scotland midfielder Michael Stewart, who trained with Rangers as a youngster, said on Twitter, “A few weeks ago the authorities in Scotland came together to put pressure on multinational companies and say ‘enough is enough’ to online racism and general abuse. We now need to see those same authorities showing leadership and challenging the anti-Catholic racism in Scotland.”