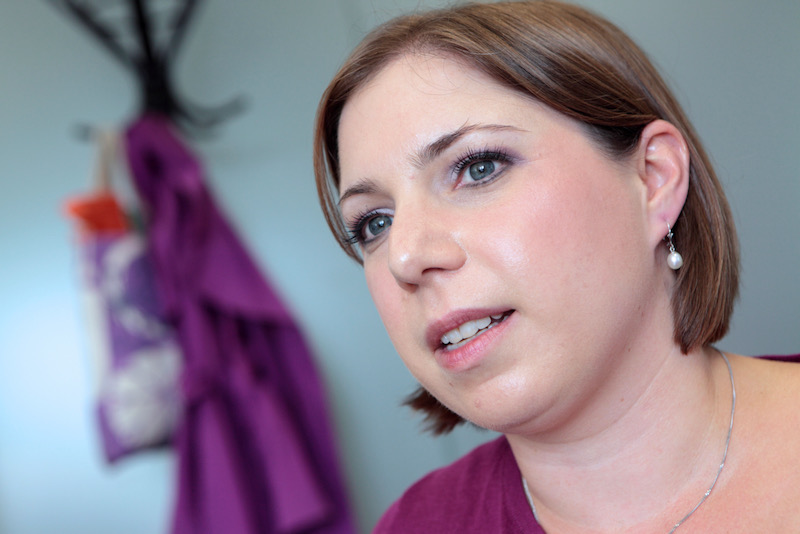 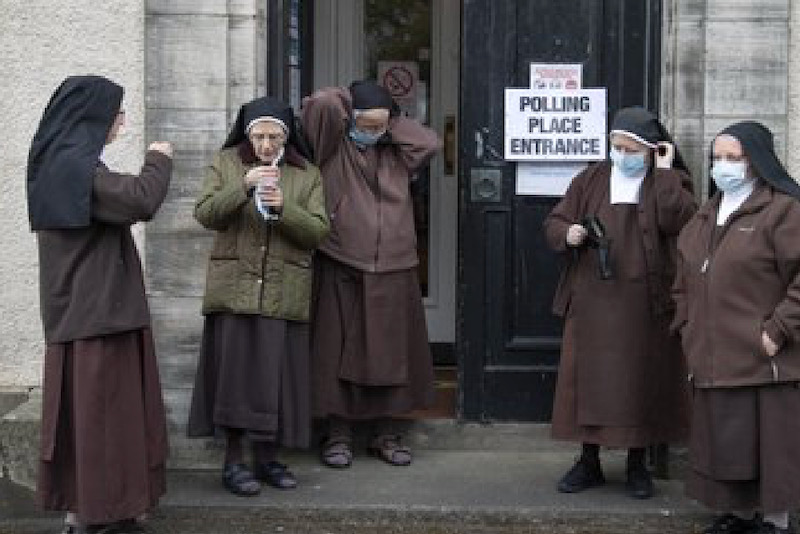 A group of five sisters from the Carmelite Monastery in Dysart, Fife, after casting their vote at the local community hall.
Archdiocese of St Andrew's and Edinburgh via Twitter

When the polls opened today for local and regional elections, plenty of social media trends were a sure thing – #dogsatpollingstations has long pedigree on British election Twitter – but few perhaps expected the latest: #NunsAtPollingStations.

Sister Walburga, a Benedictine nun at Minster Abbey, celebrated doing her “civic duty” and her “first time out of the monastery for 15 months!” 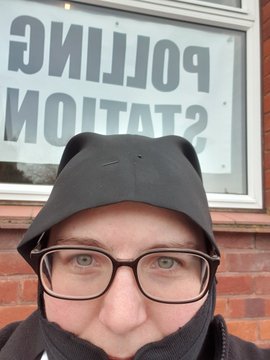 Meanwhile north of the border, where momentous elections to the Scottish Parliament are taking place, five sisters from the Carmelite Monastery in Dysart, Fife, posed for a picture upon leaving the polling station. 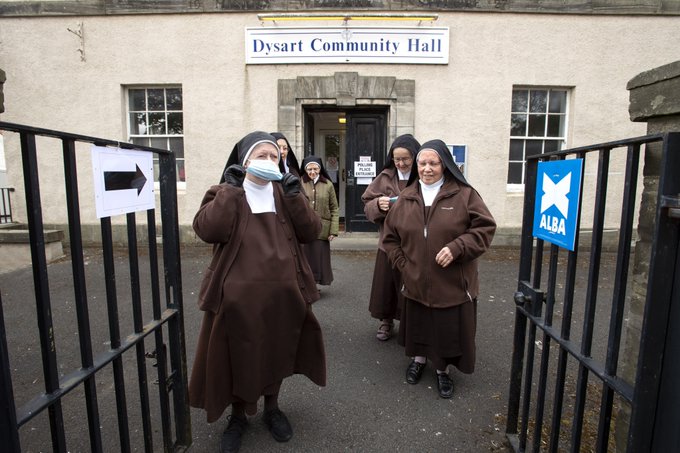 Twitter accounts of every kind have got in on the action, sharing pictures and tweets of beaming nuns marching into and out of the polling booth, with Redbush Tea Company neglecting canine election monitoring in favour of the steamroller that is Nun Twitter.

Hull Journalist Angus Young suggests the trend is as old as the great British election, sharing an image of nuns filing past a traditional bobby.

Once upon a time however, women’s participation in elections, and nuns in particular, was a highly contested question. Pusey House Library got in on the action sharing a letter from Anglo Catholic nuns to the Bishop of Oxford, demanding they be allowed the vote:

Nor have Britain’s nuns been afraid to get stuck into political controversy with Katrina Alton, a Sister of St Joseph of Peace, saying: “Never been so disillusioned by English politics in my life. But the right to vote for working class women was hard won – so vote, even if you ‘spoil’ your ballot as a protest.”