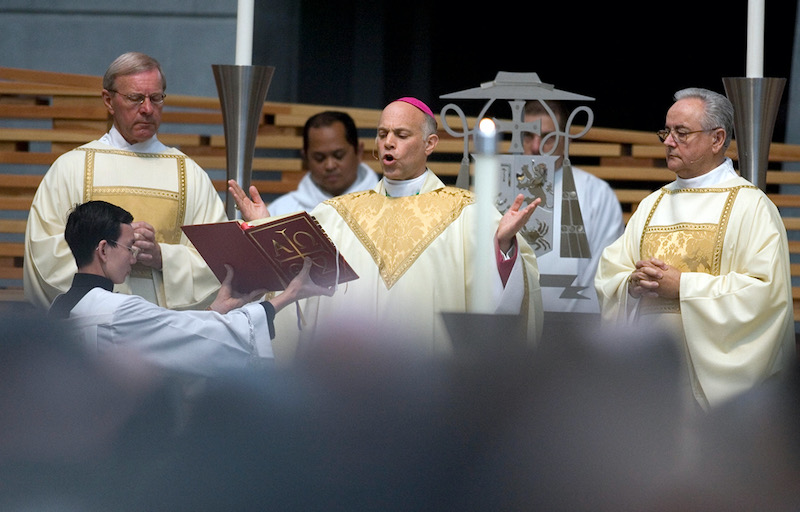 Bishops at loggerheads over Communion for Biden

Priests arrested after bishop-designate is shot 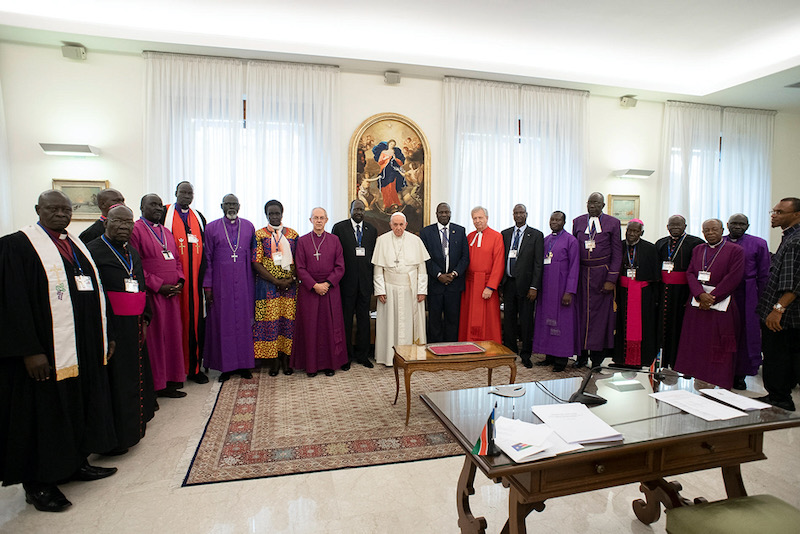 Pope Francis, pictured here in 2019 when he conducted a retreat for the country's leaders, is aware of the shooting and praying for Fr Carlassare and the people of South Sudan.
Wenn/Alamy

Three priests are among 12 people arrested for their possible involvement after the Italian-born bishop-designate of Rumbek, South Sudan, was shot and wounded on 26 April. Lay members of the local church community were also detained.

Fr Christian Carlassare, a 43-year-old Comboni missionary, has forgiven his attackers, and said: “It is a very sad story, but if it turns out church members are guilty, then the local church will have to repent and recognise its responsibility.” He felt, “only the truth, even if it is painful, will be able to point out what choices we will have to make.” The bishop-designate, who has been ministering in South Sudan since 2005, spoke from a hospital bed in Nairobi, Kenya to Avvenire, the daily newspaper of the Italian bishops.

The attack occurred in the early hours when two gunmen entered his residence. “I came out and asked what they wanted and they started shooting low at my legs.” He felt, “they were not there to steal or kill me because they would have killed me easily." He took four bullets in his legs and reflected, "the wounds will heal, but I am worried about whether the community can heal."

Pope Francis appointed Carlassare bishop in March and his episcopal ordination was scheduled for 23 May, Pentecost Sunday. One of the priests arrested was Fr John Matiang, who has administered the Diocese of Rumbek for nine years, since the death of the last bishop, another Italian-born Comboni missionary.

Fr James Oyet Latansio, general secretary of the South Sudan Council of Churches, confirmed on 27 April that three priests were believed to be part of a conspiracy that led to the attack. Church officials suspect that a local priest wanted to be bishop in Rumbek. The arrests followed the extraction of records from a mobile phone that an assailant dropped. The last call was from a priest and the words, in the Dinka ethnic dialect, were "where is his room?".

Tribal loyalties remain strong in South Sudan. In 2019, the appointment of an Archbishop for Juba who was not from the capital was followed by months of protests and calls for a local priest to be appointed.

Bishop-designate Carlassare is recovering well and doctors say he will walk again. He sent a video message to people in Rumbek saying, “I feel united to you, please also be united with me in this process of reconciliation.”  Pope Francis is aware of the shooting and praying for Fr Carlassare and the people of South Sudan. The Primate of the Episcopal Church of South Sudan, Archbishop Justin Badi Arama, said that the Anglican Church is praying “for his quick recovery and healing and that all involved find forgiveness and reconciliation to move forward.”