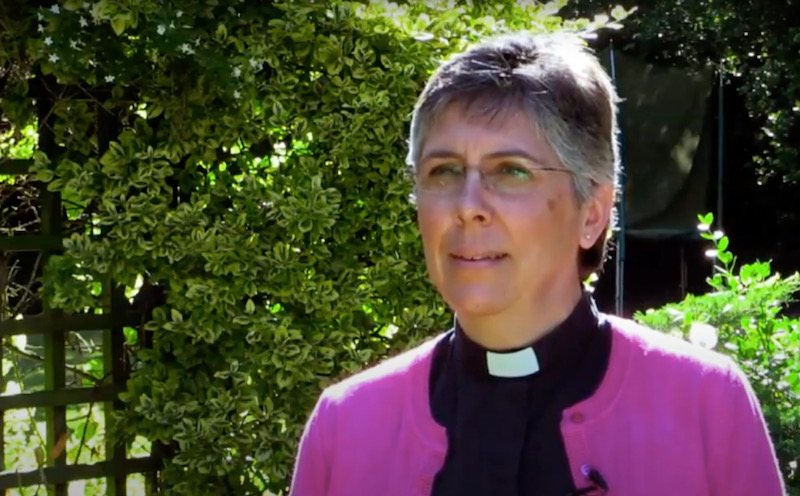 Church of England lays out plan to tackle racism 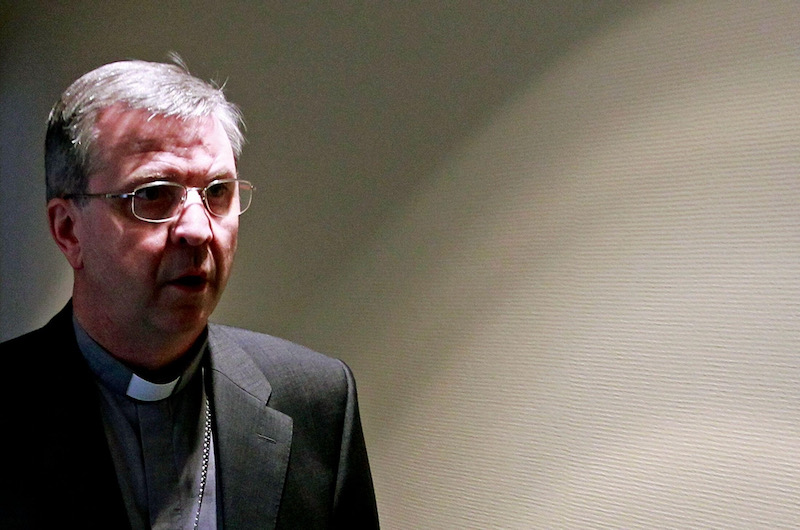 As many as 700 mainly young people formally left the Catholic Church in the Diocese of Antwerp in the two weeks following the Congregation for the Doctrine of Faith’s publication of its Responsum barring the blessing of same sex unions, Bishop of Antwerp Johan Bonny has revealed.

The bishop, interviewed by The Tablet Rome correspondent Christopher Lamb, spoke about the “dramatic” backlash among “mainly straight people” who saw the Vatican document as “a step too far” during a discussion about the Church’s ministry to LGBT Catholics and same-sex couples.

In the webinar, hosted by The Tablet, he said that as many as 2,000 people had cancelled their baptismal registrations in the Flemish dioceses in Belgium, a traditionally strongly Catholic country.

Criticising the lack of consultation with bishops and Vatican departments with responsibility for family life ahead of publication, Bishop Bonny, a theologian who worked in the Christian unity office in the Vatican, also hit out at the document’s “theological weakness” and failure to reflect the developments in biblical theology, sacramental theology and moral theology. “It’s as if it was written in the time of Pius XII,” he said.

But the practical cost of this, he underlined, was the loss to the faith of Church members. “It’s not about principles or theories – it is about real people and that is my concern. That is our responsibility in front of God our Father,” he said.

The CDF, as an important congregation in the Vatican, he said, should be “at the top of biblical and theological scholarship, and not behind an ordinary level of quality”. He also noted the document’s failure to take into account what the human sciences are saying about sexuality and developments in civil society, as many countries have legalised marriage or civil partnership for LGBT couples and this was now part of the experience of many catholic families.

Bishop Bonny, who attended the family synods in Rome and has called for the Church to offer blessings to same-sex couples, asked how the Church can move ahead on such delicate questions without synodal collegiality and regretted that “there was hardly anything of that around” the Responsum.

“It’s not in tune with Amoris Laetitia at all,” he stated and added that the post-synodal apostolic exhortation emphasised looking to the positive elements and not condemning people before you talk to them. The three main verbs in Amoris Laetitia are, he said, to accompany, to integrate, and to discern.

He noted that the Responsum had quoted one paragraph in Amoris Laetitia from the Catechism of the Catholic Church which says there is no similarity between a marriage between a man and a woman and a homosexual marriage.

“Already in the synod, it was said that this is not true. There are plenty of similarities. Nobody says it is the same, it is not the same. And there are indeed major differences. But to say that there are no possible similarities or analogies, not even the slightest, it’s not true. So, it's repeating something that everybody knows is not true.”

The Belgian prelate added: “What we propose here is not to extend sacramental marriage.” He went on: “There are different ways of loving and taking care of one another and taking up your responsibility in the Church and in society. So not all should be the same, there are differences. But there are so many possibilities that are coming from the Scripture and from the tradition of the Church, to walk together with people, to bring it before God and to ask God’s blessing on it.”

Asked about Rome’s concern that the blessing of same sex couples would be seen as affecting the Church's teaching on the sacrament of marriage, Bishop Bonny said, “We should avoid equalizing everything, as if it doesn’t matter, as if all is the same. People know that not all is the same. But it is not a question of sacramental marriage or nothing.” He suggested that there had to be more variety and graduality not only in consciousness but also in liturgical ways of expressing that, building towards the fullness of the sacraments.

American ethicist, Professor Lisa Cahill, who is J. Donald Monan Professor at Boston College and whose research has focused on family, sexuality and ethical issues said the Responsum “seemed like an irrelevant backlash and even regression, particularly in light of Amoris Laetitia, which says very strongly that even people in so-called irregular family situations are still vehicles of sanctifying grace”.

Noting that Responsum seemed a contradiction to Amoris Laetitia, she added, “It seemed like one last strike against a changing culture which certain elements would rather preserve in pre-Vatican II condition.”

Theologian Sr Gemma Simmonds of the Margaret Beaufort Institute in Cambridge said she was both “baffled and disappointed” by the Responsum.

“I was disappointed because it is so much in contradiction to what Pope Francis himself said, and his whole pastoral approach to the issue of same sex attraction. I looked in the document for some element of a pastoral understanding or for the Church’s pastoral mission and I found none. I wondered what had happened to our understanding that God is love. And anyone who lives in love, lives in God, and God lives in them. That seemed to be entirely absent from the document.”

The spiritual director and expert in pastoral formation also said she found “the whole understanding of what a blessing actually means, and what it conveys, to be extraordinarily narrow and beyond my understanding. Given that priests and bishops across the world have and continue to bless weapons, nuclear warheads, all sorts of things - who has the power to bless and what do we mean by the blessing of someone’s house… So, in the same way that I was disappointed by it, I was also baffled at what the theological purpose of this statement was.”

“The question is, what are the moral consequences? If you say people are differently ordered, in that case, then their acts would be good or bad according to circumstances, rather than intrinsically bad. And I think that means conceding effectively what the CDF has denied since 1975, which is that the same sex orientation is a positive thing. They have chosen to define it rigorously as a negative thing, in order to preserve the intrinsic evil of the act.”

Of the need for a shift in moral theology by the CDF, Fr Allison stated, “Yes – a simple recognition that the existence of sexual orientation would be a great start.”

On the CDF’s 1975 ‘Declaration on Certain Questions Concerning Sexual Ethics’, Professor Lisa Cahill noted that the Vatican dicastery did distinguish between orientation and acts and said that the orientation is not sinful.

“But on a larger issue of changing the terminology of moral theology, I don't disagree with [James] Martin’s term ‘differently ordered’ but I think it’s a mistake to keep trying to work out the reality of same sex couples or gay and lesbian people within this older terminology that is so concerned about tying everyone down into very careful definitions, so we know exactly where to put everyone and how to set boundaries around them. I see Amoris Laetitia as doing something really different.”

For Bishop Bonny, he said he would like the Church to be like a family in which everyone is brought together. Likening his role within that family to a grandfather, he said, “For me, as a bishop, I do not say I agree with everything, or that I find it nice, but they are mine and I should be there for them. And it's my responsibility to make them feel part of that family that is the Church, not only by welcoming them in a passive way, but also by giving them a responsibility in an active way to make them together co-responsible for what is happening in the Church.”

“Are there ways to do it more or less in a liturgical way - there are; and we have to work carefully on that. But to be able to work on that we first have to be open to discussing it, not ignore it – not put it away.”

The Bishop of Antwerp also said the Church’s catechism can change.

“It was written 30 years ago and there are areas, like the one we are discussing, in which society, culture, moral theology developed fast and radically in the last 20-30 years. The Catechism is not of divine right, it can be changed by the Pope. Pope Benedict changed some paragraphs in the Catechism.”

“The Catechism can change just like canon law. A number of canons of canon law were changed. Think of the question of sexual abuse. Canon law has been changed according to what we now need to clean up that dirty question. The Catechism is a book that is open to historicity and progress. I think there are paragraphs, which in a collegial way, could be changed for the best of the Church and for the best of our pastoral work we have to do.”

Sr Gemma Simmons also noted that in the Catechism itself, when talking about the fact that many people are born with a developing understanding of themselves as same sex attracted, says it’s a mystery.

“Even the Catechism acknowledges that we human beings are a mystery to ourselves and we don't understand everything about ourselves and our understanding of human anthropology is unfolding. Therefore, it seems to me that any pastoral approach worth its name, has to have within it that unfolding pastoral understanding of the fact that we shift and we move and we grow, and as time and knowledge in various areas, both scientific and theological, develops, we find a new language, we find a new way of being able to understand the mystery that we are to ourselves.”

Noting that in Fratelli Tutti Pope Francis talks about the need to develop a culture of encounter, Sr Simmons asked, “Where that sense of a need for a culture of encounter is present in the Responsum because it seems to me, what it’s representing is precisely a culture of refusal to encounter a human reality, our human mystery. And when we encounter the other in that mystery, we need to be open to the truth of how they see and understand themselves.”

Responding to Bishop Bonny’s revelation of the loss of hundreds of young people to the Church over the Responsum, the Congregation of Jesus Sister said, “We are losing people in the Church. We are bleeding women who were walking away, we are bleeding young people, and we are bleeding older people who find that the reality in which they live no longer finds a response within the church of acceptance and blessing.”