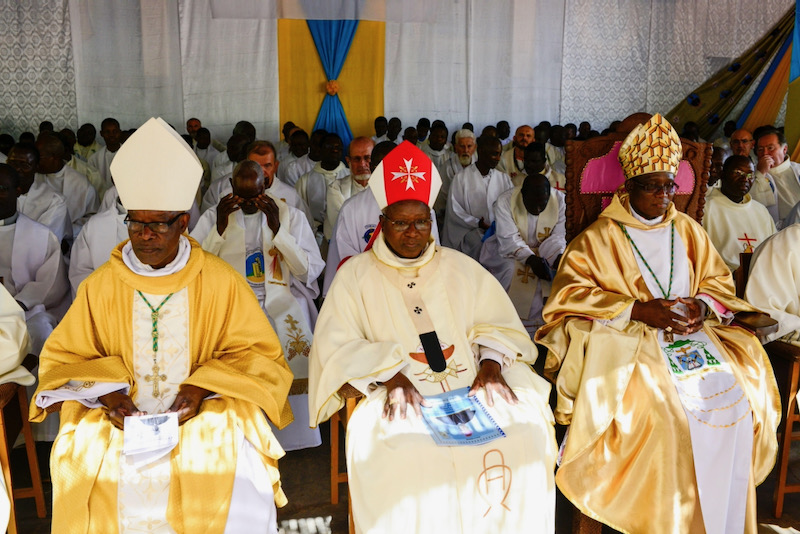 One of Africa’s most senior Catholic leaders has denounced the imposition of “foreign ideologies” across the continent and urged Africans to seek modernisation without succumbing to Western influences that erode family bonds.

In his message for Easter posted on the diocesan website, Cardinal Philippe Ouédraogo, Archbishop of Ouagadougou, Burkina Faso, who also heads the Symposium of Episcopal Conferences of Africa and Madagascar (SECAM), urged African Christian families to “rebel” against “a culture of death” that seeks to impose on society euthanasia, same-sex marriage, sexual freedom, divorce, and abortion as well as the “insidious imposition of anti-birth methods” on women and girls.

“We are observing the spread of a mindset and policies that devalue the engendering of human life,” said the 76-year-old cardinal, who was given the red hat by Pope Francis in February 2014. He felt the Church was well placed to challenge the “imperialism of lobbies and associations” which is trying to impose its will on Africa, by calling a halt to this “dictatorship of uniform thought and manipulated information”. He highlighted key principles of Church teaching on the value of human life and marriage, which he urged Catholics to defend “without fear”.

Cardinal Ouédraogo said that “responsibility to procreate and educate” remained “an essential purpose of marriage” although the Catholic Church accepted natural methods of birth regulation as “expressing the dignity of life”. He praised African families who live “in fidelity to Christian values” and “constitute the foundation of the family institution, as well as the future of Church and humanity”. African culture values the family as “the primary cell not just of a living ecclesial community but also of society” he said, lamenting that “mutations in contemporary society” contradict many family values.

The cardinal challenged ideas and policies that “claim societies are poor because of their high birthrate, so they propagate contraceptive methods, insidiously imposing them on women and young girls to avoid pregnancies and achieve a demographic dividend.”

Africa has the fastest-growing Catholic population on the planet, which is projected to reach nearly 350 million by 2050.

Its fertility rate in 2018 was 4.7 births per woman, the world's highest, according to a May 2020 World Bank report. Church leaders have frequently criticised population control programmes in sub-Saharan Africa, as well as efforts to link humanitarian aid with the promotion of contraception and abortion.

Not all African lay Catholics support these views. Last year, for example, Dr Leticia Adelaide Appiah, the executive director of the National Population Council in Ghana and a Catholic told the New York Times that “out-of-control” population growth will curb her country’s development. She has been an advocate for contraceptive use and family planning since her appointment five years ago. She also feels family planning is an important aspect of women’s economic empowerment.