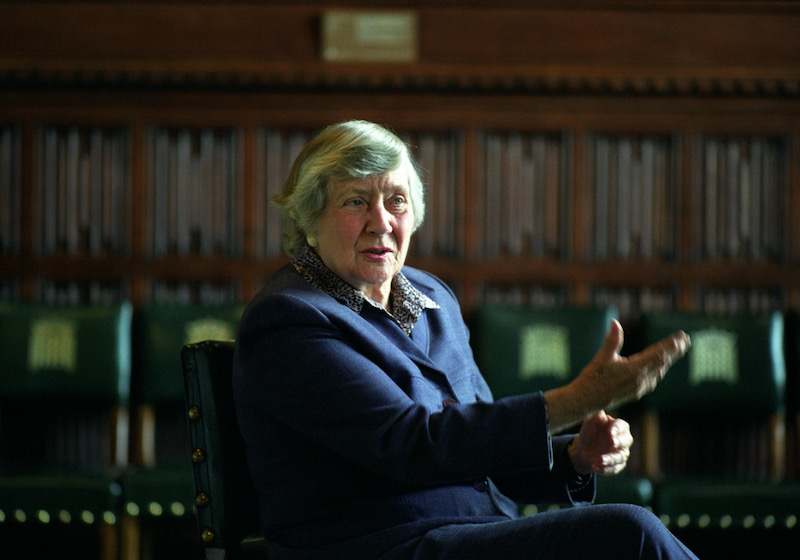 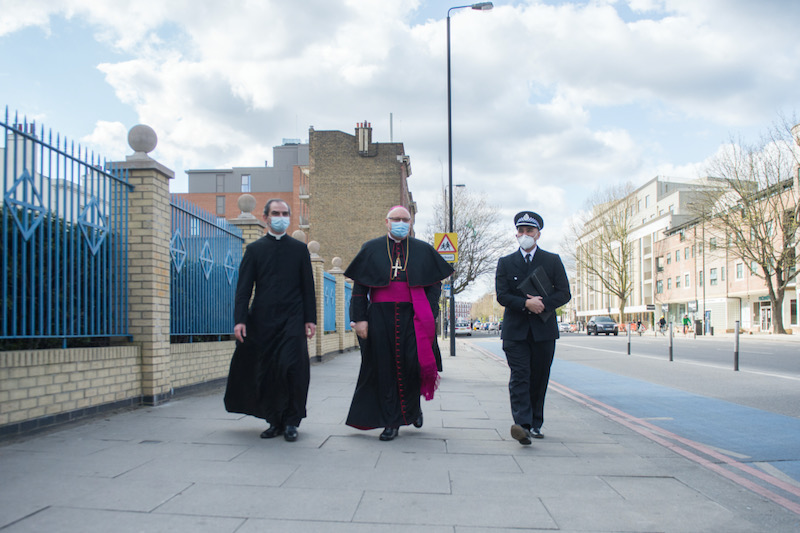 Prominent Catholic clergy have welcomed a statement of regret by Metropolitan Police officials for a Good Friday raid on a south London church, during which the Polish congregation was threatened with fines and arrest for allegedly infringing coronavirus restrictions.
“The word regret says a great deal – we feel the situation has been clarified, while our parishioners have seen how the police are ready to assuage and repair feelings”, said Fr Aleksander Dasik, assistant priest at Balham's Christ the King parish.
“The police have understood things well, and have told us the incident gave them much to think and reflect about, so such events won't happen again. They've also assured us they'll look at places of worship in a more particular way in future”.
The priest was speaking after a visit to the church by Superintendents Andy Wadey and Roger Arditti, who addressed its congregation after Sunday Mass alongside Archbishop John Wilson of Southwark.
He said parish clergy had detailed the incident at an online meeting last week with Commander Catherine Roper, Scotland Yard's Crime Prevention, Inclusion and Engagement director, accompanied by Archbishop Wilson and Mgr Stefan Wylezek, Rector of the Polish Church's London-based mission.
He added that the Polish Church’s delegate for Catholics abroad, Bishop Wieslaw Lechowicz, had also been “informed at every stage” about the police action.
“We talked warmly about our wish for good co-operation, based on respect for government directives and equally on respect for the human right to religious freedom,” Fr Dasik told The Tablet.
“We're satisfied the police were well prepared for talks and have treated what happened responsibly, and we're confident something good may come out of this unfortunate event in the long term, as better consideration is given to places where people come to pray in safety.”
A Metropolitan Police statement after the 2 April incident, during which two uniformed officers entered the church's sanctuary during the Veneration of the Cross and ordered the congregation to disperse immediately, said the action had been taken because “some people were not wearing masks and those present were clearly not socially distanced”.
However, this was disputed by the Christ the King parish, which insisted in a website message “all sanitary rules” for the Easter season had been complied with, and accused the police of being “badly informed about current rules on places of worship” and “brutally overstepping their competence”.
In his Sunday address, Archbishop Wilson said Catholics everywhere had been “deeply saddened” by the Good Friday incident, but added that police leaders had now heard the “genuine concerns” of those affected, and shared “the same desire to move forward in friendship, working together for the common good”, as well as a commitment “to enabling freedom of worship for everyone in safe and secure environments”.
Meanwhile, Superintendent Wadey, who heads frontline policing in southwest London, told parishioners local colleagues and senior New Scotland Yard leaders had undergone “significant reflection and learning” after the raid, adding that it has been “really important” for the two superintendents to join Polish Catholics on Divine Mercy Sunday.
“The pandemic has caused significant challenges for us all, and we have all had to live our lives differently – the restrictions have been challenging for everyone, including faith communities,” Wadey told Polish congregation.
“The intention of the Metropolitan Police Service is to protect and support communities in staying safe during the pandemic. We know, however, that many people were very upset by what happened on Good Friday and we deeply regret that.”
In his Tablet interview, Fr Dasik said he believed a Mass of expiation or penance would not be needed in light of the Good Friday incident, since the young officers had not been motivated by “profane intentions”, and the superintendents had apologised and pledged to ensure no such acts were repeated.
However, he added that efforts should be made to ensure police and other office-holders were made aware of sensitivities attached to places of worship.
“Perhaps the incident reflects the state of a society in which some people aren't specially interested in religion or much aware of what a religious cult signifies”, the Balham priest said.
“A profanation can occur against both a place of worship and the feelings of believers, who were not able in this case to complete their penitential Good Friday prayers. I think a fear of profanation can now safely be allayed on both these grounds”.
In a separate message to the Christ the King parish, Mgr Wylezek said Christ had given his disciples “the gift of peace and power to forgive sins” at the Resurrection, “shocked and bruised as they were following the events of Good Friday”.
“Just as the Apostles moved on from their grief, so should we rise above the heartache”, said Mgr Wylezek, whose Polish Catholic Mission has 270 parishes and pastoral centres in England and Wales, served by over 100 Polish priests, with separate missions operating in Scotland and Ireland.
“All of us need healing: we priests under the leadership of Archbishop John; we the parishioners of the Polish Catholic Mission in England and Wales; and the officers of the Metropolitan Police”.
The Polish Church’s Warsaw-based Catholic Information Agency, KAI, said on Monday the British police's role of service should also extend to the Polish minority. It added that Superintendent Wadey's words had been “positively received by parishioners, who are pleased their protest did not remain without a reaction”.
Back to articles
Back to articles