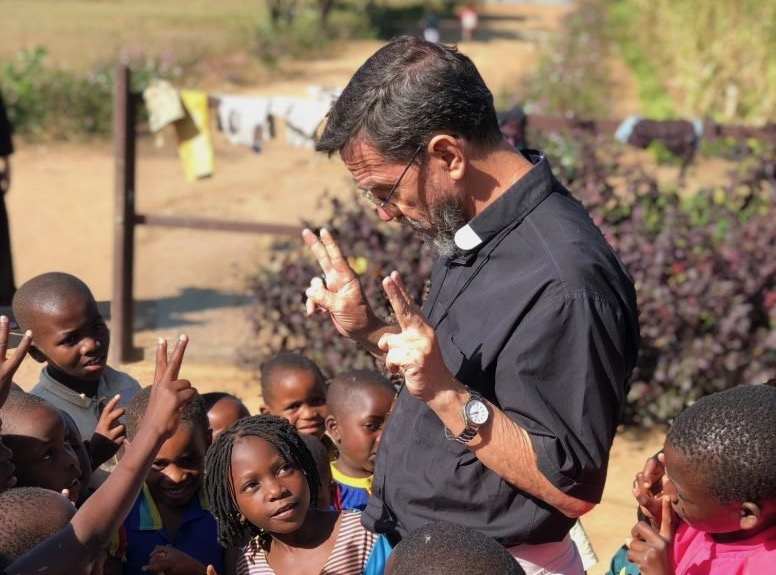 World must wake up to horror in Mozambique 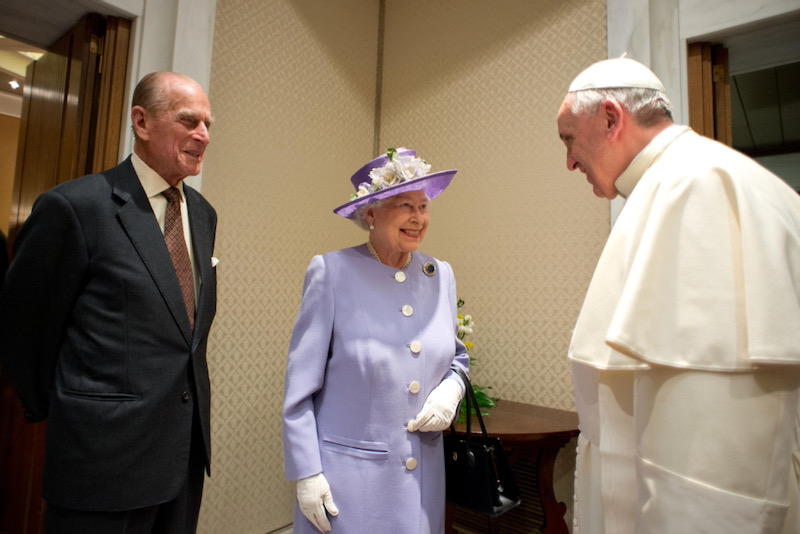 The Duke of Edinburgh Prince Philip, husband of Queen Elizabeth II, has died at the age of 99.

In an announcement today, Buckingham Palace said: “It is with deep sorrow that Her Majesty The Queen has announced the death of her beloved husband, His Royal Highness The Prince Philip, Duke of Edinburgh.

“His Royal Highness passed away peacefully this morning at Windsor Castle.

“Further announcements will be made in due course. The Royal Family join with people around the world in mourning his loss.”

Archbishop of Westminster Cardinal Vincent Nichols said: “At this moment of sadness and loss I pray for the repose of the soul of Prince Philip, Her Majesty the Queen’s faithful and loyal husband. I pray for the Queen and all of the Royal Family.

“How much we will miss Prince Philip’s presence and character, so full of life and vigour. He has been an example of steadfast loyalty and duty cheerfully given. May he rest in peace.”

Farm Street Church said on Twitter: “Very sad news. We will be praying for the repose of his soul and for the consolation of his family, especially HM the Queen. Requiem aeternam dona ei, Domine: et lux perpetua luceat ei.”

Among those who paid tribute to Prince Philip was Faith Invest, a UK-based international NGO founded to empower the faiths to invest in line with their beliefs and values.

Chief executive and president Martin Palmer, a close friend of Prince Philip, said he had been the inspiration for the largest civil society environmental movement in the world. It was Prince Philip who in 1985 saw that working with the major faiths around the world would bring new partners to the struggle to protect people and planet, he said.

“His Royal Highness was the first world leader to understand that the religions of the world could be natural partners for the conservation movement,” said Mr Palmer, who was Prince Philip's religious advisor on conservation up to the time of his death.

“Put simply, it was his vision to bring the faiths together with not just WWF but all the major environmental organisations. It was his absolute conviction, when it was not fashionable to have such a conviction, that religions are vital forces for a sustainable planet, and that secular environmentalists needed to work with them.”

This conviction lead Prince Philip to ask Martin to organise the first ever meeting between the major faiths and the major conservation and environmental organisations in Assisi, Italy, in 1986 as the main focus of the 25th anniversary of the World Wildlife Fund, of which Prince Philip was then the International President.

That event inspired the faiths to embrace the environment as a religious issue and, as a result, launch tens of thousands of faith-led environmental initiatives globally. It led to the creation of several organisations including the Alliance of Religions and Conservation (ARC) in 1995 as well as faith environmental groups such as EcoSikh, Bhumi Global, Daoist Ecological Temple Association and others. It also led directly to the launch of FaithInvest in 2019.

Even in his retirement, Prince Philip retained a close interest in the work begun by ARC and continued by FaithInvest.

Mr Palmer said: “We were last in touch at the beginning of January 2021. He was excited to hear that we were working with hundreds of faith organisations to help them develop Faith Long-Term Plans to be launched later this year ahead of the UN's COP26 climate conference.”

Prime minister Boris Johnson said: “It was with great sadness that a short time ago I received word from Buckingham Palace that His Royal Highness The Duke of Edinburgh has passed away at the age of 99.

“Prince Philip earned the affection of generations here in the United Kingdom, across the Commonwealth and around the world.

“He was the longest serving consort in history, one of the last surviving people in this country to have served in the Second World War at Cape Matapan, where he was mentioned in despatches for bravery, and in the invasion of Sicily, where he saved his ship by his quick thinking and from that conflict he took an ethic of service that he applied throughout the unprecedented changes of the post war era.

“Like the expert carriage driver that he was, he helped to steer the royal family and the monarchy so that it remains an institution indisputably vital to the balance and happiness of our national life.

“He was an environmentalist, and a champion of the natural world long before it was fashionable.

“With his Duke of Edinburgh awards scheme he shaped and inspired the lives of countless young people and at literally tens of thousands of events he fostered their hopes and encouraged their ambitions.

“We remember the Duke for all of this and above all for his steadfast support for Her Majesty The Queen. Not just as her consort, by her side every day of her reign, but as her husband, her ‘strength and stay’, of more than 70 years.

“And it is to Her Majesty, and her family, that our nation’s thoughts must turn today.

“Because they have lost not just a much-loved and highly respected public figure, but a devoted husband and a proud and loving father, grandfather and, in recent years, great-grandfather.

“Speaking on their golden wedding anniversary, Her Majesty said that our country owed her husband ‘a greater debt than he would ever claim or we shall ever know’ and I am sure that estimate is correct.

“So we mourn today with Her Majesty The Queen, we offer our condolences to her and to all her family, and we give thanks, as a nation and a Kingdom, for the extraordinary life and work of Prince Philip, Duke of Edinburgh.”

The Queen and Prince Philip during a service on their silver wedding anniversary in 1972, with Archbishop of Canterbury Michael Ramsey. Pic: Keystone Pictures USA.

Archbishop of Canterbury Justin Welby said: “I join with the rest of the United Kingdom and the Commonwealth in mourning the loss of His Royal Highness Prince Philip, The Duke of Edinburgh, and give thanks to God for his extraordinary life of dedicated service. Prince Philip continually demonstrated his unfailing support and unstinting loyalty to Her Majesty The Queen for 73 years.

“He consistently put the interests of others ahead of his own and, in so doing, provided an outstanding example of Christian service. During his naval career, in which he served with distinction in the Second World War, he won the respect of his peers as an outstanding officer.

“On the occasions when I met him, I was always struck by his obvious joy at life, his enquiring mind and his ability to communicate to people from every background and walk of life. He was a master at putting people at their ease and making them feel special.

“The legacy he leaves is enormous. The Duke of Edinburgh's Award, which he founded in 1956, has inspired generations of young people to help others and instilled in them a vision for citizenship and a desire to serve their communities. His work with countless charities and organisations reflected his wide- ranging, global interests in topics including wildlife, sport, design, engineering and inter-faith dialogue.

“In his powerful advocacy for conservation his was a prophetic voice for over half a century, as he brought people from around the world to a new concern and commitment to action for the future of our planet.

“As we recover and rebuild after the terrible trial of the coronavirus pandemic, we will need fortitude and a deep sense of commitment to serving others. Throughout his life Prince Philip displayed those qualities in abundance, and I pray that we can take inspiration from his example.

“I also join many people in giving thanks for the marriage of Her Majesty the Queen and Prince Philip, and for their children, grandchildren and great-grandchildren. Theirs was a marriage grounded in friendship and mutual respect and sustained by shared faith in Christ.

“I pray that God will comfort Her Majesty and the rest of the Royal Family at this time. May His Royal Highness rest in peace and rise in glory.” 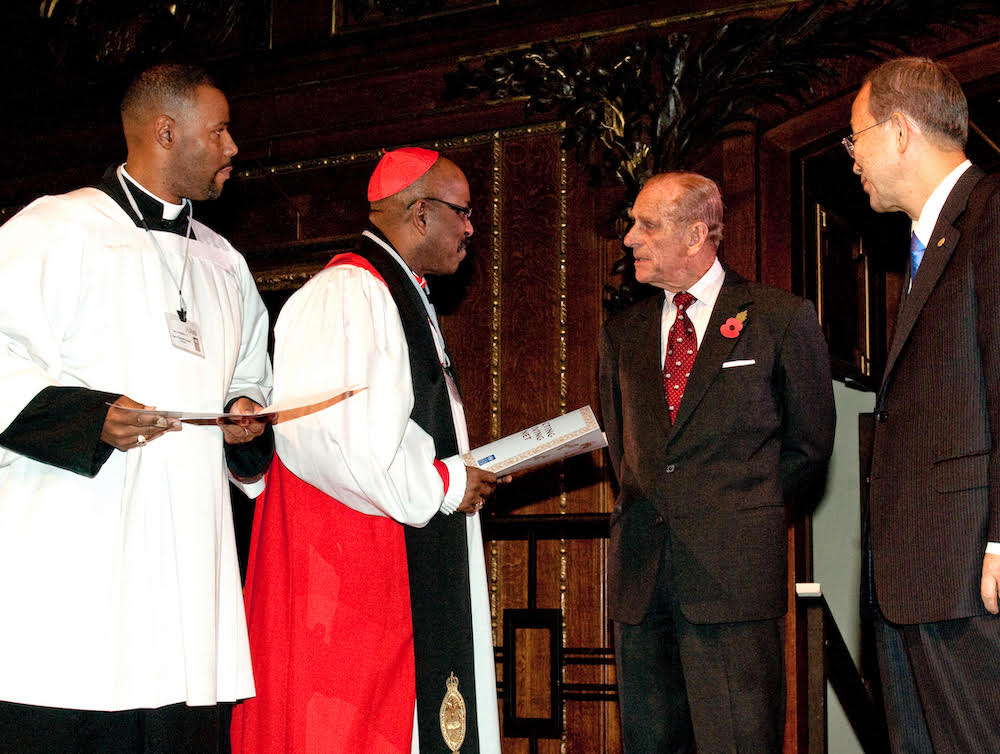 The Bible Society extended its deepest sympathy to the Royal family, noting that the Queen, the Bible Society's patron since her accession in 1952, relied on his loving support for more than 70 years.

Chief executive Paul Williams said: “We join with millions in giving thanks to God for his contribution to the life of our nation, and most of all for his long and loving partnership with our Queen. We pray for her, for Prince Charles, Princess Anne, Prince Andrew and Prince Edward, and for all who mourn his loss. May God bless them and comfort them in their grief, and assure them of his loving purposes for them.”

Prince Philip married married Princess Elizabeth in 1947. Five years later she became Queen and he went on to become the longest-serving royal consort in British history. He recently spent a month in hospital, and was treated for a heart condition.

Prince Philip's mother, Princess Alice, was a great-granddaughter of Queen Victoria. After the war, in Greece, she founded a Greek Orthodox religious nursing order, the Christian Sisterhood of Martha and Mary.