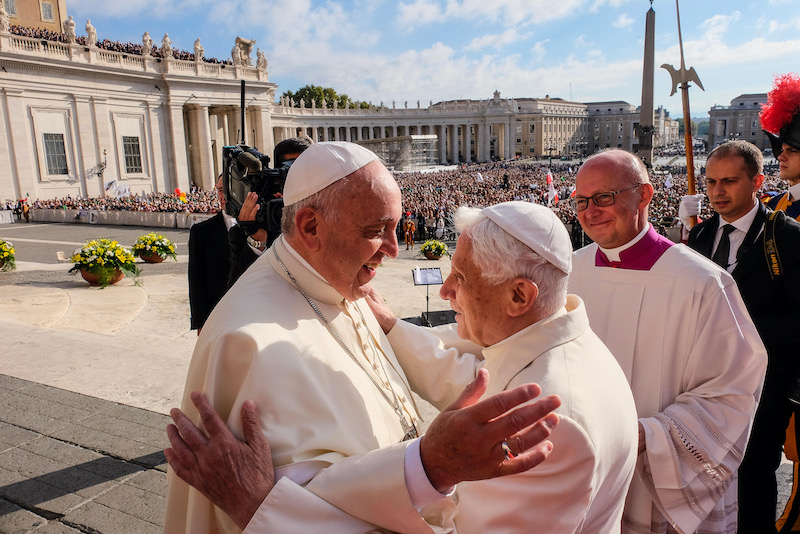 Pope Emeritus thanks Francis for Year of St Joseph

Catholic church officials said his lifeless body was found in the morning in his room at his residence in the city where he had retired the previous day.

The 68 years old prelate had on Friday led other Ugandan Christian leaders in an ecumenical Way of the Cross at the Namirembe Anglican Cathedral.

“The Uganda Episcopal Conference deeply regrets to announce the sudden death of Archbishop Kizito Lwanga. The members of the conference extend their condolences to the clergy, religious and faithful of the archdiocese of Kampala and the Catholic Church in Uganda,” said Bishop Antony Zziwa, the chairman of the bishop’s conference.

Christians and political leaders in the country have continued to mourn the archbishop as brilliant, hardworking and a champion of the poor.

“Just yesterday (Friday), we walked the Way of the Cross together and it’s a shock to all of us. His clear Gospel voice of advocacy for the poor and oppressed, his commitment to Christian unity and justice for all will be missed,” said Anglican Archbishop Stephen Kaziimba in a letter of condolence to the Uganda catholic church.

Lwanga had mixed relations with the government, castigating its excesses, especially in the area of human rights abuses, while at the same time working with its officials on some projects. As the archbishop of Kampala, he had worked with President Yoweri Museveni in the upgrade of Namugongo Martyrs Shrine.

On Saturday, Museveni said he was profoundly grieved by the death of the archbishop.

“I joined the Catholic church, all religious faithful and the country in mourning Archbishop Lwanga. He died in faith,” said Museveni, who had called Lwanga for a private meeting in 2018 following a series of criticisms on his government.

Early this year, he rubbed the government the wrong way after he claimed that some people were planning to poison opposition presidential candidate Robert Kyagulanyi (Bobi) Wine. At the peak of the last elections, he had stirred a controversy after he called for the postponement of polls to prevent further bloodshed after the killing of 54 people.

Born in 1953, Lwanga was ordained a priest of the Archdiocese of Kampala in 1978. He was appointed Bishop of the newly created Kasana- Luweero diocese in 1996. In 2006, he became the Archbishop of Kampala after the retirement of Cardinal Emmanuel Wamala.