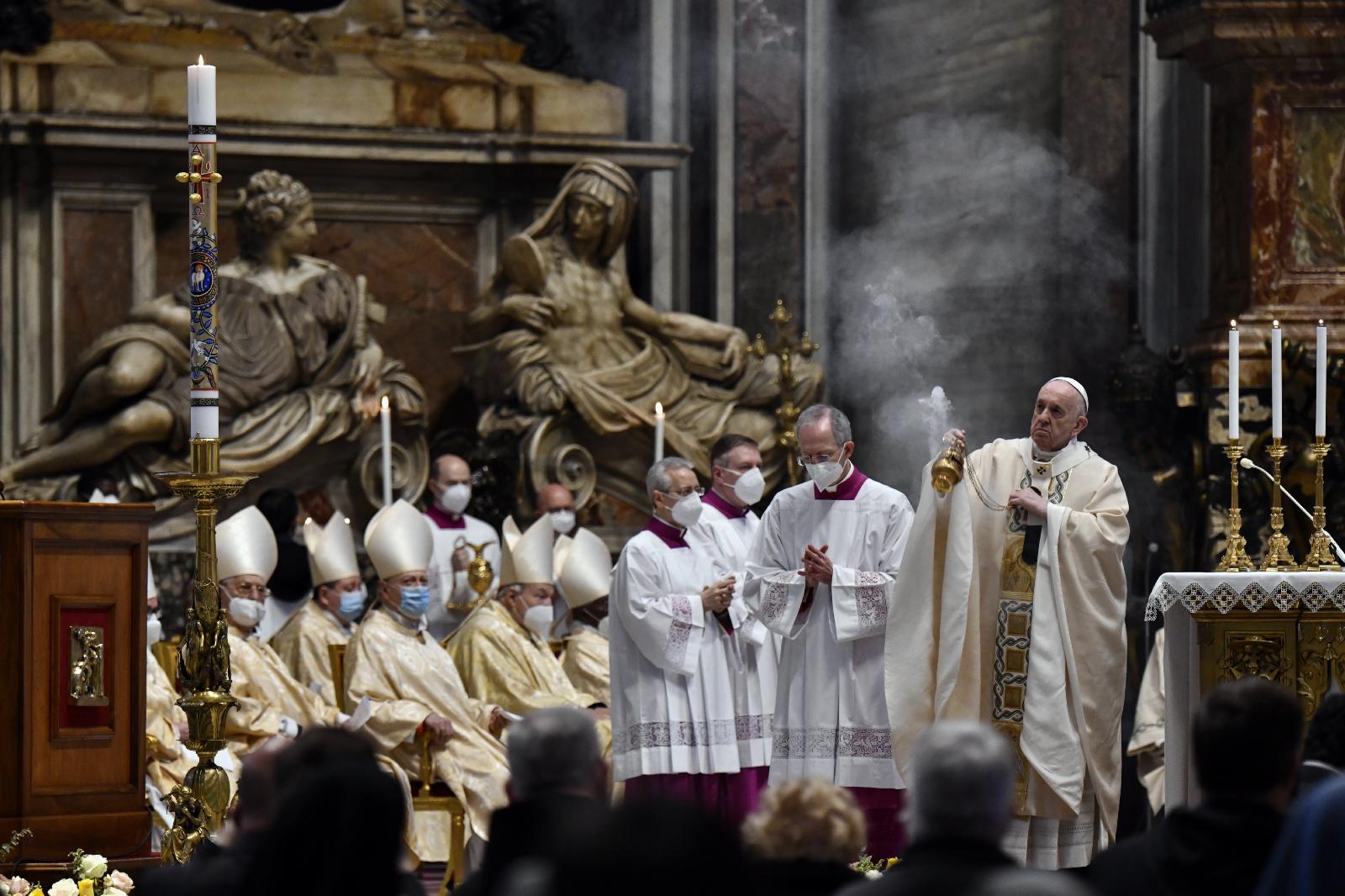 Pope calls for end to wars in Easter message

In Easter messages, two Catholic patriarchs criticised the situation in Lebanon and urged the faithful to cling to the hope of the Resurrection despite the prevailing darkness.

Pope Francis also prayed for Lebanon in his message Urbi et orbi (to the city of Rome and the world) at the Vatican.

One of the patriarchs also visited Syria, where he called for the international community to lift sanctions.

From Lebanon, Cardinal Bechara Rai, patriarch of Maronite Catholics, noted that “the joy of the Resurrection is mixed with tears of sadness, pain and anxiety, yet in our hearts there is a hope stronger than despair”.

With a collapsing economy and more than 50 per cent of Lebanese now below the poverty level, Lebanon has been without a government since the resignation of the previous one in the wake of the deadly blast in August at the port of Beirut.

Cardinal Rai denounced “those who intentionally block the formation of the government and paralyse the state”.

There are parties that adopt a methodology of demolishing the constitutional, financial, banking, military and judicial institutions, one after the other, he said from Bkerke, the Maronite patriarchate north of Beirut. It is “now clear that we are facing a plan which aims to change Lebanon, its system, its identity, its formula and its traditions”.

The cardinal reiterated his calls for the neutrality of Lebanon and for holding a UN sponsored international conference to save the country. Such a conference, he saidd, “will give Lebanon a new life by stabilising its entity, its international borders; by renewing the national partnership; by strengthening its sovereignty, its independence and its army; implementing international decisions; and resolving the issues of refugee and displaced Syrians”.

With a native population of around 4.5 million, of which less than 40 per cent is Christian, Lebanon has absorbed approximately 1.5 million Syrian refugees.

In his Easter message from the patriarchate in Beirut, Syriac Catholic Patriarch Ignace Joseph III Younan said people in Lebanon “are groaning under the weight of hunger, want and poverty”.

Patriarch Younan admonished political officials, telling them to “stop exploiting” the country for the sake of their own interests so that the citizens can “rise from the collapsed living, economic and political situation, as you have brought them to the bottom” so that young people can have hope for their homeland, noting that emigration has increased “in a frightening way”.

Regarding “wounded Syria,” Patriarch Younan said: “Ten years of war, killing and destruction and the international conflicts on its soil have only led to the abuse of its people and the destruction of its economic, social and cultural infrastructure.”

He called for the end of sanctions: “It is not fair and logical to link the decision to lift sanctions to the condition of what is called a political solution, while the common people who are defeated are suffering from poverty, disease and humiliation.”

During a one-day visit to Syria, Patriarch Younan celebrated midnight Mass April 4 at Our Lady of Deliverance Church in Homs. In his homily, he lamented “the chaos, murder, sedition, kidnapping and displacement, and the penalties imposed on a people ... who want peace and brotherhood and strive and work to secure a decent life”. He assured the faithful: “Jesus reminds us, through his resurrection, that death, pain and sin have overcome, for we are the people of hope.”