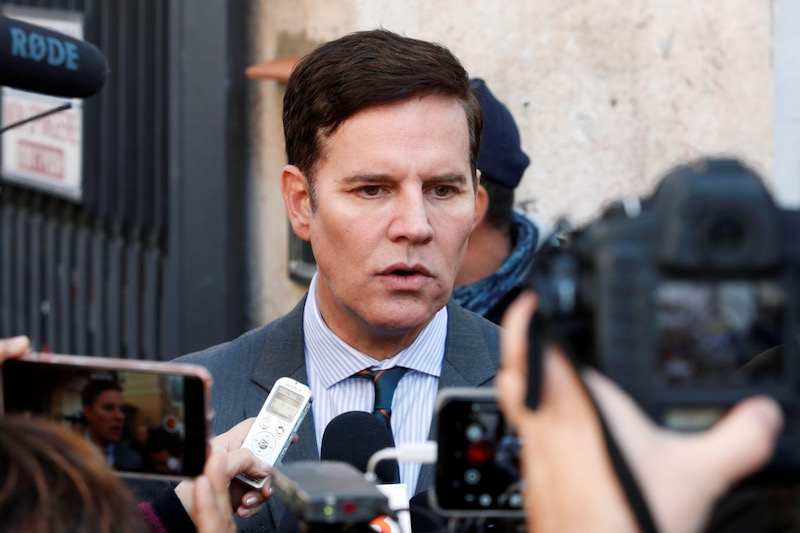 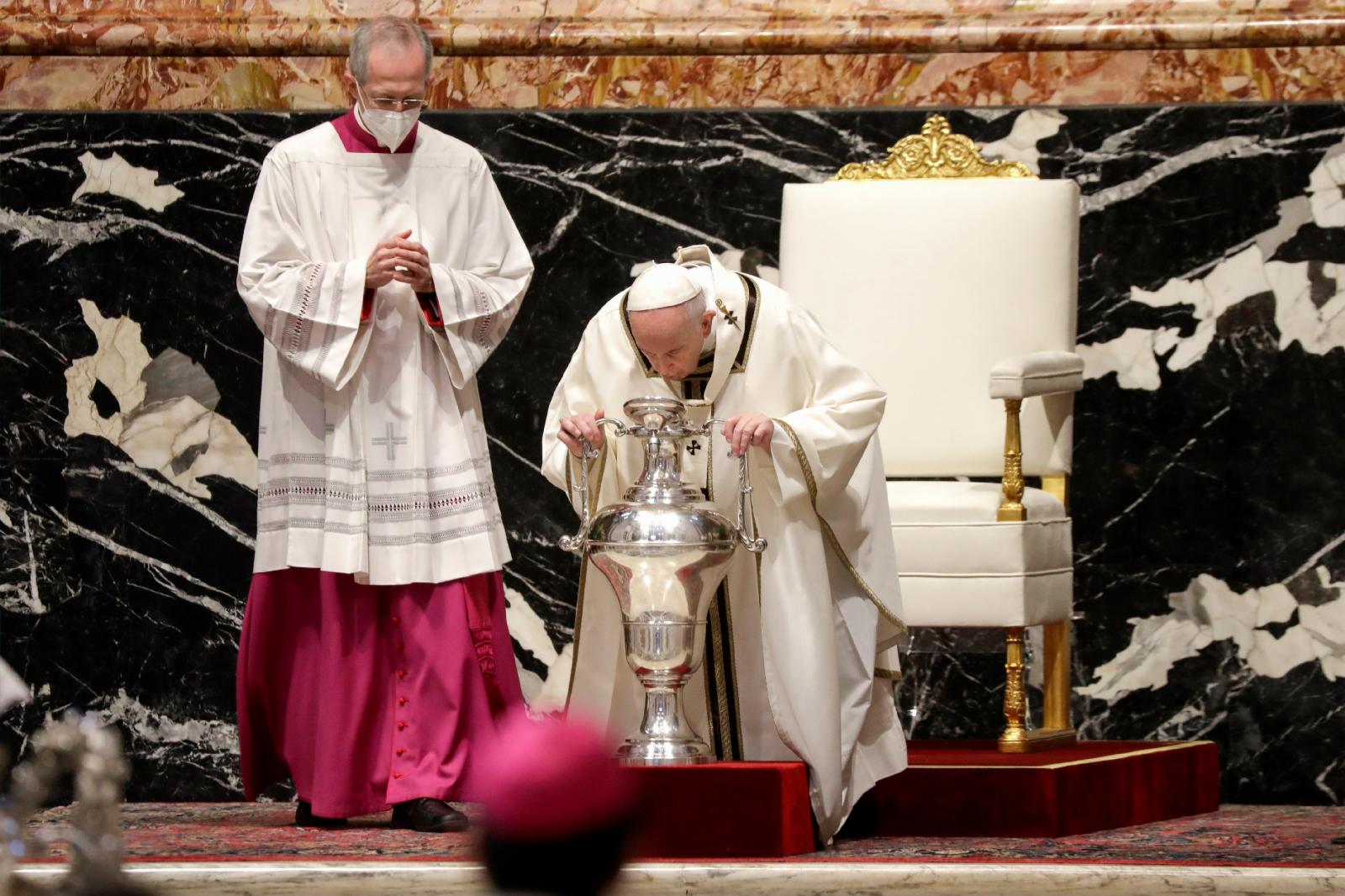 On previous Holy Thursdays during his pontificate, Pope Francis has washed the feet of prisoners and refugees.

This year, he made the surprise decision to celebrate the Mass of the Lord’s Supper with Cardinal Angelo Becciu, who was removed from his post last year by Francis on allegations of financial wrongdoing.

The Maundy Thursday Mass was celebrated in the private chapel of Cardinal Becciu’s Vatican appartment, located in the Palazzo del Sant’Uffizio. Vatican News reported that the celebration was attended by religious sisters, and some members of the Focolare Movement, to which the cardinal belongs.

On 24 September 2020, Becciu was abruptly dismissed from his role as Prefect of the Congregation for the Causes of Saints and his rights as a cardinal, which includes voting in a future conclave.

The former papal chief of staff, who served as sostituto from 2011-18 was one of the most influential figures in the Vatican and a trusted aide to Francis. But during a twenty-minute meeting last September, the Pope told Becciu he had lost trust in him. According to the 72-year-old Sardinian cardinal, Francis informed him of an allegation of embezzlement involving a €100,000 transfer by Becciu to a charity in Sardinia run by his brother.

The cardinal has also been caught up in the €350 million purchase of 60 Sloane Avenue in Chelsea, south west London, by the Secretariat of State, which has been subject to a two year long investigation by Vatican prosecutors. As sostituto it was Becciu who oversaw an initial $200 million investment in the property deal. In the face of all the allegations against him, the cardinal has strongly denied all wrongdoing.

No official reason has been given for the Pope’s Holy Thursday decision, nor is it clear if Francis washed the feet of Cardinal Becciu. But it is being read as a pastoral gesture, and an act of personal, rather than legal, reconciliation.

For Francis “the name of God is mercy” and he talks about “field hospital” Church which binds up wounds, and heals them. That includes his own cardinals. In recent months, the Pope has spoken to Cardinal Becciu on the phone, demonstrating a concern for the welfare of a man who he worked with closely for many years, and has had a dramatic, and painful, fall from grace.

Some have speculated that Francis’ move could signal a rehabilitation for Becciu or demonstrate the Pope made a mistake in removing the cardinal so quickly. Vatican prosecutors investigating the London property deal were criticised by a judge in the presentation of their case. But there is little other evidence to suggest that Francis is about to reverse his decision on Becciu who, it is believed, may have to answer to a Vatican court at some point.

During his homily at the Holy Thursday Chrism Mass for priests in St Peter’s Basilica, Francis talked about the “closeness of Jesus, who dines with sinners” and that “Jesus was not scandalised by having to heal the sick and to set prisoners free amid the moralistic, legalistic and clerical squabbles that arose every time he did some good.”

The Vatican’s newspaper, L’Osservatore Romano, also ran an article on Thursday titled “Our brother Judas”, printing a homily given on Holy Thursday, 1958, by Fr Primo Mazzolari, a parish priest in Northern Italy.

“All I ask is for you to have some mercy on our poor brother Judas,” he said at the time. “Do not feel ashamed about the fact that you are related to him. I personally am not, as I am conscious of how many times I have betrayed the Lord.”

He went on: “The apostles became the Lord’s friends: it doesn’t matter whether they are good or bad, generous or not, faithful or not, they are still friends. We cannot betray Christ’s friendship, Christ never betrays us, his friends; even when we do not deserve it, even when we turn against Him, even when we reject Him, in his eyes and heart we will always be friends of the Lord. Judas is a friend of the Lord, even when he consummates the betrayal of his Master with a kiss.”

The article was accompanied by a photo from the Basilica of St. Mary Magdalene in Vèzelay, France where there is a depiction of Judas being carried by Jesus.

The Pope’s decision to celebrate a Mass that recalls the radical humility of Jesus with a wounded cardinal offers a simple message: by forgiving, we are forgiven, and that it is the merciful who shall obtain mercy.