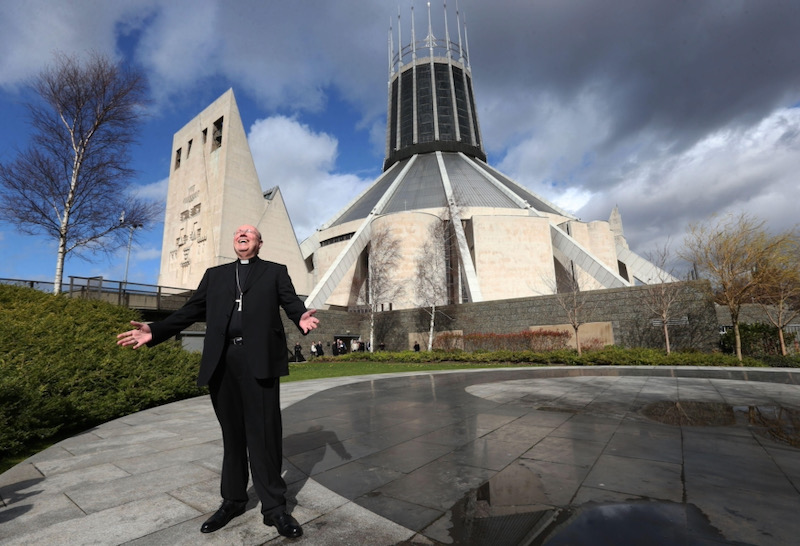 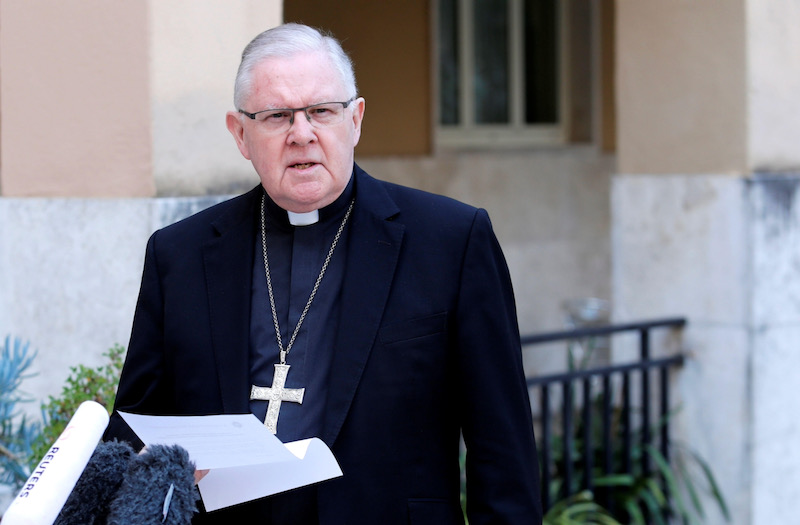 Embracing a synodal model of the Church is “messy” but it offers the only path to a “future that’s worth having”, says a leading Australian bishop.

Archbishop Mark Coleridge of Brisbane, the president of the Australian Bishops’ Conference, was speaking about the experience of the plenary council, the highest form of gathering for a local church, and one of the leading examples of “synodality” in global Catholicism.

Synodality, a concept which Pope Francis wants to see implemented from the parish upwards, brings people, priests and bishops together to make decisions about the future of the church.

“I think we are learning that the whole process is very slow and very messy. Autocracy was always quicker and cleaner,” Archbishop Coleridge told a webinar organised by The Tablet last week.

“But if you are serious, and we are, about listening to the voice of the Holy Spirit, who is the only one who does know where are going, then it is slow and it is messy trying to hear the voice of the spirit in the vast cacophony or polyphony of the Church.”

He went on: “It’s the only way into the future that’s worth having or a future that God might have in mind for us.”

The Australian church’s decision to convene a council was sparked by the clerical sexual abuse scandals and the findings of a Royal Commission which exposed the Church’s institutional failings. Archbishop Coleridge stressed reform is needed in the Church because “the current mode of leadership is unsustainable”.

He was joined in the discussion by Archbishop Timothy Costelloe of Perth, the president of the plenary council. The council has included a listening and discernment process where the contributions of more than 220,000 people had contributed to a working document. This in turn will help produce an agenda for the two assemblies: the first taking place in October, and the second in July 2022.

Archbishop Costelloe said there had been an “extraordinary range of responses” and the challenge was listening to the “voice of the Holy Spirit” from within the multiplicity of voices. Discernment, he stressed, is a vital, painstaking and time-consuming process and is not something the traditionally more action focussed Church in Australia has been well-versed in.

“It takes careful listening,” he said. “It takes a lot of humility and a readiness to let go of a lot of my cherished ideas, perhaps, because I might be learning something from listening to someone else.”

Another element, Archbishop Costello emphasised, is openness and not having a pre-determined agenda. “The whole point of this process of discernment is that we don’t pre-empt it,” he said.

“We don’t know what the outcome of the plenary council will be, or what proposals, or decisions or new directions we might strike out in. We just don’t know.”

That doesn’t mean, the archbishops stressed, that the Plenary Council won’t lead to concrete conclusions as discernment must be geared to action. Archbishop Coleridge pointed out that a council has more decision making power than a synod with the final decrees signed off by the Pope.

“A plenary council is anything but a talkfest, however long the preparation is,” he said. “It is a moment of decision making, legislation…and decrees. And these would be geared to charting a very particular path into the future for the church in this country.”

One of the areas up for discussion is how to include women at decision-making levels. Archbishop Coleridge stresses that “a church which says we cannot ordain women to the priesthood and perhaps even to the diaconate” is, therefore “equally obliged in my view, and the view of many, to keep asking the question, how else might we include in imaginative and new ways, women, not just in the point of management but even in governance.” He pointed out, however, that church leadership is not contingent on ordination.

“It’s a matter of exercising an evangelical imagination to ask how women can lead, and not just repeating forms of the past but creating new forms. So I look to the Holy Spirit to do this,” the archbishop said.

“We need a less hierarchical and less monarchical form of governance...some fear the episcopal office or ministry is being undermined, I don’t fear that at all. I think it is been re-situated, again in a way that might show it forth more clearly.”

The plenary council working document has identified six characteristics of the church to reflect on: “missionary and evangelising”; “inclusive, participatory and synodal”; “prayerful and Eucharistic”; “humble, healing and merciful”; “A joyful, hope-filled and servant community” and “open to conversion, renewal and reform”.

Although it was announced in 2016, Archbishop Coleridge said the roots of the Plenary Council date back to 2002 when the late Archbishop Philip Wilson of Adelaide suggested some form of “national ecclesial event”. This was sparked both by a sense of “trouble brewing” in relation to abuse Pope John Paul II’s 2000 apostolic letter Novo Millenio Ineunte setting out priorities for the Church in the third millennium.

Momentum built, he explained, following both the election of Pope Francis in 2013 and the establishment of Royal Commission into responses by institutions to sexual abuse. The commission found that between 1980 and 2015, 4,444 claimants had made allegations of child sexual abuse.

“It is important to see the plenary council as not so much as an event but as a process, a journey in biblical terms, and see that it was born from the perception of crisis, and that’s the first stage to any renewal that is genuine,” Archbishop Coleridge said.

A turning point to call the council came after the 2015 synod of bishops on the family, which helped produce the Pope’s marriage and family life document, Amoris Laetitia. During that synod, on 17 October, Francis gave one of the most important speeches of his pontificate.

“That was the moment for me, personally, when there was something like a flash of inspiration, when I thought that after all the years of uncertainty and hesitation, the discussion, the discernment, this was the time,” Archbishop Coleridge, he took part in the synod gathering, explained.

During that speech, the Pope said the “path of synodality” is "what God expects of the Church of the third millennium". Since then a number of countries have announced synodal processes such including Germany, Italy and Ireland.

The German synodal path has faced opposition from some in Rome because it has been discussing the ordination of women - ruled out by Pope Francis - and the possibility of offering blessings to same-sex couples.

Australia’s council will not be discussing the ordination of women, with Archbishop Coleridge warning about going down a path that could lead to national churches. For Francis, questions of ordination and reforms to sexual teaching are issues that the whole church need to decide on.

But the archbishop praised the “creativity” of the German church saying that they had been “very brave” to embark on their synodal process which is focussing on how power is exercised in the church.

“I don’t share the great anxiety about the synodal way in Germany. I have great confidence in the Church in Germany, and I think the dialogue, even the tension, between the Holy See and the Church in Germany is a very creative thing, it’s one of the messy and challenging parts of discernment,” he said.

“People have warned us about the German contamination, I’m not sure it's a great threat to us here. I have been following der synodale weg in Germany and I certainly hope that it will end up being a great gift to the universal Church, and all this talk about heresy I think is alarmist and deeply unhelpful.”