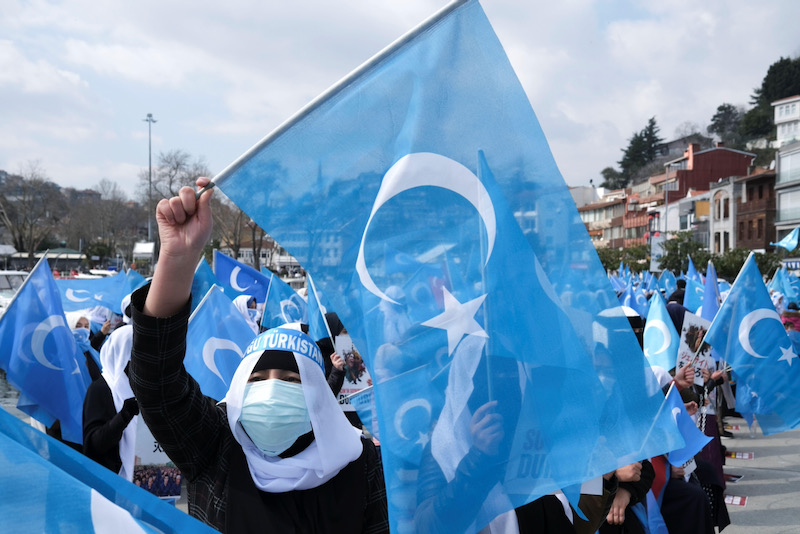 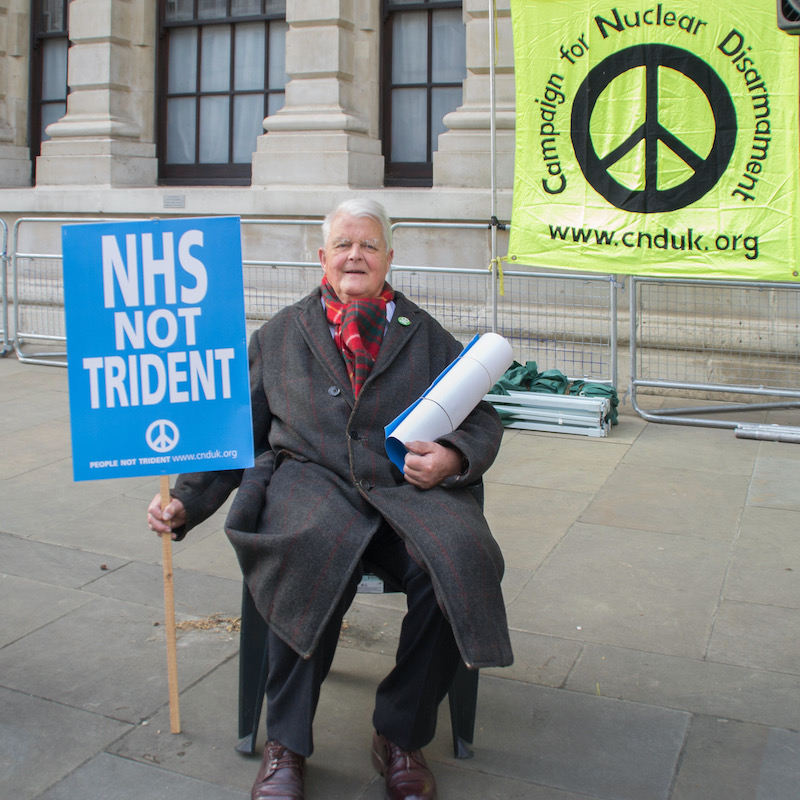 Bruce Kent, pictured at a protest in 2015, believes the bishops could have gone further.
Paul Mendoza / Alamy

Church leaders across seven denominations have issued a statement criticising the UK Government’s integrated review of foreign and defence policies which proposes to increase the UK’s nuclear warheads from 196 to 260.

They described this as “a retrograde step that will not make any of us safer” adding: “It is immoral that the UK government is committing resources, which could be spent on the common good of our society, to stockpiling even more weapons.”

The international affairs department of the Catholic Bishops’ Conference lent support, namely the chairman, Bishop Declan Lang of Clifton and Bishop William Kenney, auxiliary in Birmingham and the lead bishop on peace and disarmament issues.

However, Bruce Kent, Pax Christi vice-president, said the bishops could have gone further. He said the statement rejecting warhead increase “is an encouraging sign of positive inter-church action, but it is not a very strong step towards the elimination of nuclear weapons.” He told The Tablet: “It is a weak way to follow Pope Francis's strong 2017 condemnation of the very possession of nuclear weapons or the abolition treaty now in legal force since January 2021 for most of the world.”

He added: “What is the problem when the bishops’ conference cannot fully get behind the call by Pope Francis to regard even the possession of nuclear weapons as immoral? Why can’t the whole Bishops’ Conference, and not just the International Department, urge our government to sign the UN Treaty on the Prohibition of Nuclear Weapons?”

Ann Farr, the chair, said that “the increase in nuclear warheads also seriously undermines existing agreements that Britain has made in the Nuclear Non-Proliferation Treaty to decrease nuclear weapons worldwide”.

She pointed out that the new treaty makes the manufacture, possession and use of nuclear weapons illegal: “How much better if Britain joined this and nuclear weapons were removed from our country altogether.” Pax Christi members “will continue to follow the lead of Pope Francis” she said, and she urged people “to write to their MPs and to challenge any financial institution, including Dioceses  and Local Authorities who may be holding investments in Nuclear Weapons Manufacturing Companies”.

One Anglican signatory to the ecumenical statement was Archbishop Stephen Cottrell of York, who told an emergency rally organised by the Campaign for Nuclear Disarmament (CND) on 18 March  that the nuclear plans were “inexplicable, illogical, immoral, unjustifiable”. He argued that none of the crises facing the world at present – poverty, inequality, climate change, and the pandemic – could be solved by a nuclear weapon.