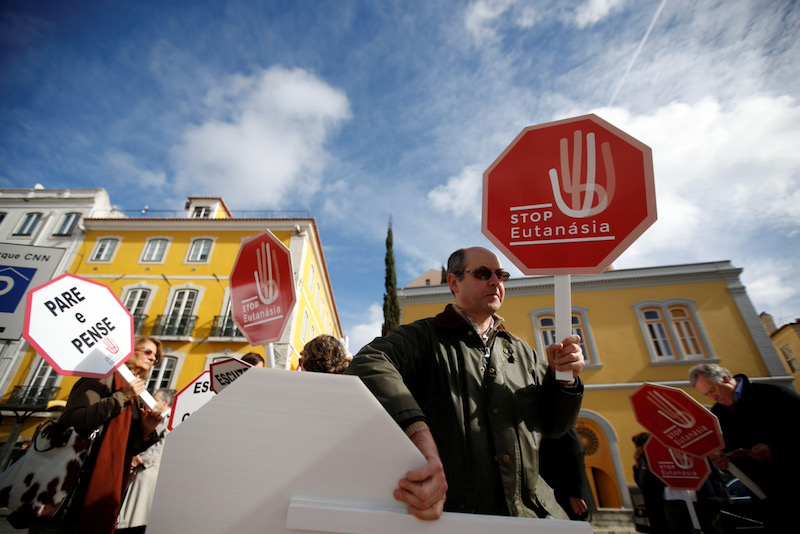 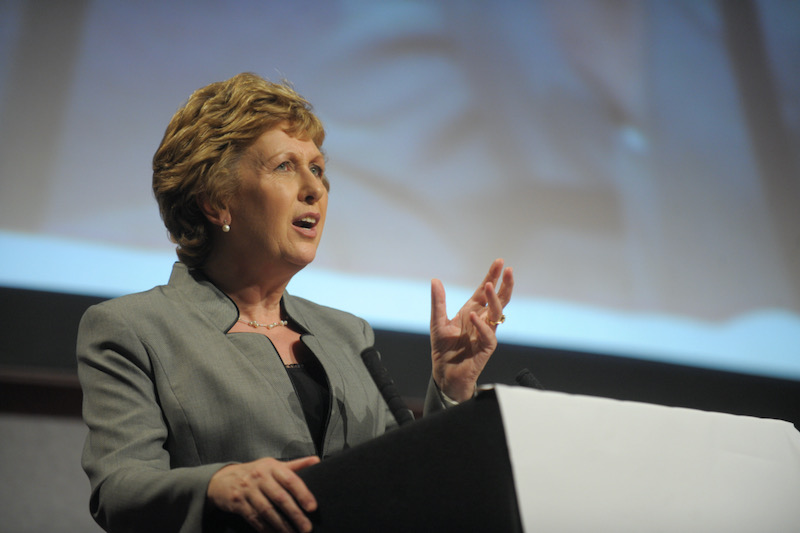 Mary Mcaleese was President of Ireland from 1997 to 2011.
F2images/Alamy

Former president of Ireland, Mary McAleese, has written to the head of the Catholic Church in Ireland appealing to him to “acknowledge the hurt” caused by the recent CDF document on blessing same sex unions.

In her correspondence to Archbishop Eamon Martin, seen by The Tablet, the former head of state describes the language in the two-page Responsum on the blessing of the unions of persons of the same sex as “gratuitously cruel in the extreme”.

Her correspondence to Archbishop Martin is accompanied by a letter she has written to The Tablet criticising the contents of the CDF’s document and Pope Francis.

Admitting that she did not expect the answer to the dubium to be positive, “I am not that naïve”, Professor McAleese adds that she did not, however, anticipate the “unbearably vicious language which can only have brought more heartache to our gay children and to us their families”.

“Heartache and hurt fired like a missile from the centre of governance of the Church. Foolishly I dared to hope the language might reflect a growing awareness of the damage Church language has already wrought.”

On Monday, the Congregation for the Doctrine of the Faith (CDF) issued a formal response to the question of whether the Church can bless gay unions. In its Responsum on the blessing of the unions of persons of the same sex, it concluded that the Church does not have the power to bless same sex unions as it was impossible for God to “bless sin”. Such unions are “illicit”.

While the Church should welcome gay people, the CDF writes, it should not bless their unions since any such sacramental recognition could be confused with marriage, and would “approve and encourage a choice and a way of life that cannot be recognised as objectively ordered to the revealed plans of God,” the document states.

Mary McAleese refers in other correspondence she recently sent to Archbishop Martin as President of the Irish Bishops Conference, seeking support from the Conference for the 2020 Global Interfaith Commission’s Declaration of the Sanctity of Life and the Dignity of all, “which acknowledges the harm done to our gay brothers and sisters by the language employed historically within faith systems”.

“Now I am writing again to ask if there is even one among you willing to acknowledge publicly that the language used in this most recent document from CDF is gratuitously cruel in the extreme,” she challenges.

“I appeal to you, please acknowledge the hurt these words of CDF and Pope Francis have caused and will keep on causing. You represent one of the key influencers of Irish society.”

She highlights how the Catholic Church in Ireland runs ninety percent of the country’s primary schools and fifty percent of its secondary level schools.

School children in faith-based schools have rights under the Convention on the Rights of the Child. “Our government is a State Party to that Convention (as is the Holy See) and thus a protector of those rights, she outlines. Among them is the right of our children not to be exposed to cruelly-worded teachings that conduce to homophobia by presenting same sex married couples as ipso facto sinful and incapable of receiving God’s grace.”

She adds: “We already know the dysfunction and damage those teachings have caused in the past and the message from the same sex marriage referendum was a resounding ‘Stop’. Did you not hear it?”

Referring to efforts in recent days by some clerics and bishops to challenge the language of the CDF document, she says this has been “heartening”.

“Their courage is commendable. Is there any vestige of such episcopal courage here?” she asks the Irish bishops and warns that “without it there can be no genuine synodal journey if that journey merely circles back to the starting place, like the CDF’s appallingly ill-worded explanatory memorandum to the responsum.”

The canon lawyer says the stance of the Irish bishops “bodes ill” for the synodal journey they, encouraged by Pope Francis, are inviting the faithful to embark upon.

“Is it really an open, honest, good faith invitation to a listening dialogue especially to those who have left the Church or who are hanging on by a thread? Or have the die already been cast? Is it little more than a thinly disguised project of the New Evangelisation at the end of which those who conscientiously disagree with aspects of Church teaching on a litany of well-rehearsed issues will be told in the words of the recent document from the CDF to ‘recognise the genuine nearness of the Church’ and ‘receive its teachings with openness’”, she says.

“In other words, expect no change on the part of the magisterium but expect to be asked to renew obedience to it despite your conscientious opinions. If that is to be the Synodal journey you can be sure it is already doomed to failure.”

In her letter to The Tablet, Professor McAleese recalls Pope Francis’ words in 2013, “Who am I to judge?” in response to a journalist’s question about gay Catholics.

She notes that the Pope, in using those words, had avoided using the “cruel” words of Church teaching on homosexuality and homosexual acts such as “objectively disordered” or “intrinsically evil”.

“More recently, he even seemed to support same-sex civil partnerships. But appearances can be deceptive, and words can raise expectations only to disappoint,” she writes.

She notes how, encouraged by Pope Francis’s spoken words, some cardinals, bishops and priests have offered blessings to Catholic couples who have entered same sex civil marriages.

“It is impossible to imagine the spiritual comfort, the hope and sense of inclusion this has provoked. It has also provoked this week’s withering response from the Congregation for the Doctrine of the Faith on the question whether the Church can offer such blessings. The answer is not simply an emphatic and disappointing ‘No’. It is a litany of judgmental statements wrapped in syrupy language which asks gay Catholics to recognise the genuine nearness of the Church and asks them to receive its teachings with openness.”

Noting that Pope Francis gave his assent to this document, she says he has firmly answered his own question ‘Who am I to judge?’.

“When he is on a plane shooting the breeze with journalists, he is the populist Pope who is trumpeted as the great reformer, a label he seems to relish. Behind his desk he is the Pope who toes the old hard line.”