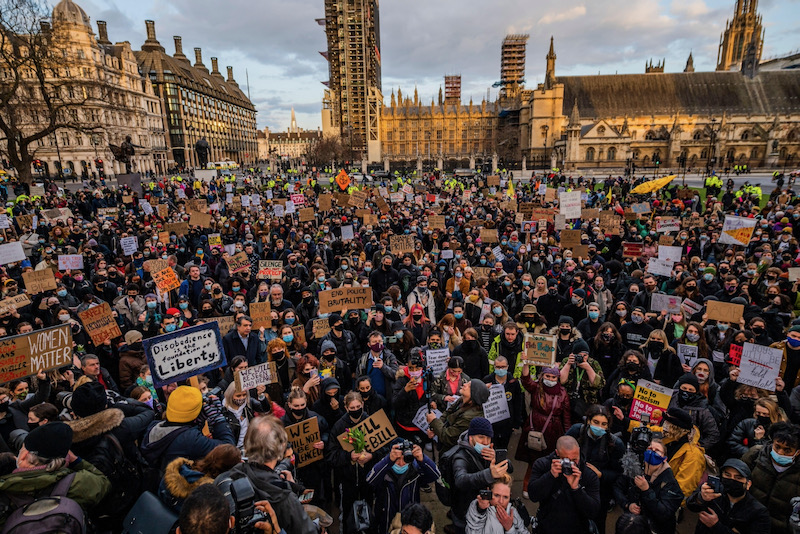 Welby condemns ‘sins of male violence’ amid vigils for Sarah 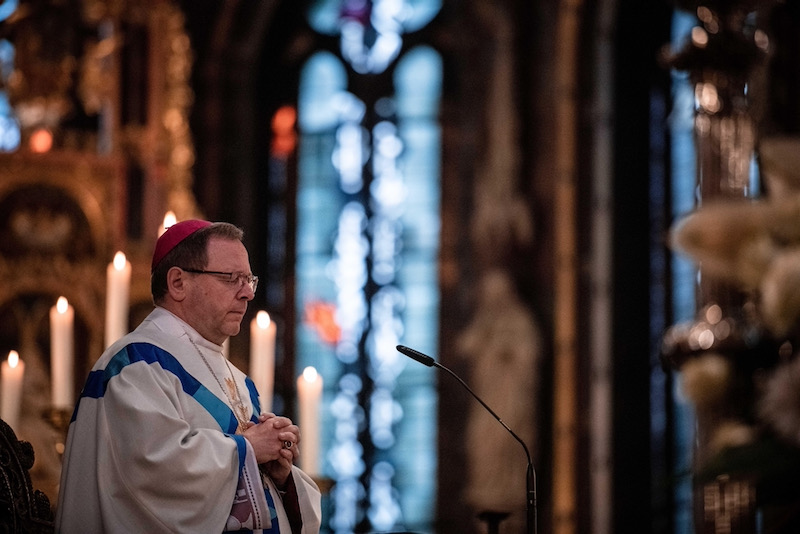 Georg Bätzing, president of the German Bishops' Conference, is 'not happy' with the ruling against same-sex blessings.
Fabian Strauch/Alamy

The head of Germany's Catholic bishops has indicated concern over this week's Vatican ruling that the Church can never bless same-sex couples.

The German bishops’ conference president, Bishop Georg Bätzing, told KNA on 15 March that he was “not happy” that the Vatican had now decided to participate so determinedly in the debate on blessings for homosexual couples.

“It suggests that one wants to end the ongoing controversial theological discussions [on the subject] in various parts of the World Church, including in Germany, as soon as possible,” Bätzing said. “That is, however, impossible, as the issue is being intensively discussed with good arguments, and theological inquiries concerning today’s pastoral practice cannot simply be got rid of by laying down the law.”

The Global Network of Rainbow Catholics (GNRC), a network of more than 40 organisations supporting LGBTIQ Catholics around the world, said: “This document is indeed a reactionary cry in response to the fresh air that is filling the Church from those parishes and lay communities around the world where blessings for same-gender couples are already a factual reality. The Vatican document, Responsum of the Congregation for the Doctrine of the Faith to a dubium regarding the blessing of the unions of persons of the same sex, uses dubious theological arguments to reject the claims of a living Church that wants to reform outdated Catholic teachings on sexuality.”

Michael Brinkschroeder, a Catholic theologian and member of the German GNRC member groups Homosexuelle und Kirche and QueerGottesdienst Munich, said: “Many German bishops have expressed their support of blessing ceremonies in the past and it is a relevant issue of the conversation of the Synodal Path. The chair of the German Bishops’ Conference has received the argumentation as a contribution to the ongoing conversation, but also said that it requires major and deeper theological arguments.”

The National Network of Catholic LGBT Groups in Brazil said: “We are following today the repercussions of the regrettable declarations of the Congregation for the Doctrine of the Faith, by refusing the possibility that priests of the Church bless unions between people of the same sex. It is with outrage, but without major surprises, that we become aware of both the denial itself and the arguments by which the document seeks to justify it.
“We are outraged, but we are not surprised, because in this document we see that face of the Church that Christ himself criticised so harshly in the doctors of the law of His time. We see there that face of the Church that appropriates the power to interpret the Word of God not to propagate Life and make it flow in abundance, but to close doors and refuse to go to its People. By losing sight of the message of service, unconditional love and acceptance of the Gospel, the law becomes dead letter. This is the face of part of the Church, which falls, once again, into the empty legalism so often denounced by Christ.”

The Congregation for the Doctrine of the Faith said in a statement issued on 15 March. ny form of blessing of a same-sex union is “illicit”. This judgment, the CDF said, is on the blessing of unions, not the people who may still receive a blessing as individuals.

However, the response to the question, “Does the church have the power to give the blessing to unions of persons of the same sex?” was “negative”.

The statement was a response to a question or dubium that came from priests and lay faithful “who require clarification and guidance concerning a controversial issue”, the official commentary accompanying the statement said.

“It is not licit to impart a blessing on relationships, or partnerships, even stable, that involve sexual activity outside of marriage — i.e., outside the indissoluble union of a man and a woman open in itself to the transmission of life — as is the case of the unions between persons of the same sex,” the explanatory note said. Pope Francis signed off both the statement and the note.

The statement sets a limit to the conciliatory approach to gay people that has marked the Francis pontificate, and contradicts calls from progressive bishops in Germany and elsewhere for approval of blessings of same-sex relationships.

While priests in Germany have been blessing such couples for years, the CDF said it was not permissible for clergy to pronounce blessings on any sexual relationship outside of marriage between a man and a woman.

The CDF employed the concept of “sacramentals”, a “category” to which blessings belong, to explain its ruling.  Sacramentals“have been established as a kind of imitation of the sacraments, [therefore] it is necessary that what is blessed be objectively and positively ordered to receive and express grace, according to the designs of God inscribed in creation, and fully revealed by Christ the Lord,” the explanatory note said.

Same-sex blessings are wrong, according to the CDF, because they would seem “to approve and encourage a choice and a way of life that cannot be recognised as objectively ordered to the revealed plans of God …  God does not and cannot bless sin.”

In comments published last year, the Pope expressed support for same-sex civil unions, saying that gay couples “have the right to be legally covered”, but he has also written: “There are absolutely no grounds for considering homosexual unions to be in any way similar or even remotely analogous to God’s plan for marriage and family.”