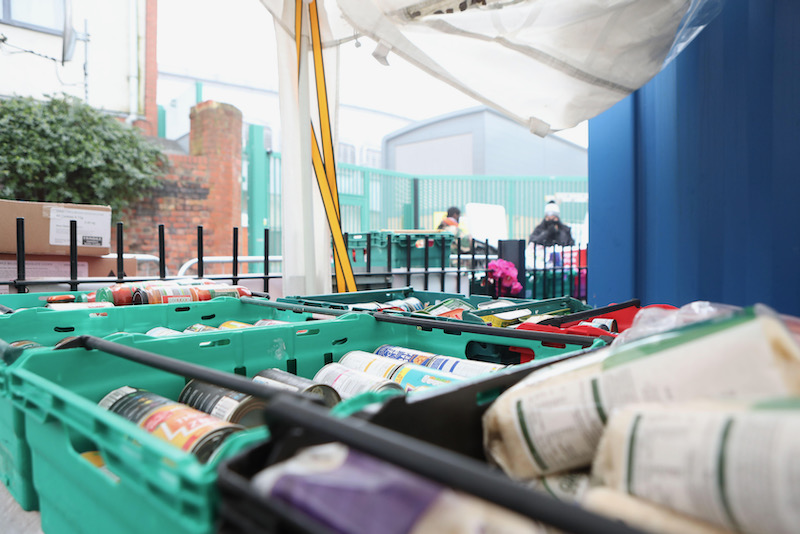 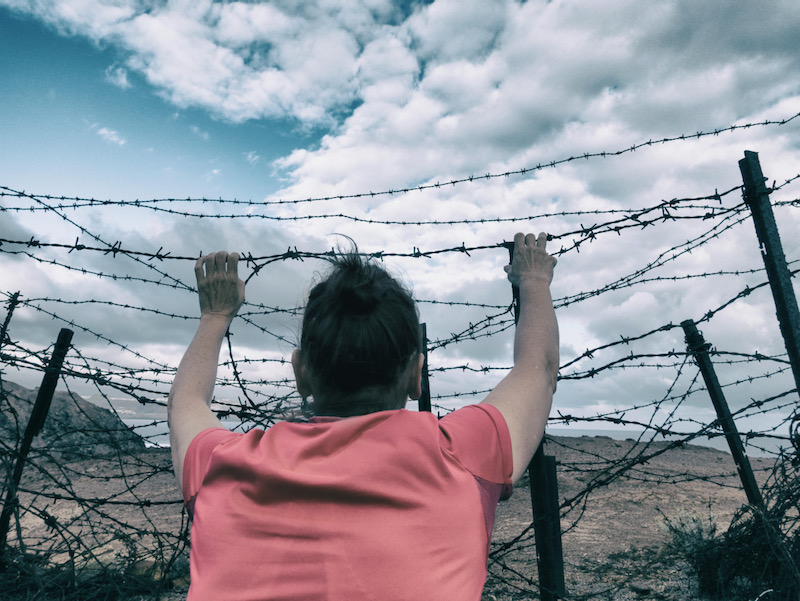 A woman looks out from behind a barbed-wire fence.
Alamy

The Covid-19 pandemic has shined a light on “overlapping inequalities” in society around the globe, a virtual conference on human trafficking has been told.

Good Shepherd Sister Winifred Doherty said the pandemic “has revealed fault lines” in current systems and structures that are “the carriers” of root causes of human trafficking for labor and sexual exploitation.

“Covid-19 has exposed and exploited overlapping inequalities as well as weaknesses in our social, economic and political systems and is now threatening to undo and reverse years of human development,” she said.

“The global public health crisis that is Covid-19 is exacerbating gender injustice while furthering economic inequalities in countries and between countries.”

The pandemic also “has been a wake-up call with regard to our interconnectedness across the planet”, she said.

Sister Doherty, who represents the Congregation of Our Lady of Charity of the Good Shepherd at the United Nations, spoke on the first day of the two-day “Shine the Light Human Trafficking Conference: Root Causes and Intersections on Human Trafficking”, which included survivors, service providers and advocates as speakers and drew close to 500 participants.

It was sponsored by the National Advocacy Center of the Sisters of the Good Shepherd along with Migration and Refugee Services of the US Conference of Catholic Bishops, US Catholic Sisters Against Human Trafficking, the Leadership Conference of Women Religious, the Columban Center for Advocacy and Outreach and the Sisters of Mercy of the Americas’ Justice Team.

The day Sister Doherty spoke was International Women’s Day, and she wished participants well for the observance but quickly added: “For so many girls and women, it is not a happy day, as girls and women for the most part do not experience gender justice or have their dignity upheld.”

Quoting UN statistics for 2018, the latest figures available, she said for every 10 victims detected globally, about five were adult women and two were girls, and about one-third of the overall detected victims were children – girls and boys – while 20 per cent were adult men.

“Trafficked children detected in low-income countries are more likely to be exploited in forced labor, and in higher income countries, (they're) more frequently trafficked for sexual exploitation,” she added.

Sister Doherty said she calls the main drivers of human trafficking – for labor and sex – the five Ps: pleonexia, or extreme greed for wealth or material possessions; privilege; pleasure, power and profit.

These “intersect with persons in poverty who are vulnerable, marginalised, dark-skinned and migrant”, she said, and disproportionately impact girls and women.

She praised anti-trafficking efforts that have brought about various policies and legislation to address the scourge of trafficking, but she challenged conference attendees to engage in newer levels of advocacy to address systems and structures that “privilege the few while creating and exploiting the vulnerable among us”.

She continued: “We need to look at the big picture – the interconnectedness of the web of all existence, the planet and all its people and raise our voices for new systems and structures that seek to uphold care economies, gender justice, eco-justice, social justice. If we don't do this, we're merely addressing symptoms.

“Once we see interconnectedness, we move beyond symptoms – and then we are truly on a journey of change.

“There are no easy answers, (but) if now is not the time to act on what the light has revealed, when will that time be?” she asked.

US Republican Rep Chris Smith also delivered remarks to the virtual gathering. Smith, an honorary co-chair of the conference, is the author of the Trafficking Victims Protection Act of 2000. He also wrote four other anti-trafficking laws over the years.

In the 1990s, when he first introduced what became the 2000 law, he said, it “was met with a wall of skepticism and outright opposition – dismissed by many as a solution in search of a problem”.

He continued: “For most people at that time – including lawmakers – the term trafficking applied almost exclusively to drugs and weapons, not human beings. Reports of vulnerable persons – especially women and children – being reduced to commodities for sale were often met with surprise, incredulity or indifference.”

But “with a tremendous push from the faith-based community, especially the Catholic Church”, Smith said, the bill became law “and created a new whole-of-government domestic and international strategy and established numerous new programs to protect victims, prosecute traffickers and to the greatest extent possible, prevent it in the first place”.

He said: “It included a number of 'sea change' criminal code reforms, including treating as a victim – and not a perpetrator of a crime – anyone exploited by a commercial sex act who had not attained the age of 18 and anyone older where there was an element of force, fraud or coercion,” he added.

Smith also raised concerns about the effects of the pandemic on human trafficking.

“While all of us are focused on combating Covid-19, one highly disturbing fact has emerged – the pandemic has put women and children everywhere at higher risk of exploitation, abuse and trafficking,” he explained. “As the world emerges from the pandemic, we need to prepare for and redouble our efforts to prevent and prosecute a likely explosion of pent-up predator demand.”

In a prerecorded message to the conference, McGovern quoted Pope Francis’ words urging the world to “lift the veil of indifference” about human trafficking.

“Let's be clear about what human trafficking is – it is slavery,” McGovern said, whether it involves child soldiers, children working in sweatshops, or young women forced into prostitution.

Human trafficking has been exacerbated by the United States' “own history of destabilisation” in countries such as El Salvador, Honduras and Guatemala, he said, and this “weighs on the destiny of those who suffer”.

McGovern said the US can and should do more to address the violence in countries that forces people to flee for their lives, resulting in them falling victim to criminal enterprises involved in human trafficking.

The US also can do better to assist the many nongovernmental organisations working to free victims from trafficking and start a new life, he added.