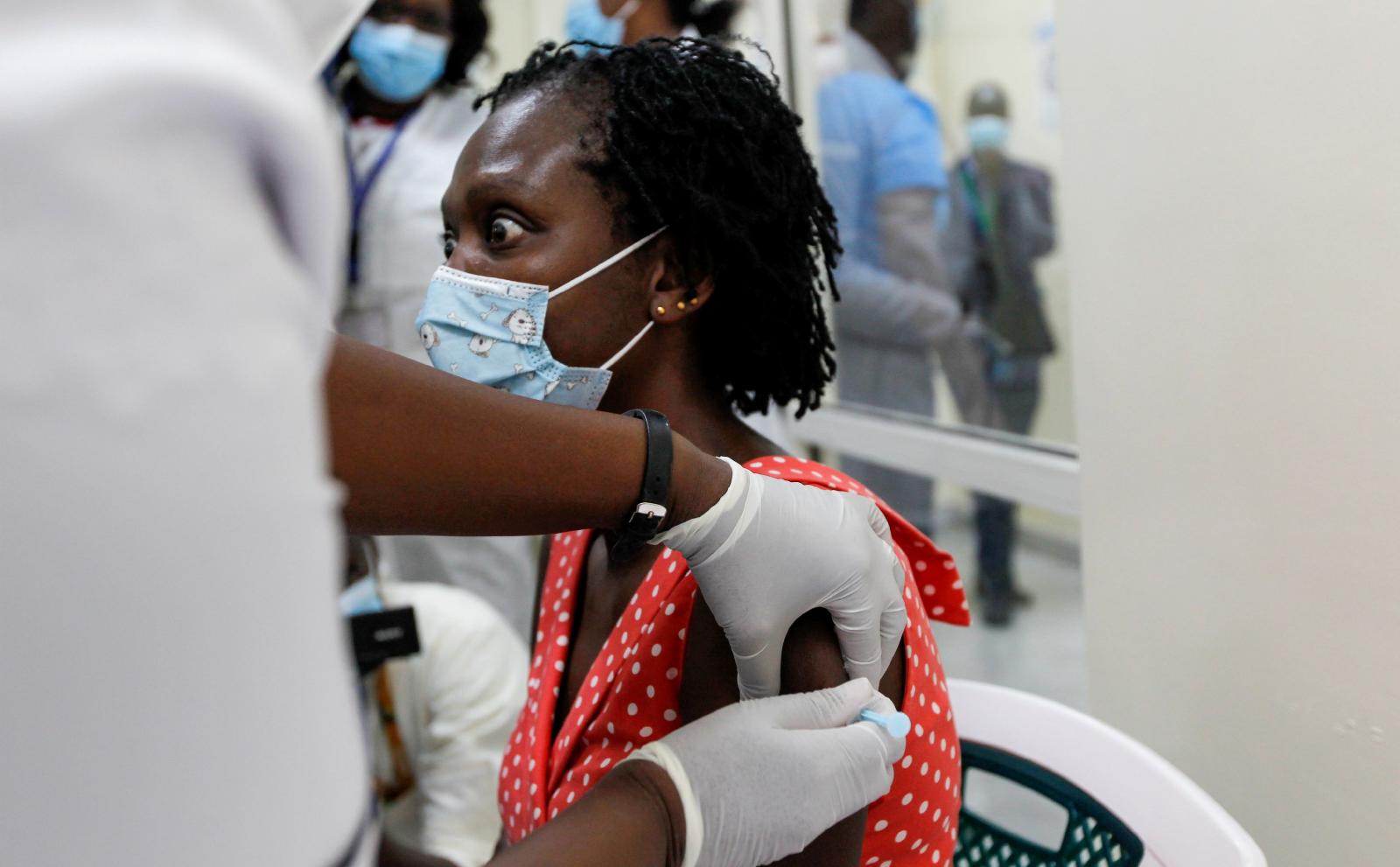 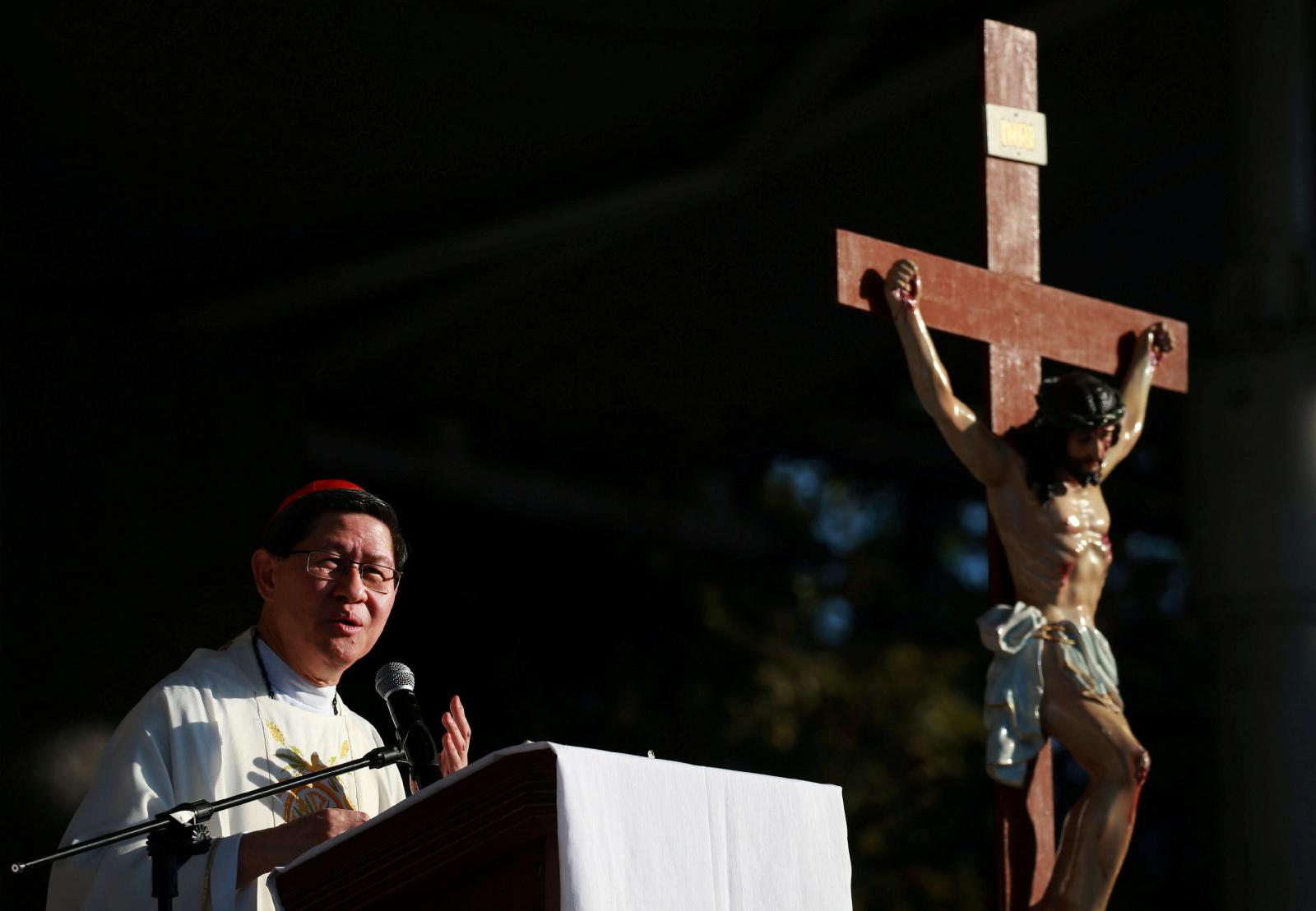 Cardinal Tagle, prefect of the Congregation for the Evangelisation of Peoples, pictured in 2019.
CNS photo/Eloisa Lopez, Reuters

Cardinal Luis Antonio Tagle, head of the Vatican's evangelisation congregation, has expressed concern over the “hijacking” of religion by populist leaders who sow division and exploit the anger of those who feel excluded.

Speaking after he delivered the 2021 Trócaire St Patrick's College Maynooth annual Lenten lecture March 9 on “Caring for the Human Family and our Common Home”, the Filipino prelate warned: “There is a growing sense in the world today of divisiveness, and unfortunately religion is being used to further division; sometimes even within the same religious affiliation you have divisions.”

Referring to the recent rise of populist leaders, Cardinal Tagle described the phenomenon as “the return of the powerful big-boss-type of people” some of whom “hijack religion”.

These so-called populist leaders know where the pockets of disgruntled people are, and they present themselves as messiahs, he said. They use religion as a “convenient way” of getting followers, he added.

The president of Caritas Internationalis noted that in the encyclical “Fratelli Tutti”, Pope Francis devoted several paragraphs to the matter of populist leaders who claim that they are defending the people, when in fact they are defending a certain group.

Speaking via Zoom from Rome, the cardinal said: “We need to study carefully why these leaders get followers; why do they become popular?”

He suggested that the pandemic could make the exclusion of people such as the poor and migrants worse, and that was why Caritas Internationalis had issued two documents calling for greater access to COVID-19 vaccines for the Global South.

“I hope this pandemic will teach us the lesson that we are really connected with one another and to the earth, and that what happens in one part of the world can have a universal impact. I hope we will grow in responsibility to others,” he said.

A close collaborator of Pope Francis, Cardinal Tagle said that although the pandemic may be restricting some exercise of the faith, it might also “lead to pastoral creativity, especially within families”.

Speaking afterwards, the Filipino prelate recognised that the pandemic has brought “a lot of suffering”.

The Prefect of the Congregation for the Evangelisation of Peoples admitted: “For us in the church, part of the suffering is that we want to provide pastoral help and pastoral guidance, but we cannot do it the way we were used to.”

However, he set the pandemic-related restrictions on worship in the context of the suffering of Christians banned from the practice of their faith. He said he had been inspired by Japan's “hidden Christians”.

Recalling how they had kept their faith alive for 200 years, Cardinal Tagle highlighted how Japan banned Christianity in the 17th century, and when it reopened its doors to Christianity in the 19th century, the French missionaries who went to Nagasaki were surprised to discover Christians who had survived all those years without church structures.

“In the midst of restrictions, it's the families, the laypeople, especially the mothers and the grandmothers, who passed on the faith. They were creative,” the cardinal said.

Acknowledging that the pandemic had disrupted parish life and the church's usual way of delivering services and catechetical formation because of the restriction on movements, he said this offered an opportunity to identify those aspects of Christian life and church life that “we have not paid attention to sufficiently” including “the role of the family in the transmission of the faith and the formation of families in the social teachings of the church”.

He said: “In the past, the transmission of the faith, the teaching of prayers and the catechism happened in homes. It was the parents or the grandparents who did it.” But with the development of specialised ministries such as religious education and catechists, this had declined.

“With the lockdown, children could not be brought to Sunday school, and catechists and teachers could not do their usual work. Are parents equipped to form their families, their children, their grandchildren and each other in faith and mission?” he asked.

“I think that the pandemic has opened up possibilities for us, but it has also become a mirror showing us where have we been weak in terms of Christian formation.

“This pandemic has led many churches and dioceses to reassess our usual ways of conducting mission and pastoral engagement. Even here in the Vatican, we are invited to reflect on what we call the 'normal' customary ways, to see how we can respond more adequately to the changing situation.” The mission does not stop, he said, and the question is: “How do we do it in a changed situation?”

Cardinal Tagle said his Trócaire Lenten reflection was an attempt to bring together the themes of Pope Francis's encyclicals, Laudato Si’, on care for our common home, and Fratelli Tutti, the call for universal social friendship.

He pointed out that many economic or political choices today are detrimental to the survival of the earth. “The irresponsible use of creation now prevents not only the transmission of a livable, habitable world to future generations, but it also violates a key element of the church's social teaching, which is that the goods of the earth are for all and must be shared by all.”