US bishops speak out against Equality Act 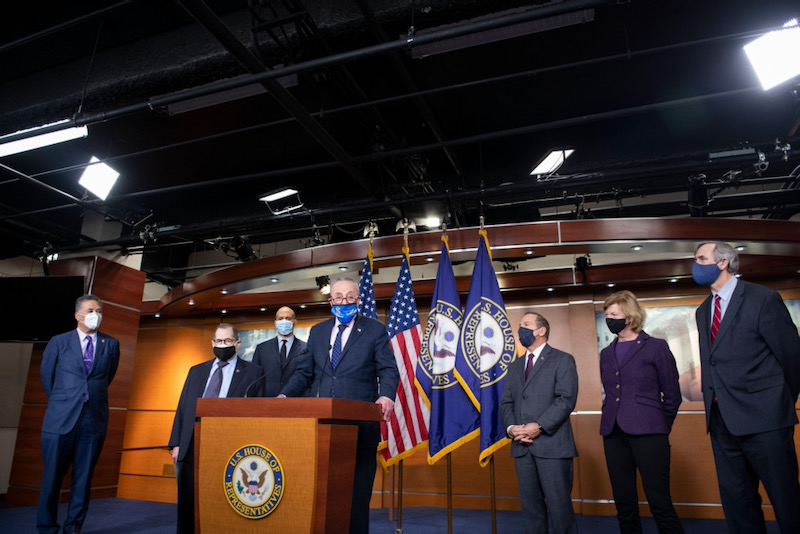 In a letter to all members of Congress, the US bishops’ conference voiced strong opposition to the Equality Act, a series of measures designed to end discrimination against US citizens on the basis of sexual orientation or gender identity. The bill passed the lower house of Congress along mostly party lines, 224-206, but is expected to have a more difficult time winning support in the Senate.

The most controversial parts of the legislation seek to advance transgender rights and to limit the right of religious organisations to exemptions from the law’s provisions.

Quoting Pope Francis’ apostolic exhortation Amoris Laetitia, the bishops wrote: “Biological sex and the socio-cultural role of sex (gender) can be distinguished but not separated.… It is one thing to be understanding of human weakness and the complexities of life, and another to accept ideologies that attempt to sunder what are inseparable aspects of reality.”

The bishops also argued that the law would infringe on the constitutional rights of faith groups. The proposed law would “punish faith-based charities such as shelters and foster care agencies, and in turn their thousands of beneficiaries, simply because of their beliefs on marriage and sexuality” and “discriminate against individuals and religious organisations based on their different beliefs by partially repealing the bipartisan Religious Freedom Restoration Act, an unprecedented departure from that law and one of America’s founding principles”.

The Religious Freedom Restoration Act (RFRA) specifically bars the government from infringing on religious expression unless there is a compelling government objective, and even then, the means employed must be the least burdensome on religious expression. That law passed Congress almost unanimously in 1993 and was signed into law by President Bill Clinton. Since that time, many abortion rights organisations and LGBT groups have sought to limit or overturn the broad protections RFRA afforded religious groups.

The letter to Congress was signed by five committee chairs.

Catholic news The Catholic Church in the US Equality Act