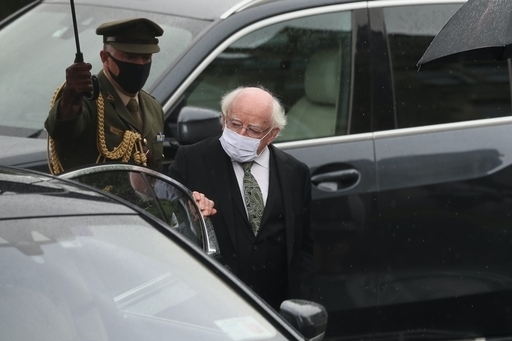 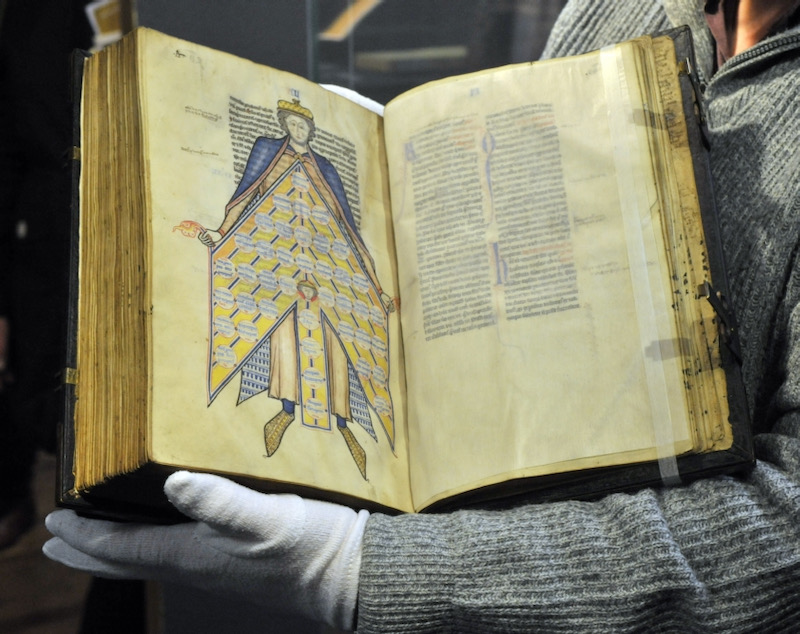 Should students study theology or religious studies or both? Picture shows a theological manuscript from 1246/1255 at the Museum for Thuringian Regional Studies in Erfurt, Germany.
Martin Schutt/PA

A new report challenges the “institutional predominance of theology” and warns that the discipline of religious studies “is in danger of becoming institutionally invisible”.

The report, recently released by the British Association for the Study of Religions, seeks to challenge a 2019 report by the British Academy that described how “the number of students studying theology and religious studies degrees has fallen by a third” since 2012.

The association's report says the fact that the academy “chose such a vulnerable discipline for their pilot study, without adequately considering the potential for negatively impacting that discipline, is disappointing, to say the least”.

“We demonstrate that in eliding theology and RS, the BA Report has critically misrepresented RS. We present data that shows that enrolment on single honours RS courses was rising until the introduction of fees in 2012, and the drop has since slowed. Moreover, joint honours courses with an RS component continue to grow. Yet a lack of clarity on HESA [Higher Education Statistics Agency] codes, a strategy to present a “united front” under the ‘TRS’ banner, and the ongoing institutional predominance of theology has obscured this fact.”

The authors break with the “united front” of “TRS”, and the bulk of the report is dedicated to contrasting religious studies favourably with theology, which is cast in a predominantly negative light.

They claim that theology is linked to “conservative and male-dominated institutions” and this accounts for its poor “gender balance” which “is a problem for theology, rather than RS.” The “methodologically theist” discipline of theology is contrasted with the “agnosticism” of religious studies. The authors also assert that “metaphysical claims are not the subject of religious studies” and give a definition of their field’s methodological approaches which excludes philosophy, and prioritises social scientific approaches.

Most strikingly they suggest that religious studies has been doing better than theology, arguing: “The rate of decline has been smaller than that of theology or TRS, and has actually been slowing.” The sample size of the report is extremely small – there were only 342 students within the 49 institutions the report considers studying pure religious studies in 2017/18, as compared to 2005 TRS and 644 theology single honours students. Moreover, the content of religious studies courses whether single or dual honours, is highly varied, with many also including theology as a component.

The report has a number of implications that may be troubling for those working in academic theology. One of the report’s authors, and president of BASR, Prof Bettina E. Schmidt, is deputy chair of the REF (Research Excellence Framework) sub-panel theology and religious studies, a body which evaluates university research and helps determine where government funding for university departments goes. The report has drawn criticism from those working in both theology and religious studies.

Speaking to The Tablet the primary author of the report, Dr David Robertson of the Open University, suggested that the report shows that “there needs to be a realignment of the balance of power and resources to better reflect the needs of students and the makeup of the modern university”. When asked if this meant he believed there should be “a pragmatic transfer of resources and posts” from theology to RS, he responded: “Yes, I do.”

Dr Jonathan Jong, assistant professor at Coventry University’s Centre for Trust, Peace and Social Relations, who works across the fields of psychology, anthropology and philosophy of religion, concluded that “the BASR response does not allow me to conclude that RS is ‘doing better’ than other aspects of TRS.”

Dr Jong suggests that the report reflects an identity crisis within Religious Studies: “It, perhaps inadvertently, does a good job of showing how difficult it is to disentangle RS from other aspects of TRS … Being ‘on the ground’, I can see why they would want to avoid the question. If they were to try to draw these distinctions, it is not obvious that the study of Koine Greek should be in a different category from the study of Sanskrit, or that the study of what late antique Christians believed should be in a different category of what medieval Muslims believed.

“It raises but does not answer critical questions about whether RS should exist independently from any other discipline at all, and not just whether it should be cleft from theology. Every time the BASR mentions things like the vast majority of AHRC funding going to departments outside of TRS or the fact 1/3 of its members are outside of TRS.

“I wonder what the value of RS would be as an independent university department. I certainly see the value of interdisciplinary conferences and associations like BASR: there, I meet anthropologists, sociologists, philosophers, psychologists like myself, and so forth. But this BASR report suggests to me that the future may well involve an increase in the dispersal of scholars of religion across different departments, each bringing the strengths of their disciplines. This is quite inconvenient from an undergraduate student's perspective, of course, who is interested in religions: but from that perspective, we face the problem again of why we should cleave T from RS.

“It claims that RS is interdisciplinary and non-confessional, but a lot of what goes on under T is also interdisciplinary and requires no theological commitment. Theologians are very often doing work that looks like history and classics and literary criticism … If it's just about cutting out the Christian bits, as the report sometimes insinuates, BASR should just say so. But that raises the question of whether to cut out the Jewish bits too, given the overlap. Surely BASR wouldn't want that.” [Editor's note: if you have made it this far, thank you for reading and please accept profuse apologies for all the acronyms, with particular apologies for where T is actually used instead of 'theology'.]

Professor Simon Oliver, Van Mildert Professor of Divinity at the University of Durham, expressed his disappointment at what he saw as the adversarial approach of the report: “Whatever the strengths and weakness of the British Academy 2019 report, the BASR response is a terrible missed opportunity to promote positively the study of religion. Instead of making the compelling case for religious studies in its various guises, the report takes a highly defensive and polemical approach towards theology.

“Religious studies and theology have flourished together in numerous departments around the country, especially when they are philosophically engaged. The opposition between allegedly confessional and non-confessional approaches needs to be overcome. We all confess something. Humanities disciplines are under extreme pressure in contemporary higher education. Working together at the highest pitch of intellectual engagement and critical collaboration is vital for our mutual flourishing. Defining disciplines against one another is a recipe for disaster.”