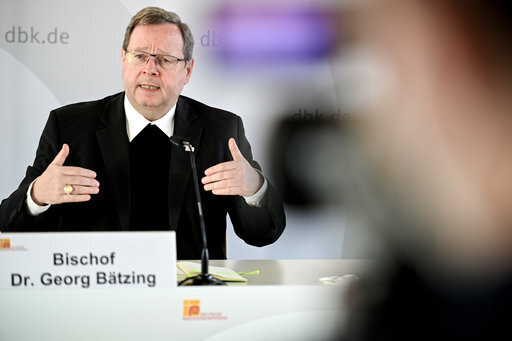 Church leaders in Portugal have welcomed moves by their country’s president to block a new euthanasia law, citing its imprecision and implications for human rights.
“I find it strange that the Twenty-First Century state feels entitled and duty-bound, in the name of civilisational progress, to foster a culture of death,” said Bishop Antonino Fernandes Dias of Portalegre-Castelo Branco.
“Nobody is going to ask parliamentarians to enter upon a metanoia process... We merely ask them not to forget the real problems of those who trusted them and whom they promised to serve.”
The 72-year-old bishop was reacting to a weekend letter from President Marcelo Rebelo De Sousa to the Constitutional Tribunal, questioning the compatibility of the law on “medically assisted death”, passed on 29 January, with Portugal's legal order.
Preaching on Sunday, he said “omniscient and omnipotent” legislators had ignored advice from top medical professors, jurists and bioethicists, while the centre-left government of premier Antonio Costa also appeared intent on using “fracturing causes” to conceal a crisis caused by Covid-19 and other national problems.
The law, merging five right-to-die bills, passed by 136 votes to 78 in the 230-seat Lisbon parliament, and will enable mentally fit over-18s to request assistance in dying if faced with “intolerable suffering, with extremely serious and permanent harm… or incurable and fatal disease”.
Backed by the Costa government, it will make Portugal Europe's fifth country after the Netherlands, Luxembourg, Belgium and Switzerland to allow euthanasia and physician-assisted suicide if eventually signed by De Sousa, a practising Catholic and law professor, who was re-elected president by a landslide on 24 January.
Parallel legislation, passed in December, awaits final senate approval in neighbouring Spain, while an assisted suicide bill was also tabled in January by centre-left parliamentarians in Germany.
Among other reactions, Archbishop Jorge Ortiga of Braga accused Portugal's parliamentarians of “legislating in haste” after rejecting a proposed euthanasia referendum in October, and said he counted on President De Sousa to “offer a glimmer of hope” by opposing the law.
Cardinal Manuel Clemente of Lisbon said legislators had not considered medical expertise, adding that he also hoped enforcement could be blocked by appeals to article 24 of Portugal's 1976 constitution, which states that “human life is inviolable”.
In his eight-page letter, President De Sousa said the law was “imprecise and defective” in failing to detail circumstances in which death could be approved for patients, and in assigning a “huge prerogative” to individual doctors. He added that it also used “excessively indeterminate concepts” in its clauses on permission requirements, and called in question human dignity and the constitutional right to life.
Catholics traditionally make up around 80 percent of the 10.3 million inhabitants of Portugal, which legalised abortion in 2007 and same-sex marriage in 2010, and was severely affected by recession and unemployment before the Covid-19 pandemic.
In a late January statement, the country's Bishops Conference expressed “sadness and indignation” that the law had been passed when efforts were being made during the coronavirus pandemic “to save the greatest number of lives”, and warned that the Church would “react energetically” to a measure which violated human dignity and represented “an unprecedented cultural setback”.
Portugal's Inter-Religious Working Group, incorporating Catholic, Protestant, Orthodox, Mormon, Adventist, Muslim, Jewish, Hindu and Buddhist leaders, accused legislators of succumbing to “moral nihilism and ethical relativism”, while the Association of Catholic Doctors also urged De Sousa to prevent Portugal from joining “an unworthy minority group of states that approve euthanasia”.
Back to articles
Back to articles