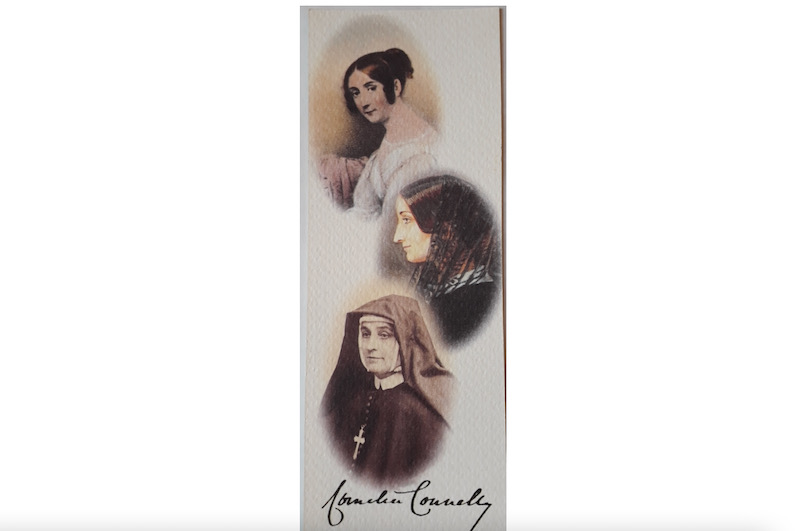 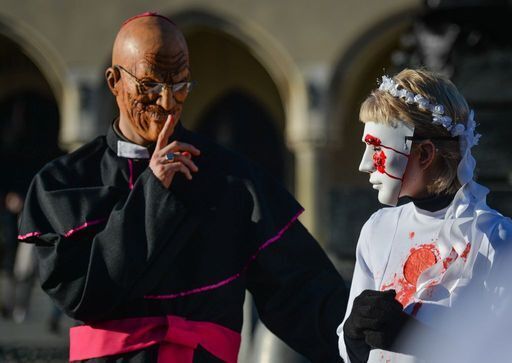 Activists dressed as clergymen and kids, their victims, during a protest against the institutional protection of sex offenders, in Krakow's Market Square December 2020..
Artur Widak/PA

The president of Poland's bishops' conference has urged “prayers and fasting” for those currently abandoning Church and faith in the traditionally Catholic country, amid falling Mass attendance and growing anti-clerical feeling among young people.
“I request this for those who have recently declared their departure from God and the Church, handing statements of apostasy to their parish rectors,” said Archbishop Stanislaw Gadecki of Poznan.
“Many have written of how they had no contact at all with their parish and no sacramental life – and how they deplored and could not accept that they were baptised forcibly as children before the age of consent”.
The archbishop made the appeal in a Lenten pastoral letter, as the Polish Church held an annual Day of Prayer and Penance for victims of clerical sex abuse and women's groups criticised Church leaders for supporting new restrictions on abortion.
He said many Catholics had abandoned the faith because of  “a lack of intelligible witness” by the Church, but added that opposition to child baptism was comparable to insisting “school teaching should only begin at age 18”.
“Sometimes such people have not upheld the principles of Christian morality, yet still feel offended by the sins of church people – while some who submit apostasy statements have been also deceived by anti-Church propaganda,” said Archbishop Gadecki.
“There is still a way back for those distancing themselves from God and leaving the Church community. But this leads only through conversion, so I am requesting prayer and fasting for such intentions”.
Just under 40 per cent of Poland's 38 million citizens regularly attend Sunday Mass, according to Church data in December, compared to 48 percent in 2000. The figure has fallen annually, with highest desertion rates among young people, in many cases following formal departure procedures, or “apostasy statements”, made available by an October 2015 Bishops Conference decree.
Although still high by Western Church standards, attendance rates are expected to have dropped sharply in 2020-2021, alongside a continuing decline in priestly and religious order vocations, under the impact of coronavirus restrictions, as well as current controversies over clerical abuse, abortion and other issues.
In his letter, Archbishop Gadecki said Lenten sacrifices should not be “an end in themselves”, but “a tool that helps organise life”, and should including working on personal character, feelings and spiritual life, as well as devoting time to neighbours, helping the poor and suffering, and supporting those “abandoned or afflicted by the pandemic in a great uncertainty about tomorrow”.
Back to articles
Back to articles